Review: Singam 2 roars louder than ever 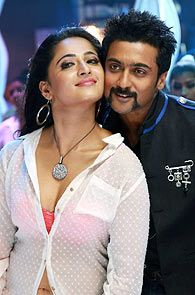 Duraisingam, the much-loved character of the 2010 blockbuster, Singam, starring Suriya, is back and he triumphantly returns with his family and friends for a second round of entertainment and applause.

The enthusiasm with which he is received is evident from loud screams, shrill whistles and thunderous clapping in packed theatres.

Director Hari Gopalakrishnan has dared to make a sequel of the hugely successful Singam, a proposition that is not only a rarity in Tamil cinema, but has also proved to be extremely risky in the past. Sequels do have a tendency to fail but Singam 2 obviously doesn't fall in that category.

The director has retained most of the original cast -- Suriya, Anushka Shetty, Vivek, Radha Ravi, Vijayakumar, Nassar and Nizhalgal Ravi -- and made some new additions -- the glamorous Hansika Motwani, comedy superstar Santhanam, and British actor Danny Sapani. Actress Anjali has been roped in for an item number. Prakash Raj, from the original cast, has been dropped.

Cinematographer Priyan wields the camera and the editing has been handled by VT Vijayan.

Singam 2 opens with a recap of its prequel, thus aptly setting the mood. Singam ends with Duraisingam (Suriya) accepting a new mission from the Home Minister (Vijayakumar). Though duly appointed as the Deputy Superintendent of Police, Tuticorin, Duraisingam is working undercover as an NCC commander, who is in charge of uncovering a smuggling racket that has been dangerously spreading along the coast of Tamil Nadu.

Satya (Hansika Motwani) is a student in the same school and has a huge crush on Duraisingam. As the story unfolds, we learn why Duraisingam does not marry Kavya (Anushka Shetty) as expected. Not knowing that Duraisingam is an undercover, his father (Radha Ravi) stops talking to him and refuses to let him marry Kavya.

The chief of the smuggling ring is a huge dangerous looking African Danny (Danny Sapani) and he supplies illegal drugs to two local smugglers in Tuticorin, Bhai (Mukesh Rishi) and Thangarasu (Rahman), who incidentally happens to be Satya’s uncle.

Meanwhile, Duraisingam continues with his underground surveillance operations to collect enough evidence against these drug lords. The rest of the story is about how the lion vanquishes its enemies.

Vivek, as sub-inspector Erimalai, has been sidelined in favor of Santhanam, who has his own comedy track. Santhanam shows us why he is such a crowd puller with his brilliant one-liners and incredible comic timing.

Hansika is the surprise element in Singam 2. Her avatar as a student is so deglamorised that you barely recognise her.

Anushka does not have much to do in the film.

In fact it is just Surya and only Surya all the way. Suriya's makeover with a stylish moustache was much appreciated in Singam and he continues to look handsome in Singam 2.

Predictably, the film has a lot of power-packed action sequences and the story races along with a tremendous pace keeping you engaged throughout. In spite of the number of characters in the film, the screenplay is extremely clear cut, with every role outlined beautifully.

The only negative would be the length -- the movie runs for almost three hours. A slightly shorter version would have created a greater impact.

Devi Sri Prasad (DSP) who had earlier composed the music for the original film returns here. Though not extraordinary, all the tracks are lively, peppy, and foot-tapping numbers. DSP manages to keep up with the tempo of the film with his racy background score.

The Hari-Suriya combination seemed to have worked its magic once again. The screen presence and charisma of Suriya coupled with brilliance of Hari’s screenplay and direction makes Singam 2 a joyful experience. 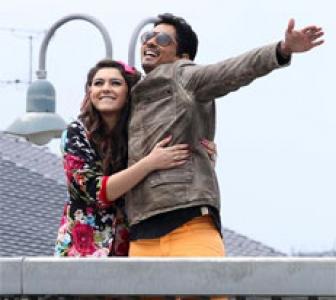 Namitha, Shriya, Tamannah: Who has the HOTTEST waist? VOTE! 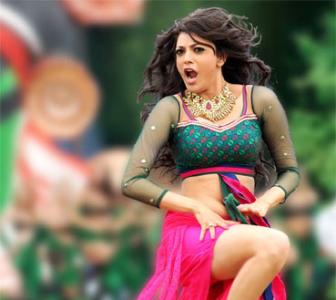 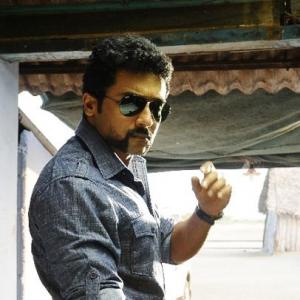 'Singham 2 will surpass all expectations' 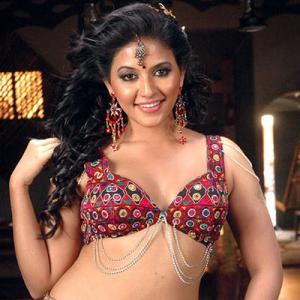