Review: Rockstar is flawed, but fabulous 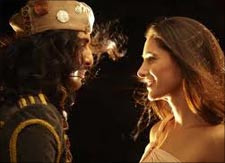 Indeed, Ranbir Kapoor is not an everyday occurrence. He's proved himself to be more than a portfolio and a surname with his absolutely marvelous ability to connect with the audience in a brand new skin each and every time. And that he's accomplished this in merely four years and 9 films is no mean feat.  Therefore, even though, the above-mentioned prediction, coming in the astute words of Shammi Kapoor, is meant for the unruly, untamed genius of Janardhan Jakhar aka Jordan, it holds true for his grand nephew as well. Our lad is meant for epic things.

Imtiaz Ali's Rockstar gives us a fair glimpse of that and more in a film that rides and roars on the strength of its leading man and composer A R Rahman, the twain dominate its every breathing, beautifully-lit frame (courtesy Anil Mehta's cinematography). As the behind-the-scenes Jordan, Rahman's contribution to this visual, vivacious, volatile treat is invaluable; the maestro conveys a myriad of moods, ranging from amorous to divine to ferocious to quixotic to melancholic, reflecting the erratic emotional graph of Ranbir's character.

For all those who expect it to be a contrived rags-to-riches story of how a gifted artist attains giddy heights of adulation, sells his soul to sex and drugs only to walk the path of destruction, delusion and redemption, all I can say is, get over Madhur Bhandarkar! Even though it's been projected as a tell-all tale of how a rebellious musician came into being, Rockstar is essentially a love story between two very curious individuals with an insuppressible connection and predilection for audacious to-do-lists.

In the tradition of Korean romances, the story is steeped in demure, picture perfect passions and unforeseen tragedy with Imtiaz-flavoured interjections every now and then. (As an interesting co-incidence, the filmmaker's next project is an official remake of a South Korean flick, My Girlfriend is an Agent.)

From an oafish North Delhi boy, sporting what looks like Big B's hand-me-down sweaters from Trishul, fishing for heartbreak at his mentor's suggestion in order to acquire a cool image like his idol Jim Morrison to an unshaven, troubled, defiant, long-haired music sensation with a peculiar, rustic wardrobe, the making of Janardhan Jakhar to Jordan is an offshoot of his fickle equation with the woman he loves.

Imtiaz chooses to keep it strictly about Jordan and his disastrous coming-of-age, blurring every other character or event in his life that doesn't take the story forward. The disjointed narrative cuts back and forth between flashbacks to present, across various locations -- Delhi, Kashmir, Prague and Rome -- in a perennial state of winter, to sketch a deliberately haphazard picture of its wounded hero.

Things aren't always so bleak. As a matter of fact, a major chunk of Rockstar is brimming with a wit and chutzpah that is characteristic of Imtiaz's street-smart, local-flavoured humor.

Among its many laugh out loud moments, is one where Ranbir walks into the college canteen with mock sadness written all over his face. He believes he's successfully achieved Mission Heartache following an altercation with the campus hottie, Heer (Nargis Fakhri). And what are the first words to come out of the despairing fella? 'Itni si chutney mein do samosa khaon mein?'

voice is dubbed by a grating someone else and her reaction while watching Jungli Jawani is akin to a school kid enjoying the circus, Nargis exudes a muted confidence and vanilla quality that is reminiscent of an earlier Katrina Kaif.

The youngster shares an explosive chemistry with her co-star, which makes the impulses of their characters, however morally questionable, easy to believe and accept. Kudos to Imtiaz for handling the intimacy and rush of their most sexual urges with elegance and sensitivity.

Together with Nargis, Ranbir pays Shammi Kapoor (making his final movie appearance) a beautiful tribute that celebrates the verve of the late legend and the dramatic scenery of Kashmir (Mehta's spectacular, snow-clad aerial shots of the lost paradise are alone worth the price of admission). The Yahoo star has not more than five scenes but every time he shows up, it's a moment to devour and cheer in awe and admiration.

Rockstar isn't entirely above flaws though. The irregular narrative could do with some smooth editing avoiding the uneven, jerky feel to the proceedings.

At some point, Jordan's deterioration starts to slip into a well of incoherence and stylish albeit long-winded symbolism involving guitar-in-flames and slo-mo vomit cutting to nifty shots of a shattered Jordan delivering a high-adrenalin stage act or entering a cheekily-documented scrap with the ever-snooping paparazzi.

But this figurative yet electrifying ambiguity only adds to the enigma of Jordan and his offended heart that glowers at everyone for his previously desired misery. Now that he's truly in a rotten place, he doesn't know what to do. This chaos of the mind is perceptively captured in a scene where a crushed and confused Ranbir explains his bewilderment to his sympathetic but powerless mentor turned manager ( Kumud Mishra is a revelation).

Rockstar, like Mani Ratnam's Dil Se.. or Ashutosh Gowarikar's Swades, is a heart-felt, inflexible vision of an insightful filmmaker. It is bound to generate polarizing responses. Either you will be able to hear the unsaid, draw your own subtext, understand Jordan's disdain for the system, disregard for his fans, sense the reason for the lingering rejection of his family and girl , read his eyes, see the pain and  feel his need to be treated normally again.

Or you will nitpick where he took his guitar lessons, why don't we ever see him talk to his mother, why did he not reveal his true feelings to Heer earlier on, why doesn't he care for idolisation, why are Heer's folks so benign and inconsequential, why does the film end without any drama or dhan-te-nan?

Make your own answers. Because, at the end of the day, this is Ranbir's tour de force and there's nothing derivative about his performance, which aspires to be a reference point in its own. Whether he's the guideless lout from St Stephen's, a subject of indignation at the hands of his family, a lovelorn Romeo barred from consummating his relationship or a badass, unwilling rockstar. Ranbir's heads-on approach to Jordan is rich in texture, nuances and caliber placing him far ahead of his immediate colleagues and in direct contention with the Khans, in bent if not box-office.

As the end credits roll, you walk out with an invisible bandana endorsing the mega Kapoor humming a verse from a song by his alter ego's idol:

The days are bright and filled with pain
Enclose me in your gentle rain
The time you ran was too insane
We'll meet again, we'll meet again. 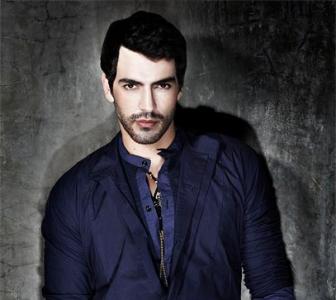 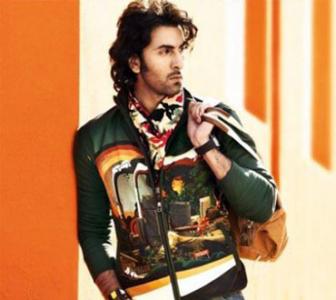 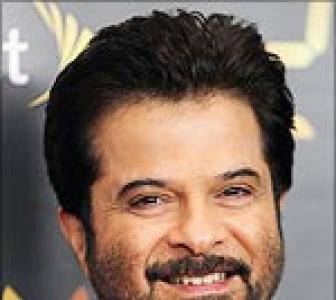 Anil Kapoor to produce and star in Indian version of 24 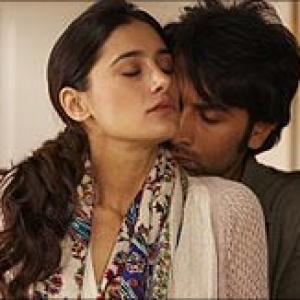 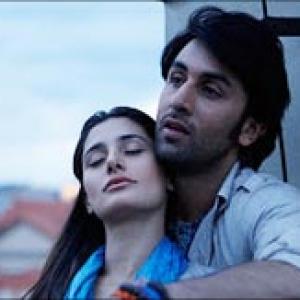