Review: Life Of Pi is a visual treat 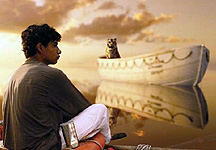 Rohit Khilnani feels Life of Pi works well visually but is a bit too long.

One of the best storytellers of his time, Ang Lee is back with another adventure -- screen adaptation of Yann Martel's novel Life Of Pi.

The story is told by a grown up Pi Patel (Irrfan Khan) in flashback to a writer (Rafe Spall).

The young Pi, son of an Indian zoo owner, is a confused kid. He is fascinated by different religions but doesn't quite know which one to follow.

He is moving to Canada with his father (Adil Hussain), mother (Tabu) and his brother (Ayan Khan) along with all the animals from their zoo when a terrible storm in the Pacific changes everything.

Pi survives the storm along with a few animals -- an orangutan, a hyena, a zebra and a Bengal tiger named Richard Parker.

Eventually, only Pi and Richard are left on the small lifeboat. Pi has to survive by saving himself from the hostile tiger. The relationship between Pi and the Richard is complicated.

There is fear, love, compassion and tolerance. He has to keep feeding the tiger, be it fish or just clean water to avoid being eaten himself. This struggle for a peaceful co-existence makes up for the most of the film.

A lot of it is the work of animation and is done very well. Suraj Sharma in the role of young Pi delivers a fantastic performance, you feel for the boy stranded in the middle of the sea.

Tabu, who plays Pi's mother has a short role but she plays it very well. Irrfan, as always, is remarkable. His expressions make the narrative more believable but his accent is weird and confusing.

Everybody who's watched Brokeback Mountain (the 2007 Ang Lee film that earned the director an Oscar) knows just how good Ang Lee is with depicting intense emotions. In Life Of Pi, it's the relationship between a tiger and a boy and how they learn to get along that is heartwarming.

The different ways the stranded duo resort to to survive shows that Lee has an eye for detail.

Rest of the job has been ably handled by the digital effects department. The whale, the dolphins, the flying fish and the glowing jelly fish are magical and add to the experience.

However, at 128 minutes, the film is a tad lengthy. Tighter editing would have ensured that it doesn't drag in parts. The 3D doesn't work too well and is nothing but an unnecessary distraction.

In the end though, Life of Pi is a one of its kind visual experience. 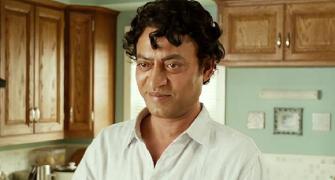 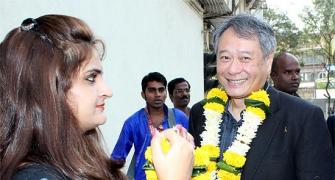 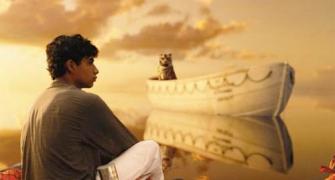 'Life of Pi is sheer excellence' 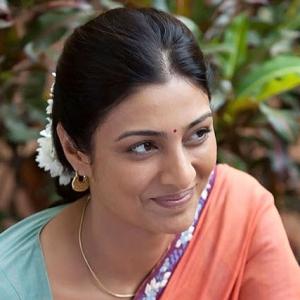