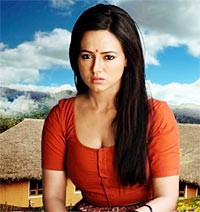 Climax, directed by Anil, tells the story of a bold starlet of yore who could carry a film on her slender shoulders just by appearing in a song or showing some oomph. No, it’s not the life story of Silk Smitha, and the disclaimer in the beginning says so.

This is the rags-to-riches story of Ponkudi (Sana Khan), a housemaid whose luck changes after she decides to be a screen actress. In time, she virtually rules the South Indian film world under a new name, Supriya.

The film opens with an offbeat film director Vincent Louis (Irshad) searching for a subject for his new project and the producer suggesting he make a film on the girl whom he had launched decades ago and who later committed suicide.

At first Vincent is reluctant to concede to the producer's demand, but after some persuasion he starts narrating her story, which unfolds in flashbacks.

Supriya was called a ‘bold’ heroine for appearing in skimpy clothes and doing titillating roles, but she abhorred the casting couch and remained thoroughly professional until she fell in love with a high flying businessman Ram Kumar (Suresh Krishna).

She moved into his bungalow to live with him. Then one day she discovers that Ram Kumar has a grown up son who is head-over- heels in love with her.

The story by Antony Eastman and the screenplay by veteran Kaloor Dennis are wafer-thin. There is no depth in the character of Supriya or in the plot.

Events unfold at a lethargic pace and in an uninteresting manner. The sexy quotient promised in such films is limited to a few songs which appear sporadically, slackening the pace of the narrative even more.

Sana Khan must feel disappointed if she expected to win an award or two with this film. She has nothing exceptional to do as far as emoting or performing is concerned. She just has to look desirable, like a porcelain beauty.

The same can be said of the character played by Suresh Krishna who seems to be sleepwalking through the film. What is more surprising is the fact that his grown up son and wife do not doubt his relationship with Supriya even though she is staying in a bungalow owned by him, and he visits her frequently.

Climax is outright boring and excruciatingly painful by the time it reaches its climax. 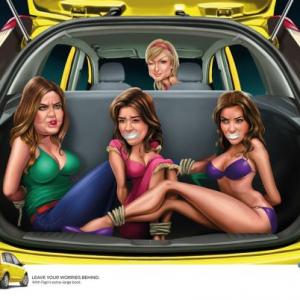 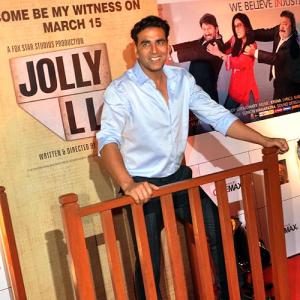