Review: Bioscopewala is a sweet film

'A movie to bring back memories of your innocent, carefree, childhood,' says Prasanna Zore. 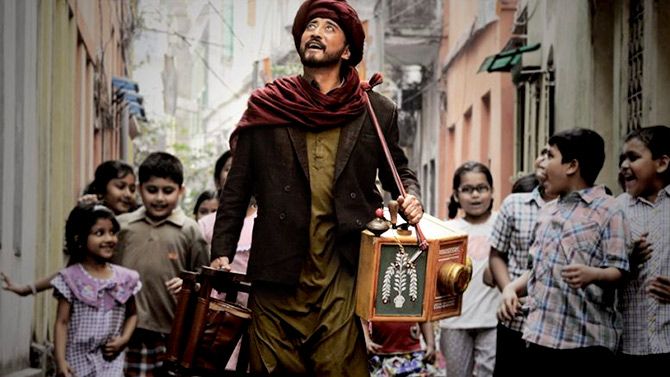 Debutant director Deb Medhekar's Bioscopewala, a contemporary adaptation of Tagore's Kabuliwala, is a sweet film, soothing to the eyes, and weaves a story of human suffering cutting across national boundaries.

A guilt-ridden father Robi Basu (Adil Husain) at the airport, on his way to Kabul, pens a confession to his estranged daughter (Gitanjali Thapa) that reaches her only as the last remains of her father whose aeroplane meets a fatal end.

Memories flood back vividly of an innocent childhood (Minnie played by Miraya Suri) pampered by the love and warmth of Rehmat Khan (Danny Denzongpa), the Bioscopewala, who in the 1990s is forced to migrate to Kolkata leaving his daughter and wife behind at the mercy of the Taliban as they destroy his village not only of its people and houses but also their free-thinking culture and Khan's love for cinema, as an expression of rebellion.

His love for cinema and his bioscope, which he brings along with him, helps him sustain through his loneliness in a strange city.

A chance meeting with Robi and through him with his five-year old daughter Minnie further gives him a sense of belonging and rootedness.

A special bond develops between Minnie and Khan whose bioscope regales children in her neighbourhood.

While this is beautifully crafted by Medhekar on screen, he fails to make sense of the reason behind the father-daughter estrangement.

Medhekar's Bioscopewala deals with a daughter's redemption as she sets on a journey from Kolkata to Kabul in search of Khan's family, which her father had set to do.

The film scores not only for some solid, believable, role plays by Danny and Thapa, but also because of the way cinematographer Rafey Mehmood's camera deliciously captures Kolkata and Kabul.

Bioscopewala is a sweet film to watch if you want to bring back memories of your innocent, carefree, childhood through the lens of the bioscopewala. 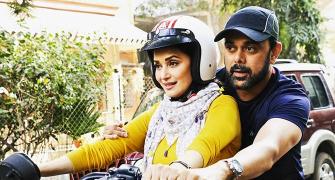 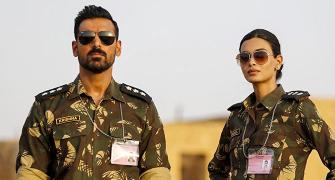 Ever played these fun Bollywood games? 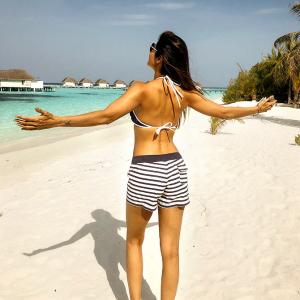