Given that this is a Prakash Jha film, drama does knock on the door, observes Joginder Tuteja. 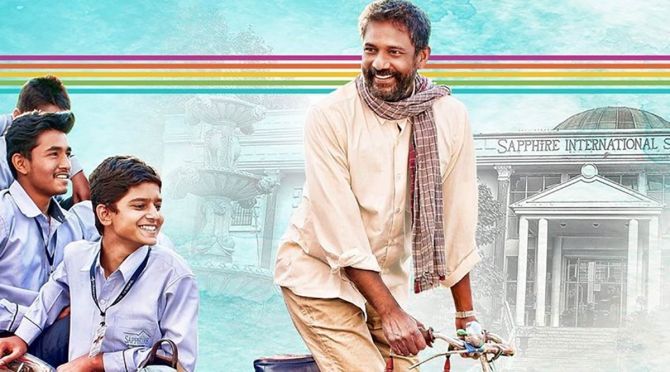 A cop talking about chemical formulae. Someone, who takes care of law and order in the day and then spends his 'me time' in a basti to tutor deserving students, even though he doesn't have any inclination to kickstart his own Super 30.

Well, Prakash Jha may have designed this as a sub plot in Pareeksha, but it turns out to be the most endearing part about the film.

If a poor 15-year-old boy from Ranchi (Shubham), the son of a rickshaw-wallah (Adil Hussain) and a utensils factory worker (Priyanka Bose), wants to give his 'pareeksha' from an international school instead of a government school, is it just his pareeksha or the one for his parents as well?

Are the lessons that are taught just the ones which are in the books or a lot more comes from what the life has to offer?

Does the law empathise with the 'cause' of the crimes that take place or just go by the 'effects' of what ends up happening to the family in question?

A lot of such questions are asked, and answered, by Prakash Jha, the man behind volatile movies like Raajneeti and Aarakshan (Pareeksha is closer to the latter film when it comes to dealing with education sector).

This isn't the kind of film that could have set the multiplexes on fire.

But it's not made for the festivals either.

It is there somewhere in between, and that's why an OTT release gives it the right platform.

When the film begins, you wonder how far will the core plot go. Yes, the family is poor and, of course, you know this will be the story of an underdog. But will it be a docudrama?

Given the setting, you don't expect the visuals to be glossy or feel good. After all, it is about a man slogging it out with his rickshaw on the streets of Ranchi with the boy finding a corner of his one-room slum house and trying to study.

But given that this is a Prakash Jha film, drama does knock on the door.

A series of shocking incidents take place in the father's life, but the bigger drama comes with Sanjay Suri's entry. Playing a friendly cop, he brings an unexpected dimension. It truly works for the film as well.

Of course, the film would have worked even better had it been more hard hitting.

The politician-angle during the pre-climax makes one wonder why Prakash Jha did not quite utilise this angle even more for that dramatic appeal instead of focusing more on the family's emotional turmoil. Had that been the case, Pareeksha would have taken a more mainstream direction.

But the film conveys its message well and the choice of actors does the trick. Whether it is the main cast or supporting actors, everyone has a definite role to play in Pareeksha.

This film is better aimed at the kids at home that earning the right education is nothing short of a privilege. 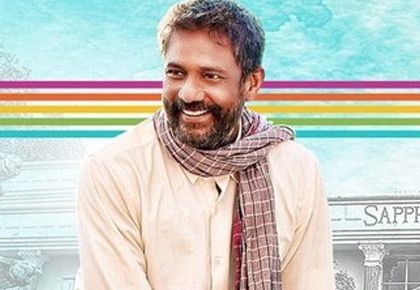 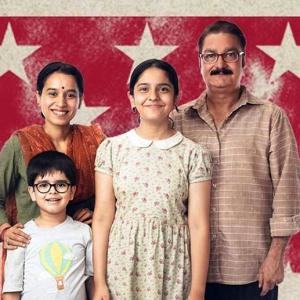