Review: Nothing new about Rajapattai's music 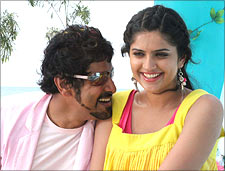 Director Suseendran's Rajapattai, starring Vikram, is one of the most anticipated Tamil films of the year.

Yuvan Shankar Raja has composed the music and Yugabharathi has penned the lyrics. The album is reminiscent of the 1980s but none of the songs stand out.

Haricharan sings Podippayyan Polave confidently, with a touch of breathlessness, and the song is all about the first bloom of love. The crashing beat fits in with the tune and there are shades of Iragai Pole as well. Mildly pleasing, but doesn't really pull you in.

The nostalgic 1980s mood is strong as Mano and Malathi give an energetic rendition of Villadhi Villaingal. If a retro effect was the intention, then this song certainly achieves it with its disco beats and crashing rhythms. An interesting song.

by Javed Ali and Renuka begins with a gentle, soothing prelude. The interlude adds pep and the steady pace and melody as the song progresses are captivating. It's not quite in the league of Yuvan's earlier romantic compositions, but it has its appeal.

Laddu Laddu, Rendu Laddu is a nostalgic throwback to the 1980s kuthu song except that the lyrics are all very much today, with their mishmash of English and Tamil.

There's not much in the way of music here, except for the veena interlude. Vikram's voice skims over the notes, while Priyadarshini and Suchithra make up for it with their enthusiastic renditions. Run-of-the-mill.

Yuvan Shankar Raja usually tries to bring something new to his work. In Rajapattai, his music carries a heavy 1980s flavour and if that was the intention, he has managed to achieve it. Despite this, the music doesn't really linger.

2G case: Raja likely to open his defence in trial next week 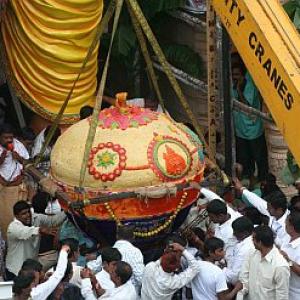