Kriti makes you smile and cry through her unexpected journey, notes Sukanya Verma. 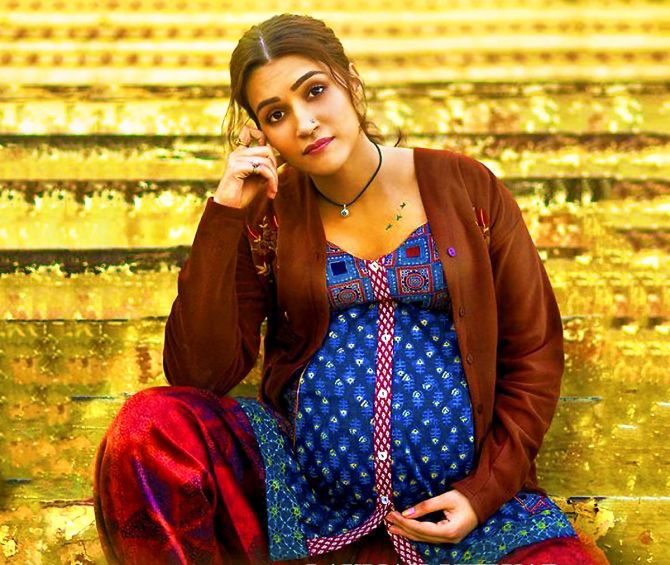 I am wary of unconventional sounding stories. They are usually the biggest spreaders of stereotypes.

On the surface, Mimi seems to be about a strong, spunky, single mother defying social norms to raise a surrogate baby on her own but what it really communicates is that a woman's ultimate gratification is dependent on motherhood.

It's an important role, no question.

But in Mimi it's the only one she is allowed to play, which is ironic considering the titular character is an aspiring actress.

Her celluloid dreams are nipped in the bud to embrace motherhood.

Even her name, which sounds like Mummy from the mouth of a lisping child, is unsubtle in reinforcing the thought.

Exalted choices and moral flexibility are regularly exercised in the flow of sentiment.

Earlier too, the contentious subject of surrogacy formed the theme of melodramas like Doosri Dulhan, Chori Chori Chupke Chupke, Filhaal and the Marathi movie Mala Aai Vhhaychy! -- of which Laxman Utekar's Mimi is an official remake -- where the focus on the emotional repercussions took precedence over the legal or medical angles of such arrangements.

Mimi does away with the waterworks behind why a pair cannot conceive and cuts to an American couple (Evelyn Edwards, Aidan Whytock) womb shopping in small-town Rajasthan.

'It's a factory out there,' the woman scoffs following a black marketer's phone call.

The uncomfortable truth in her words is never treaded on instead we are treated to a folksy A R Rahman item number.

Finalising furniture takes more time and thought than this but in Mimi's convenient universe -- where the only way to explain surrogacy is sugarcane and barren field analogy, parents (Supriya Pathak, Manoj Pahwa) dress like Rajasthani puppets and Muslim is synonymous with every Bollywood stereotype you've ever know -- nothing comes as a surprise.

Just for the sake of obstacle, Mimi throws in a complication regarding the unborn leaving the voluntary mom to do all the rearing.

I would have respected this sudden twist in the plot if Mimi had the spine to own it and not use it as a cheap plot device it has no intention of honouring.

But just like her pregnancy montage, her disappointment too is chronicled in a lyrical Rahman melody.

Rahman's songs are filled with soul, especially Rihayee De which sounds like Rang De Basanti's Tu Bin Bataaye doused in Enya and elevates the film's ordinariness to work of depth.

Mimi's overnight wisdom and maternal instincts are as hard to digest as is her concern over her perfect figure was easy to believe.

As hyped up her 'Devaki bhi tum Yashodha bhi tum' stature is, Mimi's mom face appears only when she is threatened or defensive. It's never a natural extension of her persona. One never gets a sense of her so-called struggle in society nor any memory of her ambitions.

Pankaj Tripathi has the gift of heft, which comes in handy when he has to demonstrate his decency and humanity as a man standing by Mimi.

The foreigners get the short end of the stick but seem quite adept in the Hindi film school of rona dhona.

Despite wishy-washy characterisations and easy conclusions to messy situations, Mimi scores in Kriti Sanon. The actress wholeheartedly transforms into a picture of ambition and attachment.

Finding joy in the unexplainable with her heart proudly over her head, Kriti makes you smile and cry through her unexpected journey.

Mimi wants to make a mom out of her. What I saw is the birth of an artist.

Mimi is streaming on Netflix. 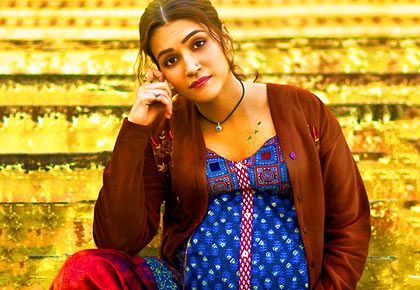 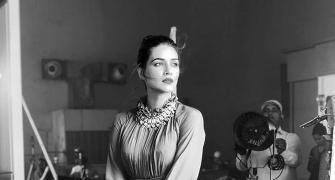 The AMAZING life of Kriti Sanon! 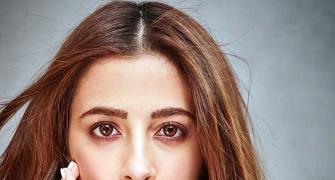 'Kriti is a hopeless romantic' 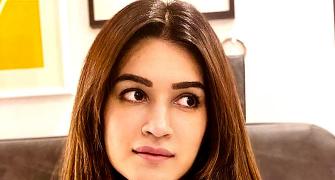 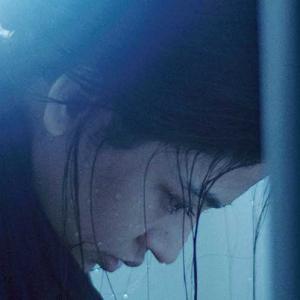