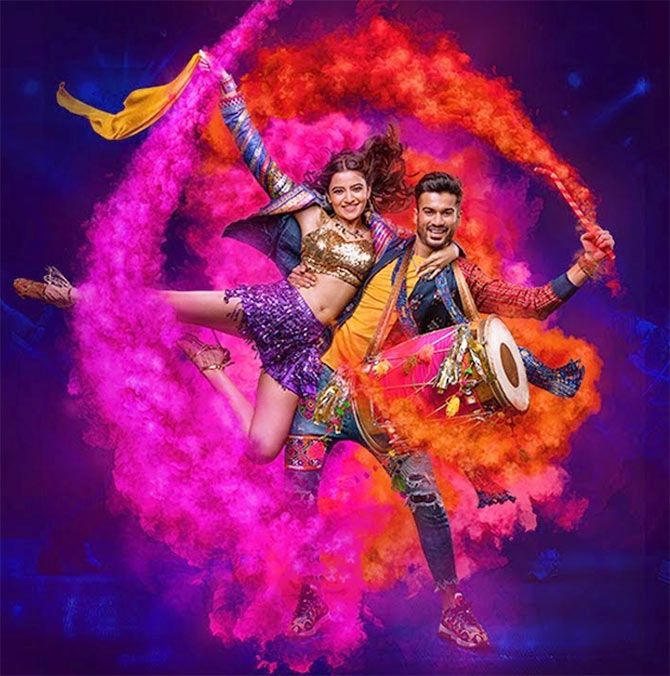 Actors need only an excuse to break into a dance in Bollywood spectacles.

But in first-time director Sneha Taurani’s Bhangra Paa Le, celebrating the age-old Punjabi folk dance form, it forms the core and catalyst across two timelines running parallel between the past and present.

What is immensely watchable around these flaws is a promising Sunny Kaushal -- who, by the way, bears an uncanny resemblance to Kunal Khemmu even though they’re not related. (Vicky Kaushal is.)

After leaving a fiery impression as the hockey-playing Sardar in Gold, the young lad takes centrestage as Jaggi Singh, a bhangra-obsessed college-goer in Amritsar spearheading his team of Khalsa college mates to take on their cutthroat rival, the unfortunately named GNDU at an inter-college festival.

Winner of said contest will receive a sponsored trip to London and a direct entry to compete internationally in Bhangra Battle.

Simi Kohli (Rukhsar Dhillon), a spunky dancer he bumps into a wedding and hopes to bring on board to improve his chances at a win turns out to be a GNDU-ite. Amidst their cute meet and uh-oh realisations, the story reels off to focus on Jaggi’s granddad, also played by young Kaushal.

Posted in the British Indian army during World War II to boost the morale of the troops with his ‘rhythmic, energetic and aggressive’ display of bhangra, the sliver of a plot relies purely on Kaushal’s soulful charm and Shriya Pilgaonkar’s wholesome loveliness to create a sense of a romance that would inspire his future generations.

There’s more longing and belonging in their few and far between interactions than Jaggi and Simi are able to convey no matter how much vodka they gulp down throughout the film.

The latter doesn’t have anything close to a chemistry though Dhillon tries hard for Anushka Sharma in Band Baaja Baaraat’s sassy vibe and Kaushal is effortlessly disarming.

Taurani directs their scenes plainly, sans any filminess, even in places where some fuss and flimflam would make a world of difference. As a consequence, Bhangra Paa Le deprives its viewer of any emotional connect.

As do his feelings for Simi, which are thrown in and out of context as per convenience while the mood frantically shifts between Love Aaj Kal to Aaja Nachle to ABCD 2.

When it does get all dramatic highlighting its character’s resolution to overcome his circumstances, Bhangra Paa Le’s previous inclination to keep it low-key is ditched to embrace corny sentiment.

Bizarre to and fro tonality aside, Kaushal’s portrayal never loses sight of the earnestness he stands for. The man’s got swell moves as well.

Co-star Dhillon, on the other hand, is no great shakes.

Neither her gawky dancing nor flimsily treated daddy issues, abandoned by her father (Samir Soni) after he ran off to London as an illegal immigrant, give her much scope for muse or melodrama.

This staggering shortage of masti in its dance and pulse in its music -- inevitably falling back on remixes from Karan Arjun and Rangeela for gusto -- never let Bhangra Paa Le soar as a musical it so desperately wants to be.

Sukanya Verma is the Principal Movie Reviewer for Rediff.com. One of the most perceptive observers of Hindi cinema, Sukanya has a dazzling portfolio of features that have engaged Rediff.com readers for 20 years. You can read her features at https://realtime.rediff.com/news/-sukanya-verma She can be contacted at mailto_sukanyaverma@rediffmail.com 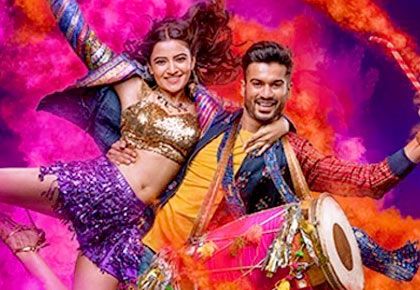 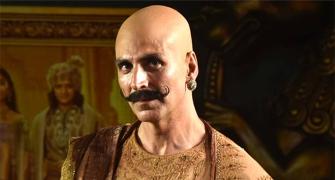 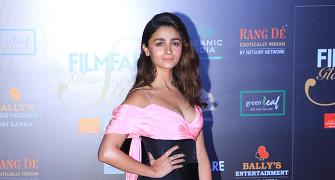 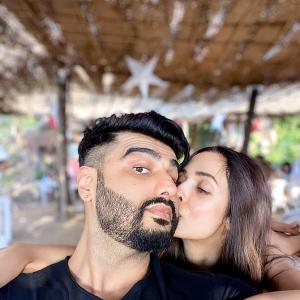 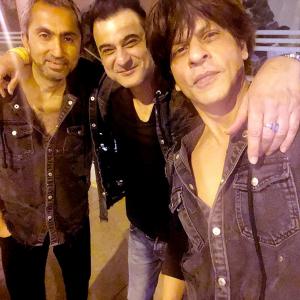