Will Mudbound get Netflix an Oscar nomination?

Even as the Academy of Motion Picture Arts and Sciences decide if a film backed by a streaming service qualifies for a 'regular' feature nomination, both critics and audiences hope Mudbound makes it to the Oscars, says Nikita Puri. 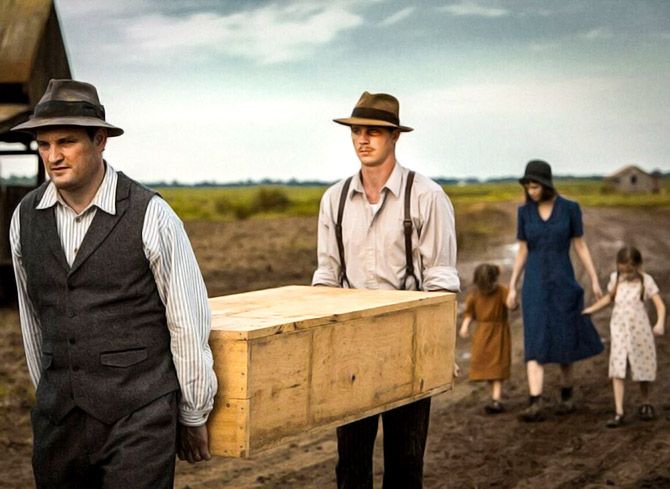 The film opens with two brothers digging a grave for their father in Mississippi in the 1940s.

The heavy rain doesn't make the task any easier.

When Jamie McAllen (Garrett Hedlund) realises he is minutes from drowning in his father's grave, his elder brother Henry (Jason Clarke) is nowhere to be seen.

A sense of foreboding sets in right at the beginning of the film.

The land they are digging is their own. But also, they find, it is land they share -- with the corpses that they accidentally uncover while finding a place to lay their father.

They also share it with the living, who nurtured it long before the McAllens laid claim to it. 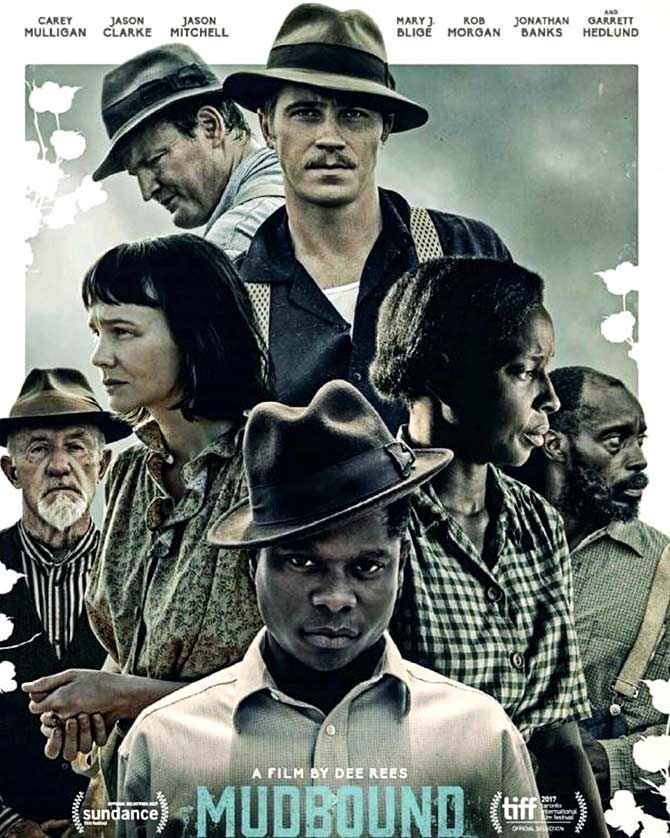 IMAGE: Mudbound released at the Sundance film festival on January 21, 2017.

Based on Hillary Jordan's novel by the same name, director Diandrea 'Dee' Rees's Mudbound is an honest portrayal of America in the 1940s. It vividly captures the changes that came before and after the Second World War, or rather the changes that didn't come.

The McAllens are a white family who have just acquired a farm.

The Jacksons are the black tenants who till that land.

The families have no prior history with each other, yet they are each partakers of an older narrative based on the colour of their skin.

The social norms that follow this divide fuel the tension in this period drama. 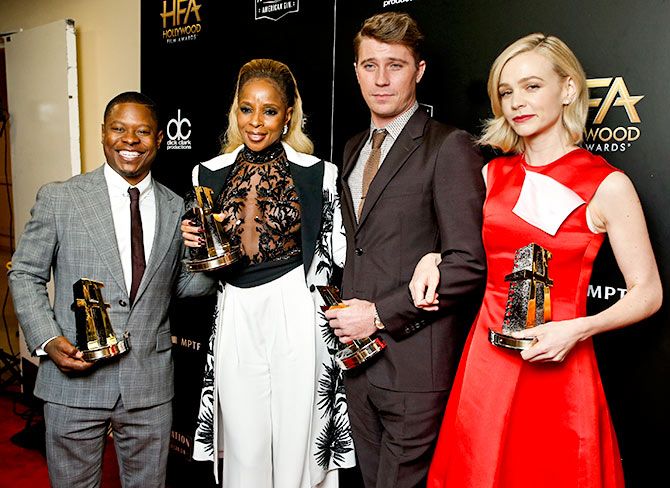 As a case study of characters, Mudbound allows us to connect with these characters.

The audience, for instance, knows that Jamie is everything his brother Henry isn't. He's charming, considerate and romantic.

Henry is aware of this difference; so is his wife Laura (Carey Mulligan).

In the other household, while one of Jackson's sons wants to be a farmer like his father, his daughter dreams of becoming 'the first coloured stenographer'. 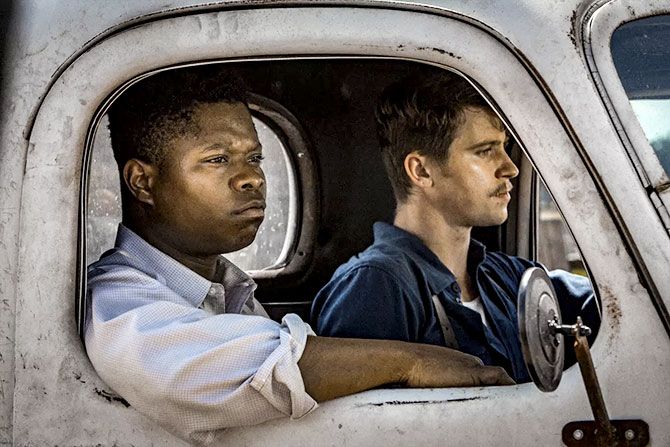 IMAGE: Mudbound is set in a time when riding with a coloured man in the front seat was strictly forbidden in the US.

Helped by top-notch editing, the film is narrated back in time and showcases relationships born of unexpected circumstances.

When Jamie returns after the war, so does Ronsel (Jason Mitchell), one of Jackson's three sons.

Both have seen friends die.

Both have killed for their country. Both display signs of Post Traumatic Stress Disorder.

In many ways, events may have gone differently if not for the war.

If Ronsel hadn't fought on the frontlines, steering tanks through Belgium and France, he may have never realised that Europeans, unlike his countrymen, didn't treat him differently.

If the Oxford-educated Jamie hadn't seen the ravages of war up close, he may never have offered Ronsel a drink from his bottle or given him a ride up front in his truck.

This was a time when riding with a coloured man in the front seat was strictly forbidden in the US.

Details such as these enrich the story.

For instance, when Ronsel bumps into the McAllens in a department store for the first time after the war, Pappy McAllen (Jonathan Ray Banks), who has just finished welcoming Jamie home, isn't pleased to see a black man wearing the military uniform.

And when Ronsel is about to walk out the front door, instead of the back, he accuses him of not knowing his place.

Almost as a complement to the film’s cinematography, when Laura walks across a mucky sienna field covered in boot-shaped patches, she says, 'I dreamed in brown.'

Such is the brilliance of Rachel Morrison's cinematography that every shot is hauntingly evocative and thick with portentousness. 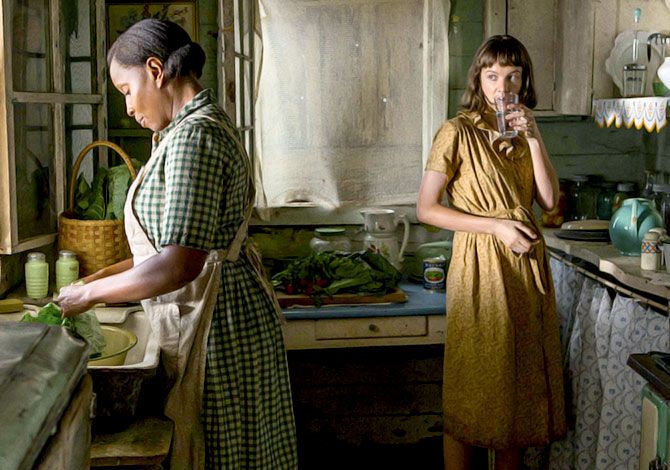 IMAGE: Highly sensitive in its portrayal of an America divided by colour, Mudbound is an ambitious project to weave together several narratives.

Even as panel members of the Academy of Motion Picture Arts and Sciences decide if a film backed by a streaming service qualifies for a 'regular' feature nomination for an Academy Award, Netflix's Mudbound continues to drum up support.

Highly sensitive in its portrayal of an America divided by colour, Mudbound is an ambitious project to weave together several narratives. It does so brilliantly, and in a manner that is as contemporary as possible.

On the surface, it may appear that the land is all that matters: Some crave it, others own it, but everyone slogs on it, working till their bones break and the blisters on their hand tear open. But barely do the protagonists focus on land.

Packing in six varying perspectives is no mean feat, but Rees makes it appear seamless.

Combined by stirring performances such as Rob Morgan's (who plays Hap Jackson), it's no surprise that both critics and audiences are hoping Mudbound makes it to the Oscars. 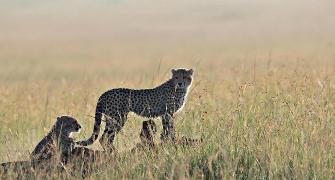 The show no photography buff should miss 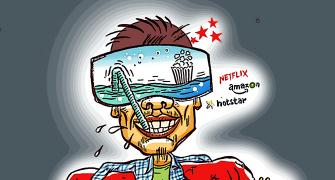 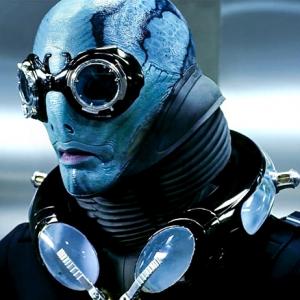 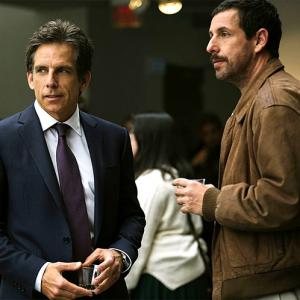