News
Business
Movies
Sports
Cricket
Get Ahead
Money Tips
Shopping
Sign in  |  Create a Rediffmail account
Rediff.com  » Movies » Who's Who in Baahubali: A Quick Guide

Here’s a spoiler-filled recap of the key players in the riveting saga!

It’s only fair to expect unprecedented excitement around its second and final installment, Baahubali: The Conclusion.

With Baahubali: The Conclusion hitting the screens this Friday, here’s a spoiler-filled recap on the who’s who of the riveting saga. 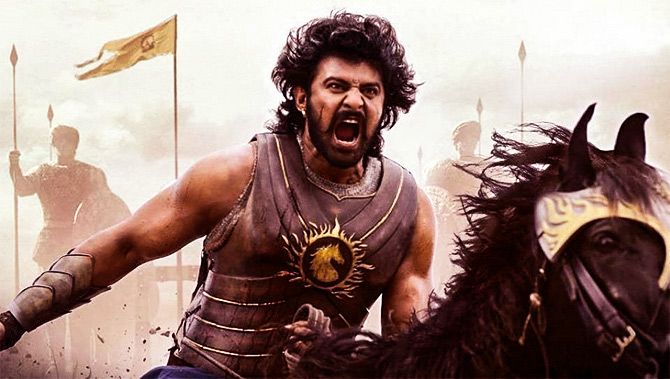 Amarendra Baahubali is the Prince of Mahishmati, raised by his aunt Sivagami after his parents pass away. A portrait of courage and compassion, his excellent warfare skills and willingness to put others before him make him a darling of the kingdom and Sivagami.

Although competing with cousin Bhallaladeva for the crown, he doesn’t harbor any ill will and is oblivious to the latter’s resentment.

Baahubali’s ethical ways win both -- a battle against the evil Kalakeya and Sivagami’s heart -- resulting in his accession to the throne.

All we know at this point is, he’s dead and his all grown-up son Shiva is ready to take his place. A critically wounded Sivagami leaves baby Shiva in the care of a tribal family.

Unaware of his royal roots, Shiva grows up to be super strong, super adventurous and super curious about Mahishmati and after countless failed attempts succeeds in scaling a dangerous waterfall.

He bumps into Avanthika, a spirited warrior of an underground resistance and promptly falls in love with her. Soon enough he’s in Mahishmati acting as proxy for Avanthika’s mission -- to rescue Devasena -- when his resemblance to Baahubali attracts everyone’s attention.

And then the big reveal -- Devasena is Shiva’s real mother. 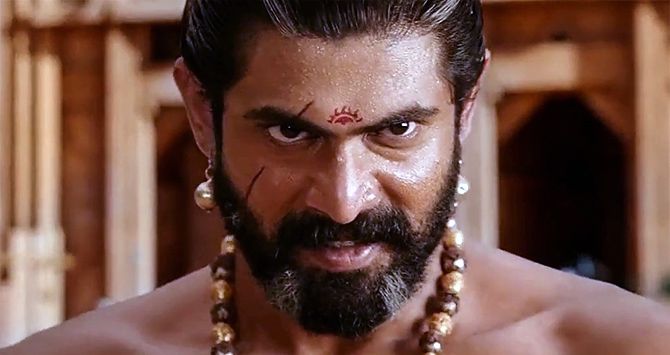 Born to the wise Sivagami and wanton Bijjaladeva, Bhallaladeva goes on to become King of Mahishmati in the absence of its rightful heir.

Unlike his cousin Amarendra Baahubali, Bhallala is blind to the pain of his subjects and uses his skills and strength for cruel, self-seeking purposes.

Holding Devasena captive, who once rejected his marriage proposal, Bhallala is full of ego and hate. 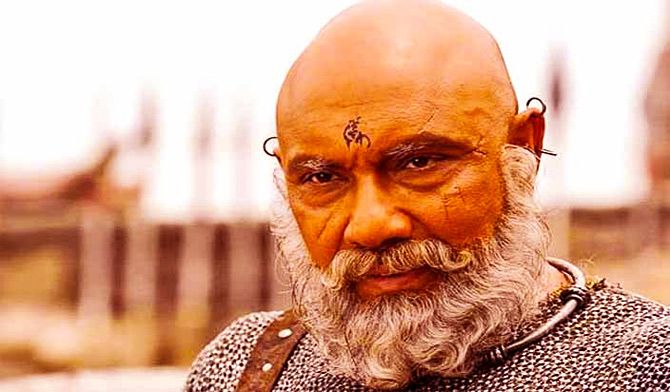 Slave to the crown of Mahishmati, Katappa is loyal to a fault. Even though there’s no dearth of admirers, Katappa declines his own freedom to serve a ruthless ruler.

Clearly, he’s seen better days under Sivagami’s reign training Baahubali and Bhallala in the art of swordsmanship and war strategy.

Katappa’s attachment to Baahubali is why his climatic confession -- I killed him -- comes as a bombshell. 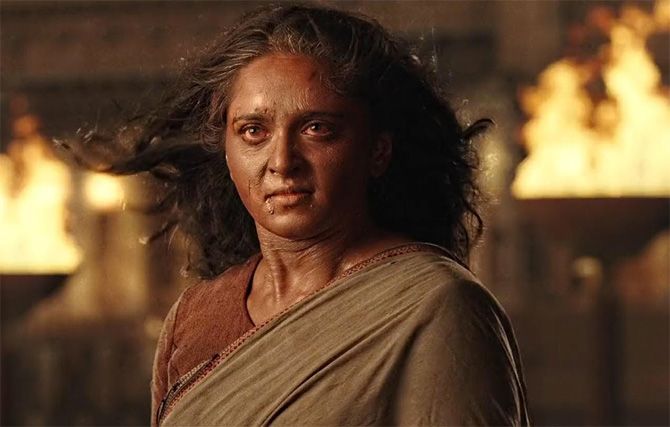 Her role as Baahubali’s wife and Shiva’s mother is still to be explored but as Bhallala’s shackled prisoner, Devasena only has revenge on her mind.

Even though she has no reason to believe her son is alive, Devasena firmly feels otherwise. She is confident he will come and rescue her. A feisty warrior of a hush-hush rebel group conspiring to free Devasena from evil King Bhallala’s clutches, Avanthika holds nothing dearer than her mission.

A romantic encounter with Shiva changes her stance considerably. Following an injury, she agrees to let Shiva take her place and rescue Devasena on her behalf. 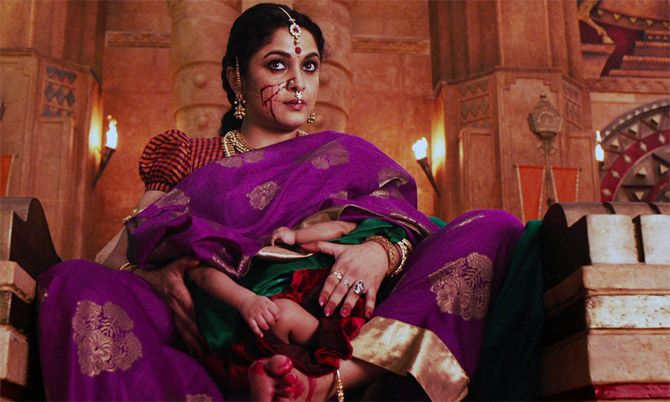 After the demise of the King and Queen of Mahishmati (Baahubali’s parents), the headstrong sister-in-law Sivagami takes the reins of the kingdom.

Her biggest priority is the well being of her people, where even blood ties do not interfere with her decision. Although the natural successor to the throne, Bijalladeva’s physical disability is viewed as a disadvantage. More heartburn follows when younger brother Vikramdev is chosen over him.

Bitter about that as well strong-minded wife Sivagami’s refusal to pander to his recklessness, Bijalla proves to be quite a negative influence on son Bhallala. 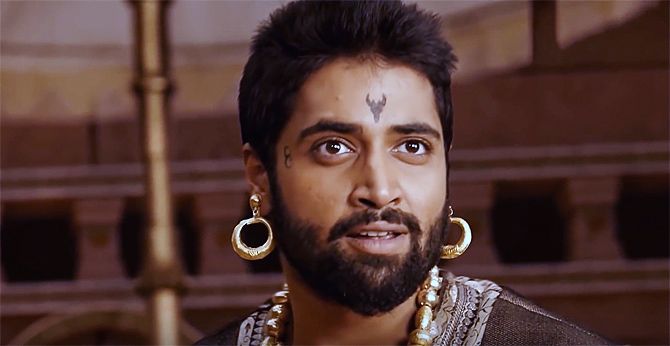 No different from his greedy grandfather Bijalla and egoistic father Bhallala, Bhadra meets with a horrific end at the hands of Shiva when he chases him down to reclaim Devasena.

The ghastly leader of a gruesome clan known as the Kalakeyas, who only converse in a language called Kilikili, threatens to take over Mahishmati with an army five times their size.

At the end of long, bloody battle, Bhallala knocks him dead with his killer weapon. 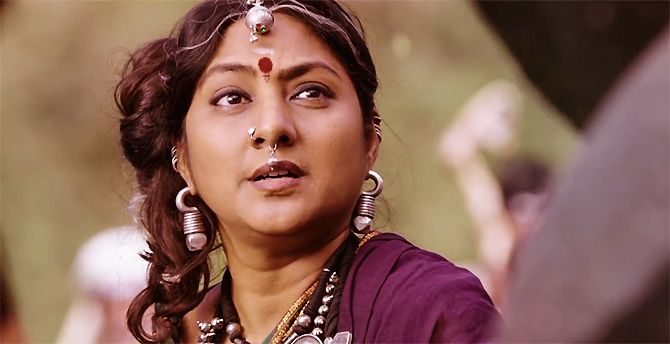 With no kids of her own, tribal queen Sanga is more than happy to adopt the infant Shiva after Sivagami drowns saving his life.

The highly religious and superstitious Sanga is wary of her son’s adventurous streak and discourages him from trying to discover the mystery above the waterfalls. 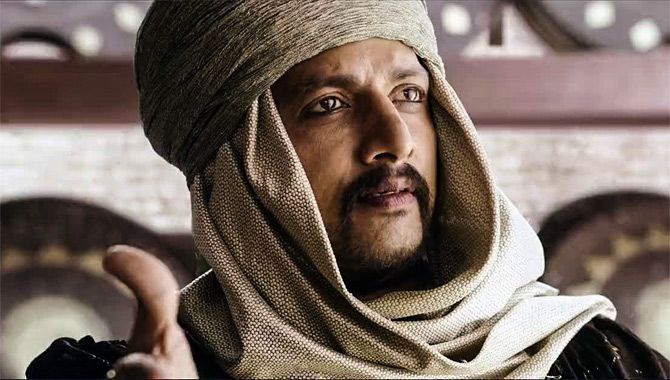 It’s only a cameo but Sudeep is quite effective as a well-travelled merchant awe-struck by Katappa’s swordplay and allegiance. If you ever need me for anything, don’t hesitate to call, Aslam tells Katappa before taking leave.

Will we see him again in Baahubali: The Conclusion?

April 28 has all the answers.