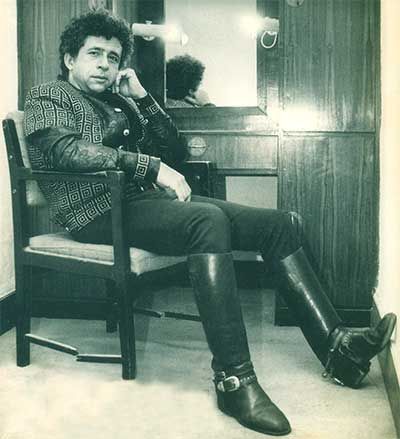 'When I did visit Heeba in Aligarh, she'd look at me as at a stranger, she seldom came near me and neither of us was comfortable when she did,' says Naseeruddin Shah.

One of the most talented actors of our time, Naseeruddin Shah proves that he can write just as well.

His autobiography, And Then One Day: A Memoir, is one of the most well-written star stories told in recent times.

The book follows his journey from Barabanki, Lucknow, where he was born, to Mumbai, where he became a known actor.

This excerpt reveals a side of the actor that most people may not know about. Here, he talks about his first wife Purveen, the birth of his first child Heeba and how he completely mishandles his first time as a father.

Through the period of her pregnancy, Purveen had turned really moody, and my utter incomprehension of the miracle occurring within her and total oblivion to what was expected of me didn't help.

Many serious arguments, which I always got the worst of, were the result.

Priapic 21-year-old that I was, hopelessly self-absorbed, incapable of contributing in any way at all to making her feel good about herself, I found the bar on sex not easy to handle either.

My attentions had already begun to wander and were beginning to zero in on R, a rather good-looking second-year student who as a whore in the NSD production of Three-Penny Opera had earlier caught my fancy, and now the two of us began spending a little more time together than was absolutely necessary.

My entering the drama school had coincided with the final month of the pregnancy, always a difficult one, and for Purveen now in her mid thirties, not the best time to bear a child.

As for me, without a clue of the responsibilities it entailed, the trouble that's part of the whole deal, and then the indescribable joy it brings, I had no time to spare for the life I was helping bring into the world; only my own gratification took priority, nothing else mattered.

I took no part in the building of the baby crib Purveen was fashioning out of an old basket and some sawn ­off bamboos -- a beautiful piece of work finally, in which Heeba spent her first few months.

I did occasionally steal some roses from the university garden and bring them to Purveen in my cycle basket. That pleased her, but apart from that I played the part of the obnoxious adolescent to perfection.

The role of father was way beyond my ken.

After a dressing-down from mother-in-law, I started helping with the dishes but that was as far as it went. I slowly began to resent this child who was coming between me and the only woman who had ever given me any attention; and when the baby finally arrived, the neglect I displayed still shames me deeply all these decades later. Four days after her birth Heeba was brought home, but in the interim I had had to rush back to the school to attend classes -- being absent from class was rewarded with a further deduction from one's scholarship and I could scarce afford that.

The following Saturday I returned to Aligarh to accompany mother and baby home in a rickshaw. It was a bumpy ride and I held Heeba in my arms. Mercifully no one I knew spotted us and we made it home without mortification. Heeba was laid in her crib, and I caught the next bus back to Delhi.

I wrote home about Heeba and not so astonishingly Baba immediately made his way to Aligarh to see her.

A few days later, I got a deliriously happy letter from him saying that he had just seen 'that lovely little thing, I have named her Attia'.

His desire for a girl in the family was to find more sublimation than he had hoped for; Heeba was to be followed by four more girls in both my brothers' families.

I informed Purveen (in the picture) of Baba's choice of name but he didn't exactly figure in the list of her favourite people and the name Heeba stuck. Heeba was the first of Baba's (now) 10 grandchildren and when both the Zs later had their daughters, he ecstatically dubbed them all with archaic double-barrelled appellations which, to the girls' massive relief, were never employed.

Heeba's arrival actually caused Baba and me to be civil to each other for a while, but now the gulf with Purveen had widened.

Her whole life now revolved around Heeba and she and I had precious little to say to each other any more and even less to share.

The stimulation of being on the cusp of a life of professional acting ensured that I didn't miss her at all, and she seemed to lose whatever interest she had had in my obsession.

The physical distance too began to grow.

I was no longer this amusing little chap for her; I was now cast in a role which seemed like a hugely unpleasant chore and which I was ill-equipped to play: father of a child. It filled me with unease and inadequacy.

The weekly visits to Aligarh became monthly visits and the stay there successively shorter.

Now it was all milk bottles and diapers and suckling and cleaning and burping the baby, I couldn't be bothered with any of it. While I had absolutely no interest in baby care, Purveen was consumed by it -- she had to be, this was something she had waited a long time for. 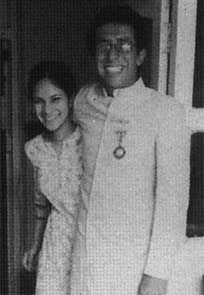 My indifference to Heeba (in the picture, at age 14) can only be explained, though not condoned, by the fact that I myself was then an insecure, ill-adjusted twenty-one-year-old with absolutely no conception of what it took to rear a newborn, and I completely shirked my share of the duties, while idiotically attempting at the same time to assert my rights as a husband.

The only way of dealing with a wife, in the world according to the Shahs, was with firmness and authority. Not unaware that I was thoroughly incapable of either, I retreated into a resentful shell. It hurt to know I was no longer the most important thing in Purveen's life.

There was no telephone in Aligarh and her replies to my letters got more infrequent and finally ceased altogether, as then did my visits there.

In Alkazi I had at last found an inspiring teacher -- one who liked and appreciated me and didn't make me feel like a fool, one who was interested in helping improve my mind, and pushed hard to make me realize the potential he perceived in me.

Purveen's family had already had that positive influence marginally, but now I was under the wing of someone who could show me the way; he tried to teach us art appreciation, introduced us to classical music, to the myriad Indian theatrical forms, to serious cinema; he goaded us to read, to wake up early, to work on our instruments.

I learnt that Eugene Ionesco and Anton Chekhov were not the only great playwrights apart from Shaw and Shakespeare. Reading things I could actually understand was a tremendous high. The fascination and admiration I'd had for Purveen got transferred many times magnified to Ebrahim Alkazi.

I have no idea in what sort of light I will appear if I say that for an unconscionably long time I felt nothing whatsoever for the child Heeba, but it is necessary that I confess it. She didn't figure at all, it 'was almost as if she didn't even exist.

When I did visit her in Aligarh, she'd look at me as at a stranger, she seldom came near me and neither of us was comfortable when she did.

Excerpted from the book And Then One Day: A Memoir, Penguin Books India, with the publisher's permission, Rs 699. You can buy the book here.

And Then One Day: A Memoir will be launched in Bangalore on November 8 at Landmark Store, Bangalore, where Shah will be in conversation with Ramchandra Guha. 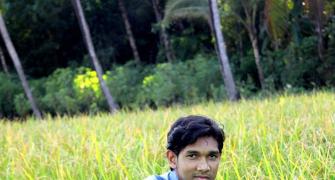 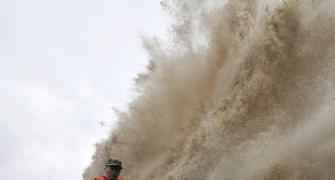 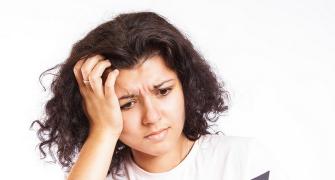 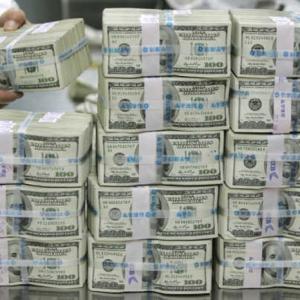 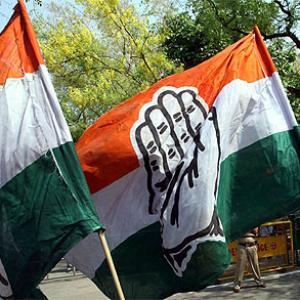