Did you know Karisma Kapoor, Tabu and Urmila Matondkar are buddies?

Everyone knows everyone in Bollywood, but it's hard to tell the real friends.

And then, every once in a while, we get glimpses of film folk attending public functions, and see them unwind with pals we would never have guessed!

For instance, did you know Tabu and Karisma Kapoor share a bond?

When the two ladies, who worked in Saajan Chale Sasural, Shikari, Hum Saath Saath Hai, Biwi No 1 and Jeet, got together at the Mumbai police's annual Umang event, they couldn't stop giggling like schoolgirls!

Later, Urmila Matondkar join them, and she had Tabu in splits too. 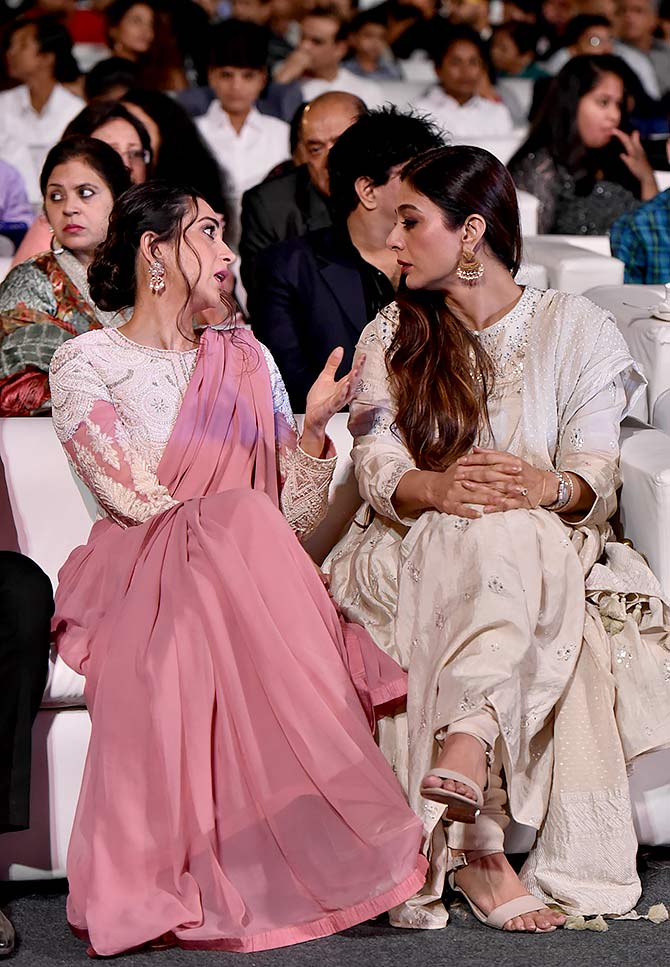 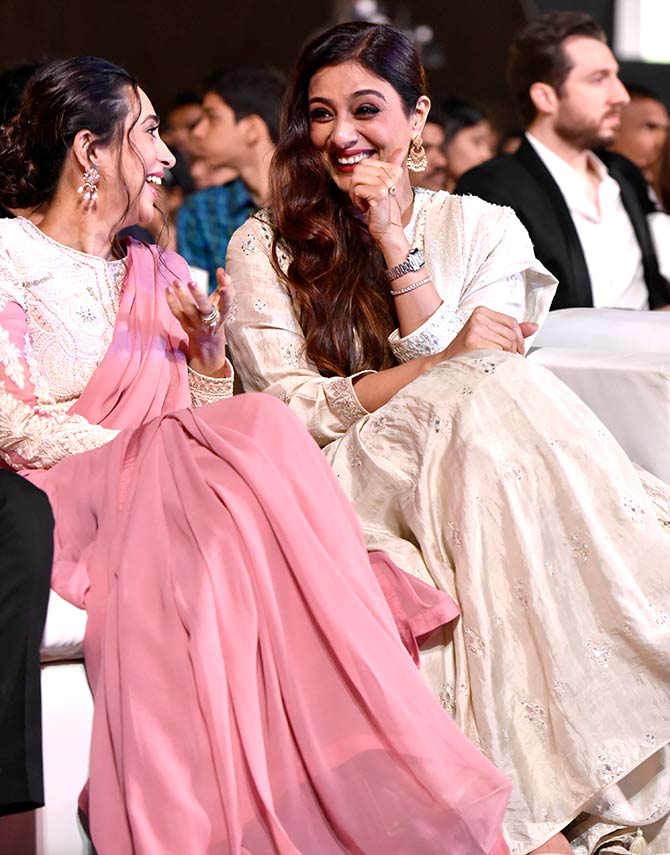 And the first laughs start. 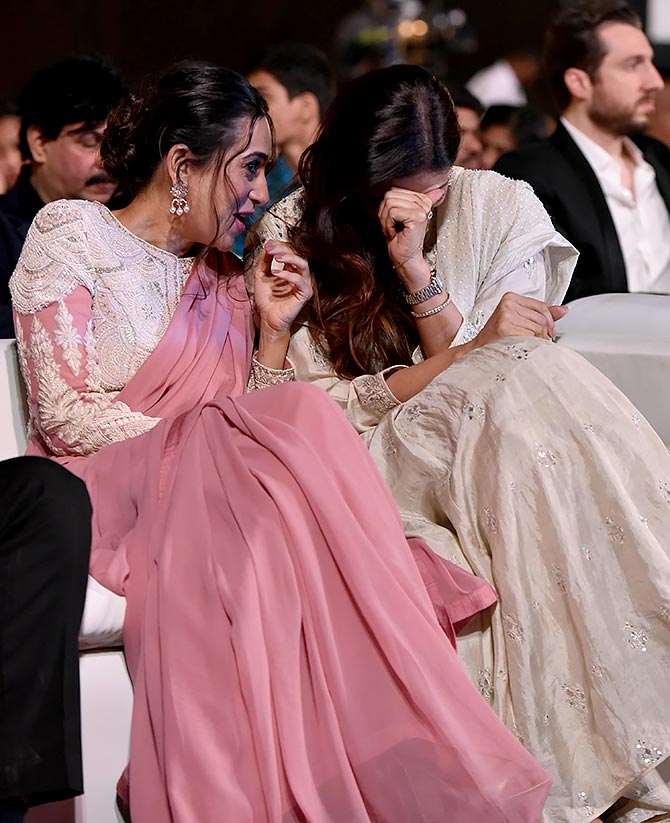 Just what is Karisma whispering to Tabu that won't make her stop laughing? 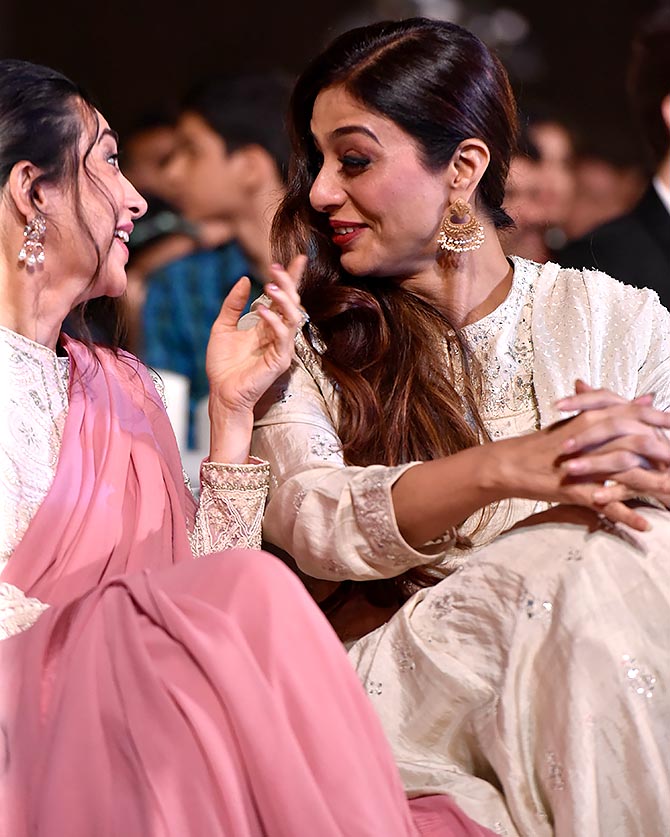 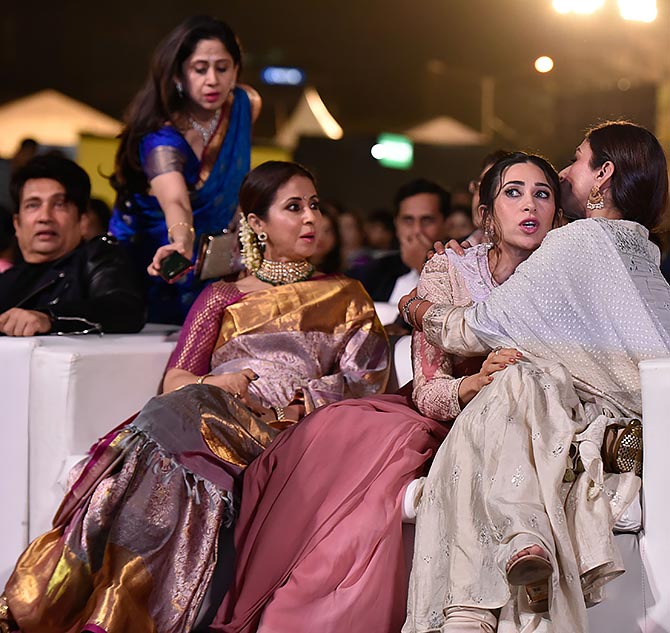 Urmila joins in for a listen. 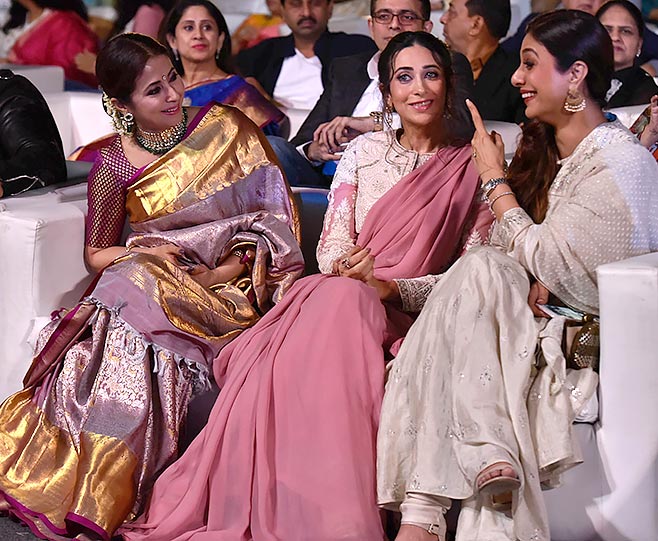 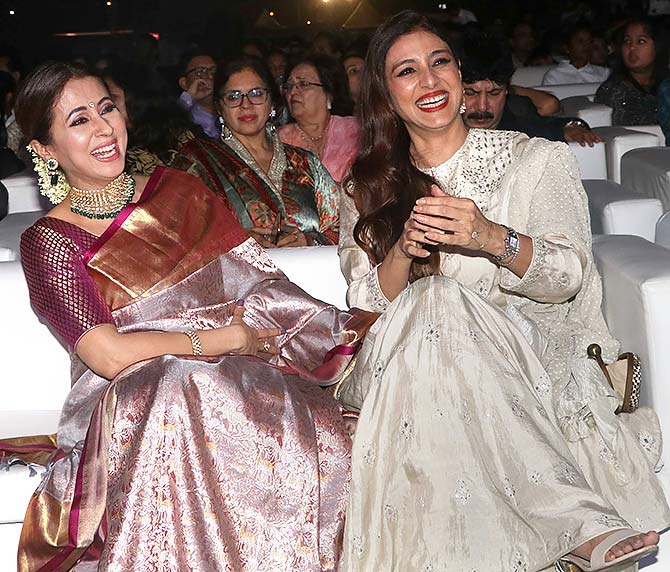 As Karisma steps out, Urmila and Tabu bring on the laughs.

And to think they've never done a film together! 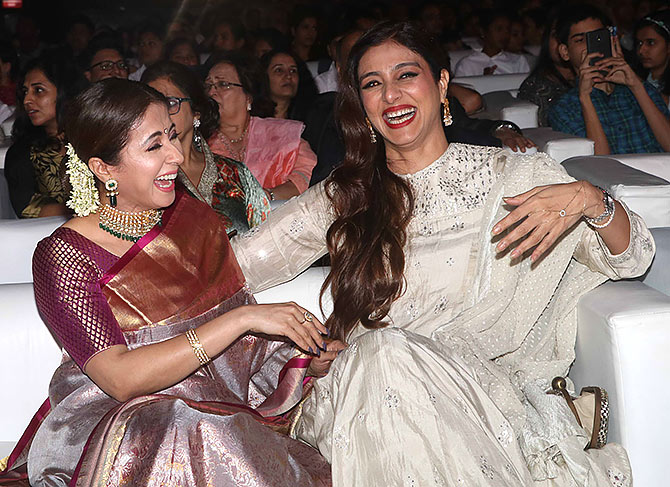 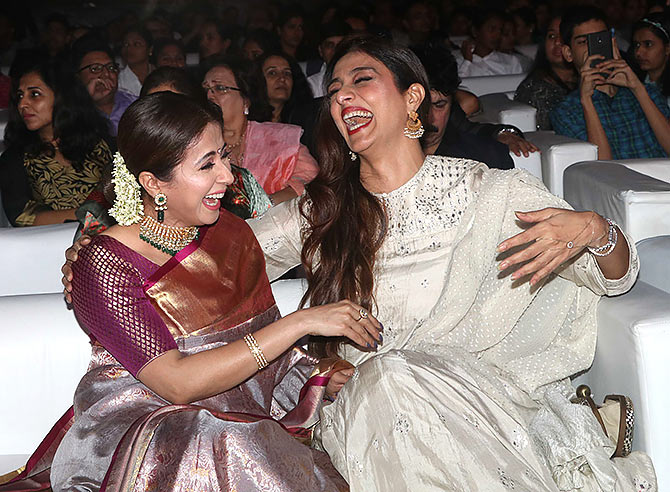 We want to know the joke too! 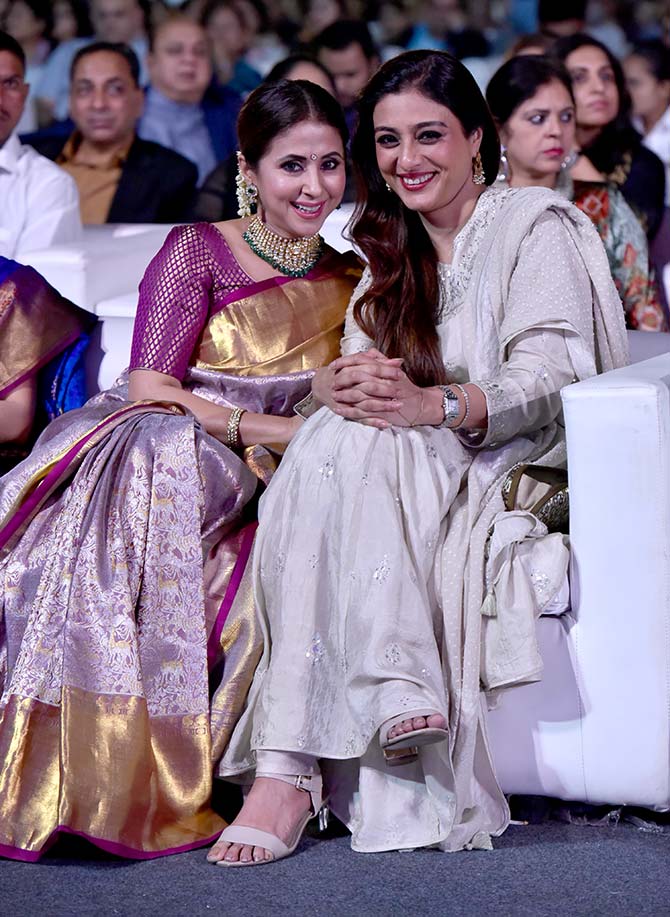 The duo then pose for a picture... 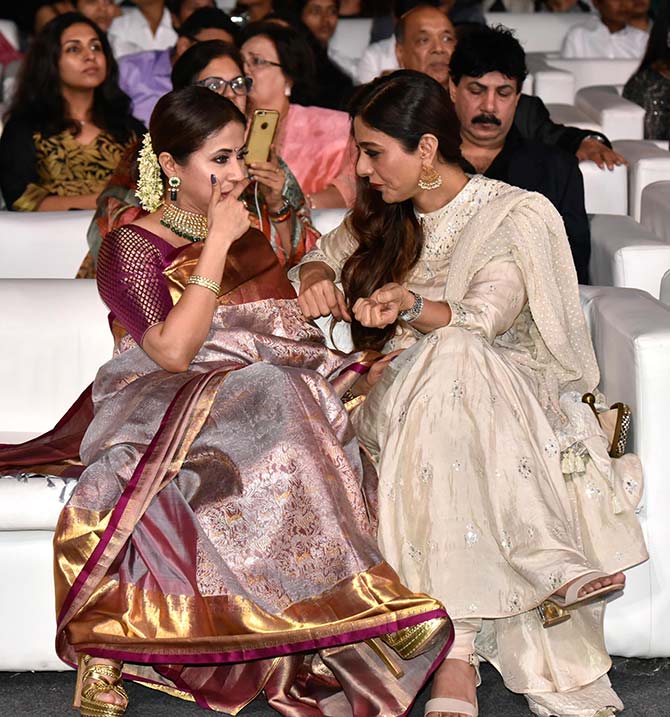 ...Before resuming on their catch-up. 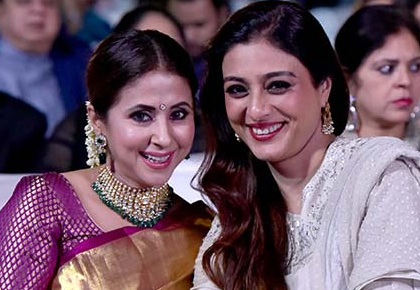 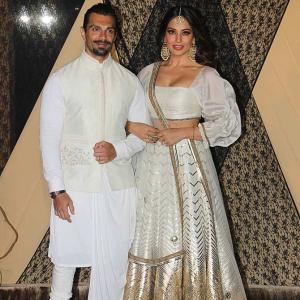