'Perhaps there is a greater understanding of small town India amongst our stars today than earlier.'
Urvi Malvania reports. Prior to the release of the movie Uri earlier this month, the cast and crew of the film including lead actor Vicky Kaushal travelled to Lucknow to meet families of the Uri attack.

The endeavour was to pay tribute to the soldiers who lost their lives in the brutal attack by terrorists at the army base in Kashmir.

The visit not only lent a shoulder to grieving family members, but also put the spotlight on an episode that remains a black spot in India's history, piquing interest in the film.

The producers of Uri had clearly hit bull'seye, resulting in a good opening for the movie from the region.

Film studios and production houses are increasingly seeing merit in moving out of the top six metros when marketing their movies.

The spate of promotions in recent quarters are an indication of just that.

In 2018, the marketing team of the Tiger-Shroff starrer Baaghi 2 took time out to promote a little-known salon in Kishangarh, Rajasthan, which was offering custom-made Baaghi

This was the hairstyle sported by the protagonist in the film -- increasing curiosity for the movie in the process.

The strategy was replicated in more places as the makers saw merit in getting consumers into movie halls with activations such as these.

Prabhat Choudhary, founder, Spice, who was involved with the promotions of Baaghi 2, said the added advantage for the salon owners was publicity they got during the film's promotions.

The company has a dedicated unit for small-town promotions called Spice Basha that works on communication for the Hindi heartland.

"Urban and metropolitan communication while key to a film's promotional strategy, cannot be the only pillar of communication. Though it has been our strength too, over a period of time, we've felt the need to reach out to tier 2 cities in an independent and specialised manner," Choudhary says.

"We realised that in order to make something universal we need to stitch together local tastes and flavours," Choudhary adds.

Analysts say there are several factors for film-makers turning their attention to small towns in their quest for viewers.

One is the growing penetration of multiplexes in these markets, higher revenue potential as the purchasing power of consumers in smaller towns has grown and the strengthening of local media in these markets.

So, devising a hyperlocal strategy is not a wasted effort at all as the returns are fairly good, say experts.

The need for this initiative is also tied in with the broader trend of regionalisation of content as dubbed Hindi movies of regional blockbusters -- in Tamil, Telugu, Malyalam, Punjabi, Gujarati, Marathi and Bengali -- demand that film-makers step out of big cities.

According to the Ficci-EY report, released last year during the Frames Summit in Mumbai, from 31 movies in 2016, Hindi dubbed movies increased to 96 in 2017.

The figures for 2018 are expected to be released in March and experts say that dubbed Hindi movies will cross the 100 mark as viewers seek novel scripts from across the country.

Small-budget Hindi movies, which clicked significantly in 2018, are also driving this trend of hyperlocal marketing in Bollywood.

Actor Varun Sharma, for instance, visited his hometown Jalandhar prior to the release of his movie Fukrey: Returns in a bid to stir up childhood memories and get people excited about his film.

During promotion of the Baahubali franchise in 2017, a restaurant in Ahmedabad dished out special Baahubali thalis, while the cast of the film visited Punjab to celebrate Baisakhi and images of lead actor Prabhas carrying the Shivalinga were displayed during the Shivratri festival in Varanasi.

The trick, explains Chaudhary, is to capture nuances through in-depth research and local talent.

Stars like Shah Rukh Khan and Aamir Khan too are buying into the hyperlocal marketing concept.

"Shah Rukh and Aamir have visited Patna on multiple occasions for their films. Perhaps there is a greater understanding of small town India amongst our stars today than earlier," says Choudhary.

"A larger playing field in terms of number of screens during release has also given a natural diversity to the marketing narrative, making the entire process richer and more layered," he adds. 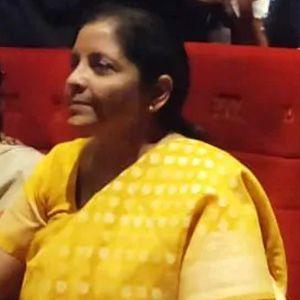 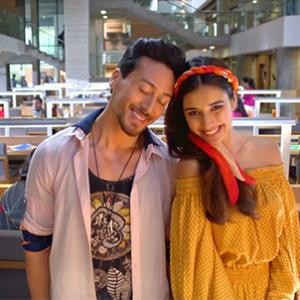