Among the A-listers, only Aamir and Akshay consistently deliver hits.
They have also been most active is doing projects that go beyond romance or action stories.
Urvi Malvania reports. One might think that a movie about a husband trying to make a toilet for his wife would not really appeal to an audience seeking entertainment, but Toilet: Ek Prem Katha seems to have rewritten the rules.

The Akshay Kumar starrer has raked in Rs 135 crore (Rs 1.35 billion) since releasing on August 11.

And, it is not an exception.

Over the past few years, films with some social message seem to be finding favour with audiences -- as well as critics -- rather than traditional boy-meets-girl romances or dramas.

Films with social messages have been around in Bollywood for long -- Do Bigha Zameen (1953) and Naya Daur (1957) are some examples.

But in recent years, the treatment of the subjects seems to have changed and audiences are more willing to accept these films. In contrast, movies with run-of-the-mill storylines or formula scripts have bombed at the box office, no matter which superstar leads the cast.

Directed by Imtiaz Ali who has delivered hits such as Rockstar (2011) and Highway (2014), this film found few takers. Last year, Hrithik Roshan's Mohenjo Daro strutted in with a lot of aplomb, but bombed at the box office, as did Befikre, starring Ranveer Singh and directed by none other than Aditya Chopra.

"The bankability of most A-listers is under fire. We've been saying that stories -- and not stars -- will be the secret of movies' success; it's finally happening," said Komal Nahta, trade analyst and publisher of Film Information.

"The audience wants good content. Gone are the days when fans would flock the theatres just to see their favourite superstar on the screen. People demand better now and if it's not delivered, no matter who is in the film, the audience will reject (the movie)."

Vats agreed. "For a longer reign at the box office, content is all-important. A-listers help make a mark and in pulling in audiences in the opening weekend. However, for success beyond the first week, films depend on content." Among the A-listers, only Aamir Khan and Akshay Kumar have consistently churned out hits.

Incidentally, they have also been most active is doing projects that go beyond the regular romance or action stories.

Ayushmann Khurrana, Kangana Ranaut and Nawazuddin Sidiqui also seem to have found a balance between the more mainstream films and those with a social message. Leading ladies, too, are experimenting with the projects they choose.

Ranaut has a Queen under her belt; Alia Bhatt found success with Dear Zindagi.

Bhumi Pednekar debuted with a film that spoke about the stigma against heavy girls in society (Dum Laga Ke Haisha) and has tasted success again with Toilet.

Kalki Koechlin's portrayal of a paraplegic exploring her sexuality in Margarita with a Straw won her kudos.

Experts believe the success of these films could also be attributed to statements made subtly and not in a preachy manner.

"A good story is what will work, no matter the cast as long as the treatment is sensible. Marketing the film goes a long way too, but just having a big name on the reel is not going to do the job," said another studio executive. 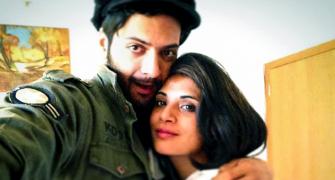 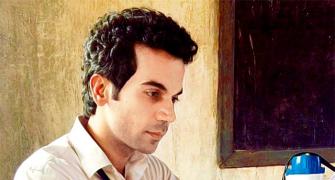 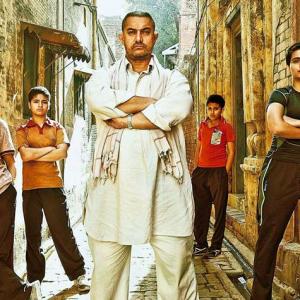 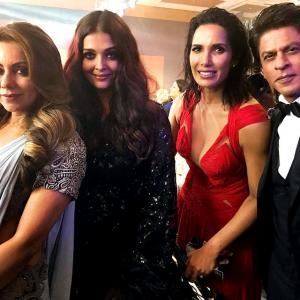 When Shah Rukh Khan partied with Ash and Padma Lakshmi