'If anybody wants me to act in their film for free, just make me sing all the songs!'
'I don't even care about the script.' 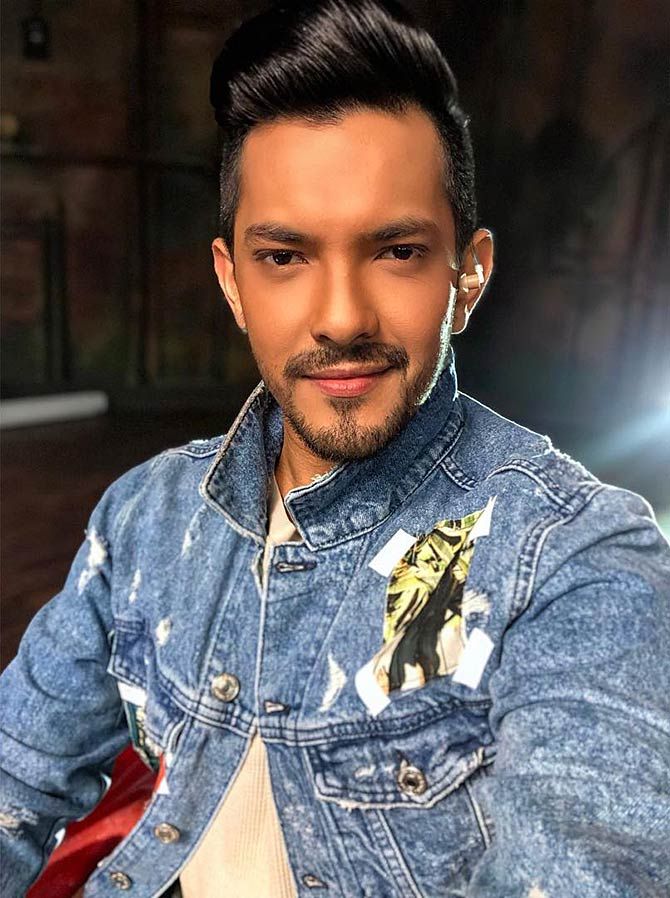 Not every star kid enjoys the same slice of stardom as their parents and Aditya Narayan understands that well.

Despite being constantly compared to his father, the legendary singer Udit Narayan, Aditya has always tried to create his own path and destiny.

Now, he is happy in his own skin and space.

"I just happened to be born into a family where a father worked hard and made such a good name for himself that he is known all over the world. But that doesn't change anything. I'm just a regular guy," he tells Rediff.com Contributor Mohnish Singh.

Tell us about your new song.

Lillah means 'for Allah' or 'for God'.

The lyrics have been written by Manoj Yadav, a dear friend of mine.

The idea started with me telling Manoj that let's start with a romantic song, where a guy is admiring a girl's beauty.

So he sent me a mail called Tarifein Beauty, which had around eight lines.

That's where it all started.

My bandmates and I got together and jammed on the song.

(Pianist) Eeshan Tripathi and (guitarist) Milton Daniel sat down and composed the music.

The setting in the music video looks beautiful.

Last year I went to the Maldives for a diving vacation.

I fell in love with the place and knew that if we capture it in our video, it would come out beautifully.

I requested the locals to give me a discount (smiles) and they were kind enough to accommodate me.

We shot two videos there; Lillah is the first.

We will release Main Dooba Rahul on Valentine's Day.

Lillah marks your debut as an independent artist. How has the experience been?

This is the first-ever independent effort for me.

I am the label and the line producer. It's my channel and my band.

It's very personal for me.

This is a good time to put out independent content, and touch wood, by the grace of God, it's doing well.

The comments I'm getting is that the song reminds them of the '90s pop era, which is exactly what I was going for because that's what I have grown up listening.

Everything from Lucky Ali to Silk Route and Euphoria and Alisha Chinai, these guys were quite big when we were young.

I want to pursue independent music for the rest of my life, along with Bollywood. 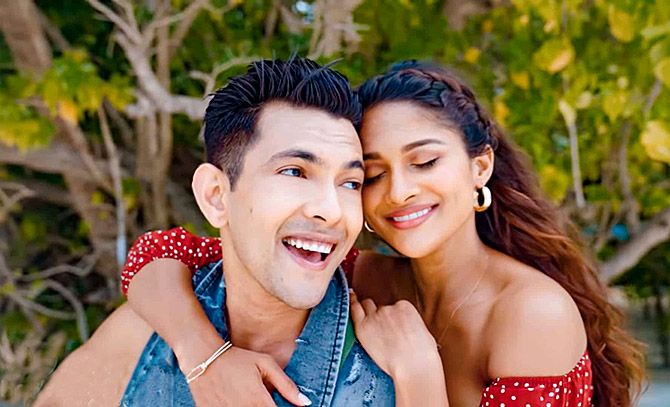 IMAGE: A scene from the Lillah video.

Do you agree that the Internet has given a new lease of life to independent music?

Television has stopped being a medium for music videos and film music.

Every industry goes through change.

Because of this digital revolution, people can choose their content.

You are not at the mercy of a channel where there are fixed timings to see music videos.

Now we can watch music videos whenever you want to.

Despite the availability of so many platforms, the longevity of songs has reduced drastically. Do you agree?

Yes. I mean if you're going to make a song like Chaar Bottle Vodka or Yeh Ladki Pagal Hai Pagal Hai, you're not going to hear it for more than five or 10 days.

These songs are great for clubbing or the party scene, but when we sit with our friends, we will not gravitate towards these songs.

I'm not saying these are bad songs, but it's a different kind of music and it's specifically for party people or people, who are dancing or drinking.

But if you have a good melody, that will stay with you longer.

Like, I still think of Dil Diya Gallan even after two years. I'm going to sing that for the rest of my life.

Melodious songs are being made -- Aayat from Bajirao Mastani, Tum Hi Ho from Aashiqui 2 or Kabira from Yeh Jawaani Hai Deewani...

Songs like Chaar Bottle Vodka wouldn't have been made if people weren't listening to it.

I listen to this music when I want to party.

Ultimately, every artist wants to be heard. 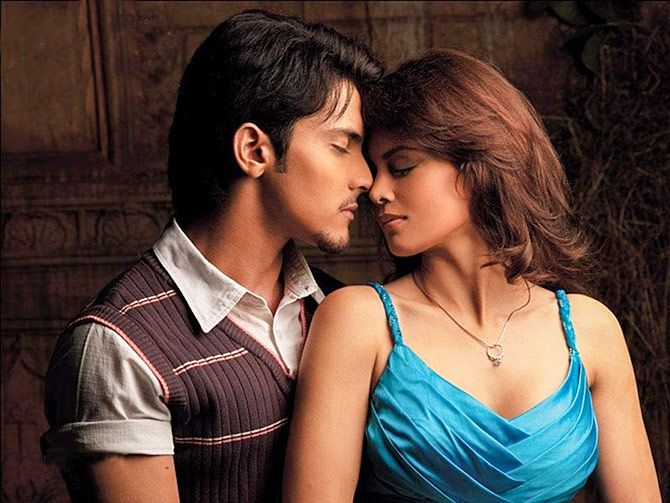 You've been busy with hosting and singing. Has acting taken a backseat?

I did one film as a grownup and that happened because I had told Vikram Bhatt that if you want me to act in Shaapit, you will have to let me sing all the songs.

So my main criteria was to sing.

My voice hadn't matured at that time so I was not getting a lot of playback offers.

So he said yes, and I said, great!

The offer still stands by the way.

If anybody wants me to act in their film for free, just make me sing all the songs!

I don't even care about the script, honestly. The songs need to be nice. 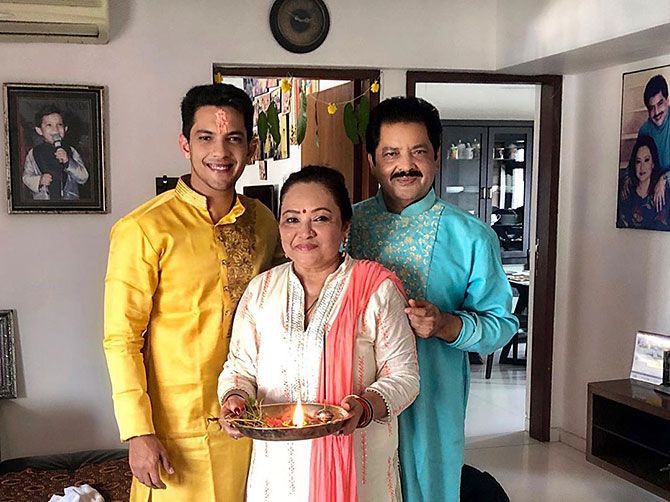 How do you deal with the pressure that comes with being the son of one of the finest singers in Indian cinema?

I just happened to be born into a family where a father worked hard and made such a good name for himself that he is known all over the world.

But that doesn't change anything. I'm just a regular guy.

Every day, I'm working and doing my job. Sometimes, I innovate and think about the next step.

I have been working almost for 25 years.

I don't think of myself as a star kid.

But I would definitely say that I'm very fortunate to be born into such a great family.

Do you remember the time you realised that singing was your true calling?

I didn't quite realise it because I was quite young, but my parents realised it.

I remember specifically my father taking me to this Assamese song recording.

We don't speak Assamese though my father has sung songs in Assamese -- he has sung in 36 languages.

So that was the first recording I accompanied him to.

When we went home and my mother asked me how my experience was, I sang the song without even knowing the language it was sung in.

I think that's when they realised I was interested.

To be able to grasp that three-hour experience was unusual because as kids, you are distracted.

But I remembered the lyrics, the music pieces and everything.

So that's when my parents realised this guy was fond of music.

Which song changed your life?

I don't know. Every song is life-changing.

Kabhi Na Kabhi was a life-changing because that was the first song I sang as a grown-up.

Even though the film didn't do well, the song did really well. It got a lot of love.

I still sing it to my live shows.

Tattad Tattad was my first solo playback song. It was Ranveer Singh's first big hit as well as mine.

That was my venture into commercial cinema. 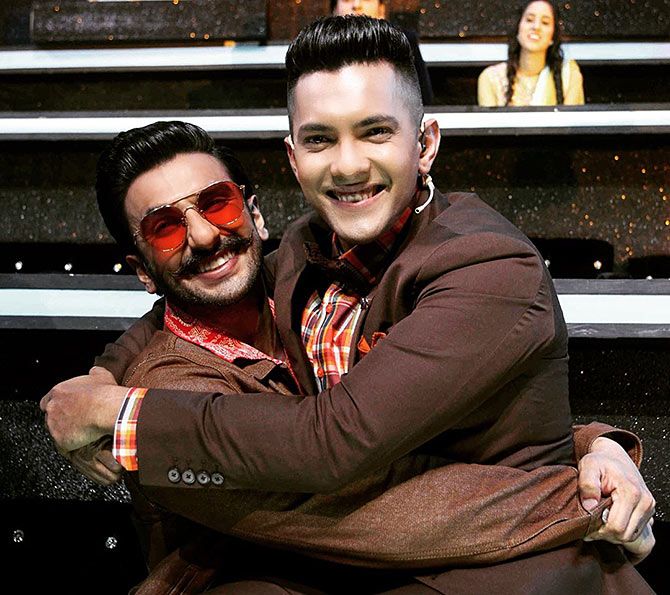 There are a few things with Sony in the pipeline and plans for some Bollywood songs also. Hopefully, by next month, you should hear a song from me.

And of course, there's a lot of independent music happening.

My debut album will release in April.

There are a lot of tours and shows lined up too.

So yeah, life is good!

Mohnish Singh covers the entertainment beat and knows the pulse of Bollywood well. You can contact him at movies@rediff-inc.com 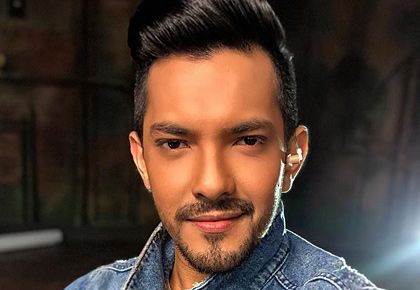 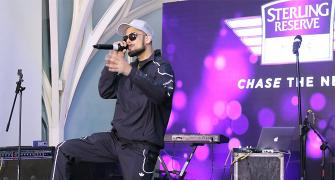 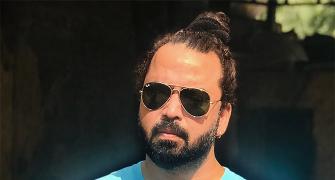 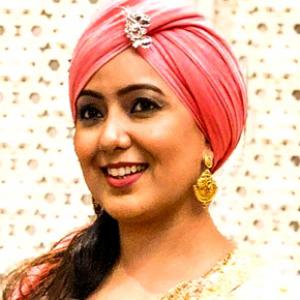 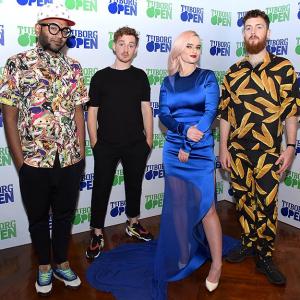