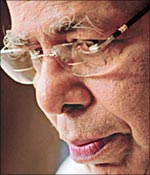 One of India's greatest actors Thilakan passed away into the ages on September 24. He was 77.

We reproduce here, an in-depth Rediff interview with the legend, published in January 2008. Don't miss it!

Ironically, like in the film, some 'powerful winds' in Malayalam cinema are trying to snuff out the flame. In what the 72-year-old actor calls an orchestrated attack by the reigning superstars in Malayalam -- apparently Mohanlal and Mammootty -- to tarnish his image and career. But Thilakan claims he will not cow down to any threat.

He also tells Rediff.com how he lost the National Award in 1990 to Amitabh Bachchan due to political interference. Over to the Thespian:

You have virtually been isolated in the Malayalam film industry. Whom do you blame?

The so-called superstars. They have tried their best to keep me away from films. Joining them were some up-and-coming stars as well. They have tried everything in the book: mental disintegration, verbal assaults, and character assassination. I have kept quiet for so long, but there was a limit which no one should cross.

But they are superstars. And you -- despite being a top actor -- should not be a threat to their superstardom.

The superstars are highly insecure. They don't even like others matching up to their level, leave alone outperforming them. They will not -- and they can't -- take the slightest competition. I have outperformed them in many films, which obviously has not gone down well with them. If someone outperforms them, it is an open challenge to their stardom. People and media praised my performance in their films. It might have been difficult for them to digest. They tried to push me around on screen. Once that failed, they tried it off the screen as well.

When did you start feeling that you are being pushed into a corner? And why then the seemingly late outburst?

I would say it started in 1986. But it was never vicious. I kept quiet for a long time. Then came a stage when it was unbearable. They even told producers and directors not to cast them in their films. A caste lobby played a big role too. Then I lost my patience. That is how I decided to open up.

What lobby? As you told some Malayalam publications, are you pointing fingers at the Nair lobby?

Yes. There is a strong Nair lobby in Malayalam film industry. I don't want to elaborate.

How did they react to your outbursts?

They did not say anything; they did everything cleverly. I was sidelined from the Association of Malayalam Movie Artistes (AMMA). They started floating rumours about my health. They told producers that I would die anytime. Such news would worry any producer.

I was hosting a successful show on Surya TV. I have solid information that it was stopped due to 'outside pressure.' They hindered my acting career. They have not even informed me about 20-20, a film being produced by AMMA, which has all actors from the industry.

It must have been a tumultuous time for you. Your health has also started sinking. Where did you find solace?

From the audience. Every month I get so many invitations for public meetings. Besides, people tell me that I -- my roles -- live forever in their minds. That was gratifying despite the muddle around. Many told me that I am a better actor than the superstars. That was touching and inspirational.

So, no one from the industry called to offer support?

No. Not even a soul despite having so many friends in the industry. That shows how much power the stars wield.

You even went to the extend of saying that you won't act with Mammooty and Mohanlal?

I have never said that. What I said was that I am not keen on acting with superstars. 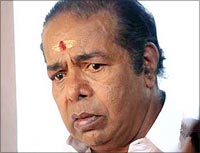 Are Mammooty and Mohanlal not superstars?

I would like to call them actors, not superstars or any other adjectives. I have high regard for Mohanlal. He is a brilliant, natural, flexible actor. The problem with Mohanlal is the company he keeps. And Mammooty is a 'made actor'. Jagathy, another Malayalam actor, was the first to describe Mammooty like that. When someone asked about Jagathy's comment, I nodded in agreement. That became a controversy. But I stand by it.

So you are saying Mammooty is not a great actor.

I don't have anything personal against Mammooty. For instance, (director) Sibi Malayil and (screenplay writer) Lohitadas called me and asked to recommend a hero (a school teacher accused of being mentally ill) in Thaniyavarthanam. After reading the script, I said only Mammooty could do it. Then they asked me what if it was Mohanlal. My reply was, 'If you are looking for a teacher, cast Mammooty. And if you are looking for a student, cast Mohanlal.' That sealed their mind. Do you still think I am biased? That was one of Mammooty's best roles.

After years, you have recently shot with Mammooty in Hariharan-M T Vasudevan Nair film, Pazhassi Raja. How did the shooting go?

It went off well though there were some skirmishes. Mammooty asked me 'rather emotionally' that he heard that Thilakan would not act with superstars. I clarified that I never said that. But some people tried to influence the producer, saying that I would die anytime.

Talking about M T Vasudevan Nair, you share a great rapport with him. He gave you some of your best roles.

Yes, he is a master storyteller. We are good friends. I had the fortune of having depicted so many of his master roles, like, Perumthachan, Panchagni, Nakhashatangal, Parinayam, Sadayam and Kadavu.

Though I had a very small role -- only six-seven scenes -- in Hariharan's Panchagni, it was a magnificent one. (Thilakan played a retired journalist in Panchagni). MT narrated that role to me for eight hours -- for six-seven scenes! In the beginning, I did not get the spark. But later, when MT mentioned a particular catchphrase, I got the essence. It was one of the roles I enjoyed the most. I also love working with Fazil, Sathyan Anthikkadu and Hariharan.

The MT magic and your expertise lifted Perumthachan to another level.

Yes. It was a great script. I would even say the film is not as good as the script. So picturesque is MT's description that the film pales in comparison. It is a must-read for book-lovers.

You almost won the National Award in 1990 for Perumthachan before Amitabh Bachchan walked away with it at the last minute for Agneepath.

Of course, Perumthachan was very special. Yes, I was tipped to win the award. It is a long story how I lost out at the last minute. It was almost decided the award would come my way.

Even Ashok Kumar, the jury chairman, was keen on giving me the award.

Others in the know told me that a top Congress politician, who was planning a comeback of sorts in power, wanted the award to be given to Bachchan to woo him to the Congress. He wanted Bachchan to woo the voters, and so wanted to keep Bachchan happy by conferring a National Award on him. Apparently, the top leader called up the jury and asked who the leading contender for the award was. When they said it was an actor from the South, he promptly told the jury head to award 'that fellow from the South next year.' The award went to Bachchan.

Quizzed by a Gulf daily why I was not given the award, Ashok Kumar said that 'it was a secret which can't be revealed.' I still have that newspaper with me. They also sought my reaction to the news. And that night, I lost my sleep, and confidence in awards.

Now apparently, the heat is on Prithviraj, who is on the cusp of superstardom.

Yes, they are all after him. Three years ago, I said Prithviraj is good, and has the potential to become a great actor. Many think he is a threat to the stars. The moment Prithviraj appears on screen, a group of people, funded by stars, starts booing him. Even the dialogues can't be heard. They are trying to nip him in the bud. He has already done well in Tamil cinema from where we can learn a lot. So many new actors are coming up every day in Tamil. That should be the way.

Despite the isolation, you have a handful of movies.

Yes. There are some interesting projects coming up. Next month, I will fly to Canada, where a newcomer's project will take off. And some other projects as well. 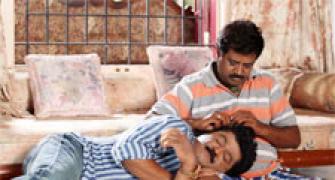 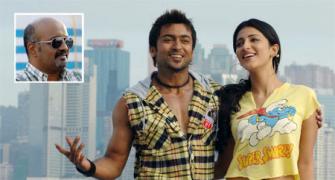 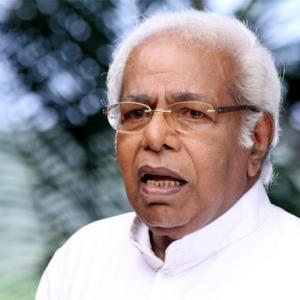