News
Business
Movies
Sports
Cricket
Get Ahead
Money Tips
Shopping
Sign in  |  Create a Rediffmail account
Rediff.com  » Movies » The pressure of being a Bollywood star 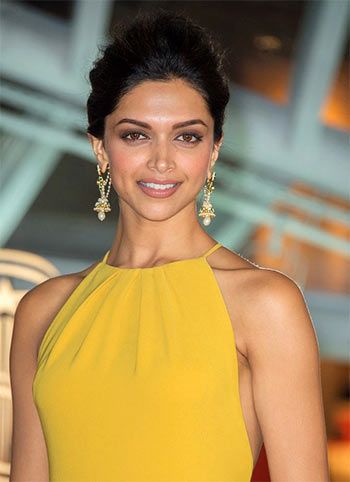 By talking about her struggle with depression, Deepika Padukone has exposed the stress-filled lives of filmstars.

While most heroines of her time were accompanied on shoots by fiercely protective mothers, Anu Aggarwal relied on Marlboro cigarettes to ward off leering men.

It was challenging, she says, for a single woman in showbiz.

Worse, the supermodel who debuted with Aashiqui in 1990 found that her fame began to estrange her from close friends.

"I felt like a monkey who is lonely on the top of the tree."

Aggarwal's height became a problem too as she towered over male actors, and she was usually described as someone who made it "despite her dark skin".

Gossip columns, often dripping with sexual innuendo, killed the gusto she had at the outset.

Equally, the adulation began feeling like a monstrous binding.

In a few short years, Aggarwal abandoned the industry, cut ties with the media, left the house she had purchased in Worli and turned to yoga in Bihar.

Cinema, while routinely offering an escape to its audience from the mundane, comes with an emotional cost for its artists.

History is full of men and women who had tempestuous stints in films, prolonged or brief.

After 25 stellar years in acting, Suchitra Sen chose a life of severe seclusion and reportedly found inner peace at the Ramakrishna Mission.

While some are able to cope or find other releases, a few succumb to the challenges.

A period of struggle is suspected to have driven young Jiah Khan to end her life, according to early police reports.

Guru Dutt, the great auteur, self-destructed after being bogged down in love and the failure of some films.

Success is no guarantee for satisfaction.

In a recent interview with NDTV, Padukone admitted to feeling "empty and directionless" and regularly breaking down in her van after shoots.

Having recovered from the ailment, she now plans to start an organisation to talk about mental health.

Not long after Padukone spoke out, another young actor revealed he was close to being depressed and had sought medical help.

Varun Dhawan told a British journalist that he found himself heading towards depression during the making of Badlapur, the intense crime drama.

Even though he had delivered three back-to-back hits, the pressure of long hours, mixed with the anxiety of performance, was so lethal that he felt like quitting.

There were days when he would rehearse early in the morning, then go for the film shoot and from there head out to attend promotional events for the film before returning to the rehearsal venue at midnight -- all this while also taking time out to exercise and be on a boiled diet. 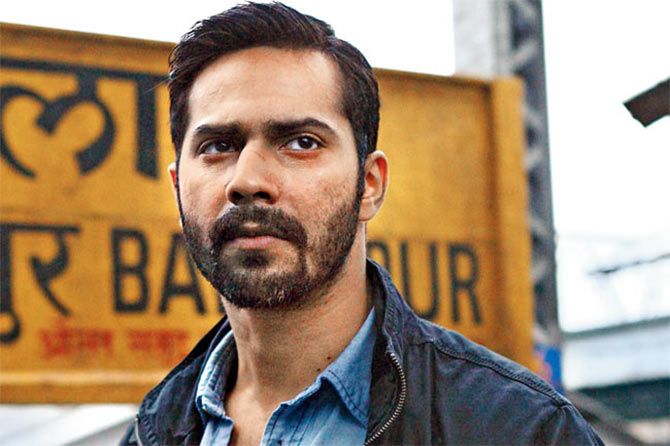 A career in films cannot be held responsible for depression, which is tied to genetic and environmental causes, but the nature of the work can worsen distress.

There are pressures to look good all the time and consistently thrive at work.

Hollywood stars are more open to seeking help or checking into rehab centres.

Here, it is common for actors to mask struggles with depression and anxiety, says Sameer Malhotra, who heads the mental health department at Max Super-specialty Hospital in New Delhi. Even when young actors do come to her for advice, they are less upset about having mental troubles than about what their producer would think of it, says Hingorrany.

The bigger stars like Padukone are not in a position to fully trust psychologists either, she adds, noting that the actress chose to confide in her mother's friend (counsellor Anna Chandy) in Bengaluru.

It becomes necessary to create and maintain "a public image because ultimately you don't just get paid for a film. A significant part of the revenue comes from the brand you are," says Gul Panag, actress and politician.

Shah Rukh Khan spoke of facing sleeplessness and distress from a shoulder surgery only after having recovered.

"Stars may be irritated due to lack of sleep or lack of a social life or lack of the warmth of their family. But it does not reflect in their performances," says celebrity manager Shobha Iyer Sant, CEO of Talent Mantra.

For example, for his forthcoming film, actor Amit Sadh of Kai Po Che fame had to suddenly gain 15 kilos to portray a 35-year-old.

Her gym in Bandra is open 24 hours a day because actors sometimes come at 2 or 3 am to train, after wrapping up shooting.

"Yash Raj Studio now has a gym inside for actors who are unable to step out to train," she adds.

Deadlines are sacrosanct. These have to be met even if that requires sacrifices.

One of her clients respected the strict timelines of a shoot even while dealing with anxiety about her father's health, says Hingorrany.

Tight deadlines have made Hrithik Roshan, Ranveer Singh and Khan shoot with injuries or right after surgery.

Then there are social appearances that cannot be skipped. Each red carpet appearance can be a three-hour production including hair, makeup and costume.

"It is expensive too," says young actress Taapsee Pannu. "And the next day, bloggers will butcher details from hair strands to makeup glow to nail colour to shoes, or how that one crease doesn't look good."

Today, entire supplements of mainstream papers and special shows on serious news channels are devoted to what film stars wear, eat, whom they meet or who does their makeup.

One entertainment channel features a show dedicated to decoding the "body language" of stars, literally studying an actor's every move in promotional events.

The explosion of camera phones and style blogs amplify the invasion of privacy.

The biggest anxiety, of course, is that of failure and desertion by fans. Stars may complain about intrusive fans but they are intoxicated by popularity. And once it's gone, they land in a void that is difficult to fill.

Many manipulate things and create controversies to return to the limelight. Thus, Rajesh Khanna reportedly pulled strings to marry a much younger Dimple Kapadia when his career went into decline after a meteoric rise. This, he felt, would revive his lover boy charm which was under assault from the angry young man persona of Amitabh Bachchan.

Still others take to intoxicants.

Abroad, actors often take to substance abuse to deal with the pressures of expectations or to summon the courage to face an audience. It has claimed the lives of stars like Philip Seymour Hoffman, Heath Ledger and River Phoenix.

Mickey Mehta, holistic health guru who has been the personal trainer and wellness coach to, among others, Priyanka Chopra, Aamir Khan and John Abraham, says drug abuse happens in India too.

"Male actors are more prone to it." Mehta says he helped pull two actors out of this quagmire. "It took a lot to convince them that they could be achievers without being dependent on something this harmful."

Journalist Yasser Usman, the author of Rajesh Khanna: The Untold Story of India's First Superstar, says there is a lot of anxiety in younger stars. "He is very anxious for Bombay Velvet, his next film, to succeed," says Usman.

He might belong to an illustrious Bollywood family, but Kapoor realises that the industry, as it stands today, is not very forgiving.

Stars resent that they depend on others -- the critics -- for validation. This makes them edgy and irritable.

The impact of a relationship going sour in a low phase of one's life is far greater here than it would be for an individual in another profession, Panag adds.

The craft too is demanding at various levels.

Being an actor is like being a split personality, said Irrfan while speaking to Business Standard last year. He has one eye on his performance and the other on factors like where to look or which light is falling on him.

"You're going through an emotion and you're also detached from it."

The actor has chosen to live in a quiet airy home in Madh Island, consciously far from the madding Bollywood centres like Bandra or Juhu.

In the early years of his career, Dilip Kumar was reportedly driven to depression because of all the tragic roles he essayed. He consulted a specialist on London's Harley Street who advised him to take to happier roles such as the one he would play in Azaad.

Films are a fickle space where work is not guaranteed, and where success and failure are public property.

Everything from box office figures to awards or how much one charges is known, says Milan Luthria, director of The Dirty Picture.

"Stars are in this business because they are emotionally mercurial and that makes them good. It also makes them hurt more during a period of less work or inactivity."

But this generation is largely independent and spiritually aware that nothing lasts forever, says film journalist Bhawana Somaaya. Many get into other businesses like sports and restaurants -- just to get a life.

Luthria offers examples of talented people bouncing back from a lean phase such as Amitabh Bachchan and Kangana Ranaut as well as those who are able to successfully take breaks between films like Aamir Khan. "It is important to step away from the limelight from time to time and evolve from within." 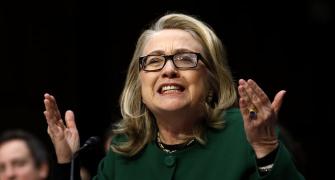 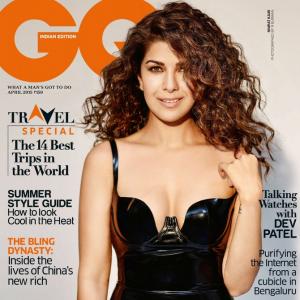 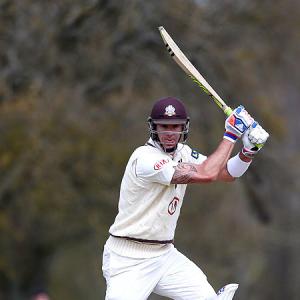