News
Business
Movies
Sports
Cricket
Get Ahead
Money Tips
Shopping
Sign in  |  Create a Rediffmail account
Rediff.com  » Movies » 'The negativity is only on the TV news channels' Director Anubhav Sinha says the negative perception about the Hindi film industry has been manufactured on television news channels and doesn't hold any weight among fans.

Ever since Sushant Singh Rajput's death in June, there has been a whirlwind of conspiracy theories regarding Bollywood, from its nepotistic nature to an alleged drug abuse.

The reporting of TV channels has also come under scanner, with many calling it insensitive and intrusive.

In an interview with PTI, Sinha, who has been critical about the television news reportage around Bollywood over the last few months, said there was no negativity around the industry.

"Just look at the TRPs of these TV channels," he says. "They don't matter at all. The negativity is only on the TV news channels. Do you think the fans and admirers on the streets have started feeling any different? No."

The director said viewers have started identifying how agendas have been shifting constantly.

"Even they can see through the stories on these news channels and can see how these channels keep shifting their goals: From murder, drugs, to someone missing. They are worthless goals." On the work front, Sinha is basking in the glorious reception of his music-video, Bambai Main Ka Ba, featuring Manoj Bajpayee.

The Bhojpuri rap, penned by Dr Sagar and composed by Anurag Saikia and sung by Bajpayee, highlights the struggles of migrant workers making a living in big cities like Mumbai.

The lyrics have been translated into English by senior journalist Sankarshan Thakur.

The director said he is happy that the rap, which is interspersed with the videos and shots of the migrant exodus during the lockdown, is resonating with people.

"I feel wonderful that a conversation we were keen on, which had suddenly gone missing, was brought back. I'm happy we created something which is entertaining to consume but also bothers you, helps you seek the right answers," Sinha said. 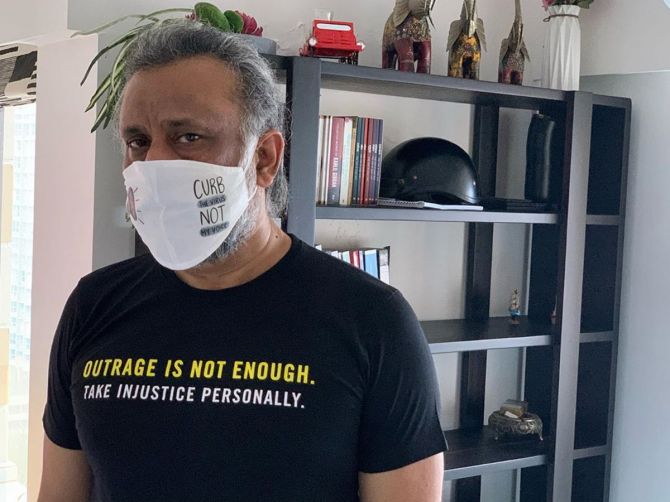 Last week, Union Labour Minister Santosh Gangwar told the Lok Sabha that the government does not have data regarding the number of migrants who died or were injured during migration to their native places during the lockdown.

Sinha said as a society, more should have been done for migrant workers who reached out for help in times of crisis.

"We should have looked at it with more sympathy, done so much more for them. Our attention got divided.

"We were not looking at the most pressing things with the best of intentions. We failed the migrant labourers. This is the first time they needed us to stand up for them but we didn't. We failed them."

The video has clocked in over five million views, placing the hardships of labourers right at the centre.

Sinha, however, believes the most a piece of art can do is spark a conversation, not bring an overall change.

"Any piece of art has the potential to emotionally touch you and nudge you. You can sensitise people about something, bring the discussion back to the table. But besides these two achievements, an art form doesn't do much beyond that." 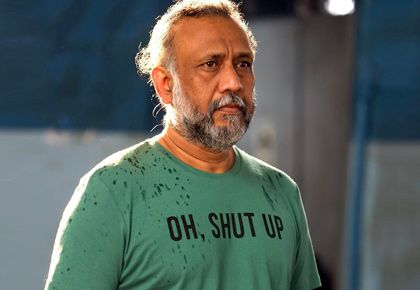