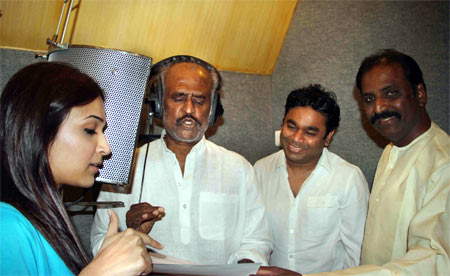 After his son-in-law Dhanush made waves as a singer with Kolaveri Di, it is the turn of superstar Rajinikanth to take to the mike.

And he has done it for music maestro A R Rahman.

Rajinikanth has recited the verses in his inimitable style while Rahman has sung the song in their latest Tamil film Kochadaiyaan, directed by Rajini's younger daughter Soundarya.

The lyrics have been written by Vairamuthu.

The last time Rajinikanth was part of a song was for the 1992 film Mannan.

So, there is a lot to look forward to from Kochadaiyaan other than it being the first 3D Tamil film.

The film is produced by Eros International and Soundarya's Ocher Picture Productions, and is written by well-known director K S Ravikumar.

In the picture: Soundarya, Rajinikant, A R Rahman and Vairamuthu. 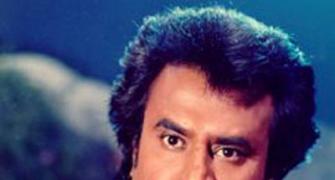 Quiz: How well do you know Superstar Rajnikanth? 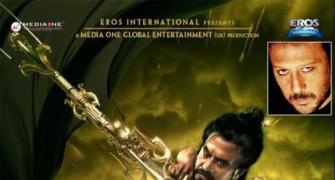 'Rajinikanth is bigger than anyone in Hollywood'