News
Business
Movies
Sports
Cricket
Get Ahead
Money Tips
Shopping
Sign in  |  Create a Rediffmail account
Rediff.com  » Movies » Komal gets all the women!

Komal gets all the women! 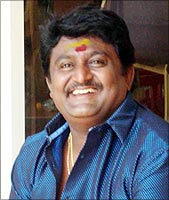 Popular comedian Komal has been signed on by Vijayalakshmi Singh to play the lead role in her third Kannada directorial venture Wah re Wah.

Her home banner J J Productions will be reopening its account in the comedy genre with this film. "The last time we produced a comedy was in 2004. We had given hits like Thayigobba Tharle Maga, Kathegalu Sir Kathegalu, Kurigalu Sir Kurigalu and Kotigalu Sir Kotigalu, but stayed away for a while from this genre to take up serious films. Wah re Wah is our 19th film," says producer Jai Jagdesh.

The film is inspired by the English flick What Women Want. A Marathi film has also been made on these lines, but there is only 50 per cent resemblance to it, according to Singh.

"But rather than categorising the film as a remake, I wish to see it as a pure family entertainer. I promise you all a 2 hour 15 minute laugh riot. Also, after seeing this film, women will want a son, brother, friend and a husband like Komal," she adds.

In the film, Komal will be seen interacting with females in the age group of 5-60 years. Bhavana Rao is the heroine. Over 45 women are cast in the film in roles ranging from a boss to auto drivers and bus conductors. 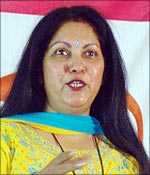 "In fact I suggested that we go in for an all women technical crew as well, but the production house couldn't manage to find so many women. After watching this film, women are sure to demand for more than 33 per cent reservation!" adds Komal.

The actor further hopes to understand women better after shooting for the film. "Female members in my family and friend's circle keep complaining that I fail to understand them, so I'm hoping to gain a deeper insight into the female psyche through this film. Most importantly I'll try and figure out what is it that is stopping women from acting with me! I heard the film makers had a tough time finding a heroine for me," he jokes.

The actor also expressed happiness over being offered the lead role. "I started out as a comedian under this banner and today they have signed me to play the lead role. I am grateful to them," he says. 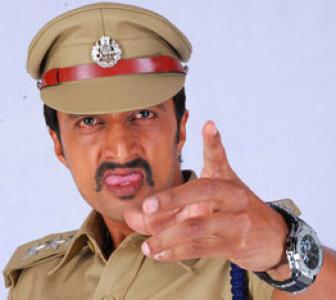 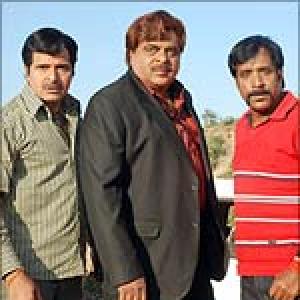