The much awaited film, Baadshah, starring NTR Jr and Kajal Aggarwal, produced by Bandla Ganesh and directed by Srinu Vytla, is releasing on April 5.

It's going to be a grand release worldwide with the largest number of prints. Baadshah is Vytla’s first film with NTR Jr.

Expectations are high as Vytla delivered a massive hit with his previous film Dookudu. Baadshah has been awarded a U/A certificate.

NTR Jr has undergone a makeover for this film. His costumes, hair and styling are quite different from his other movies. Ashwin Mawle has styled him. One of the black jackets studded with Swarovski crystals that NTR Jr wears in the film costs a whopping Rs 10 lakh, according to Mawle.

Vytla’s usual pair of Gopi Mohan and Kona Venkat has written the story like they did for Dookudu. Vytla has done the screenplay. The director is known for humour in his films which has become a brand now. Brahmanandam and M S Narayana are going to tickle the funny bone.

Like all other Vytla films, Baadshah is supposed to be a high-budget action entertainer. One of the highlights of the film is NTR Jr dancing to a song of his grandfather, the senior NTR, as part of a wedding sequence. NTR Jr is a wonderful dancer having been trained in classical dance too.

The film was shot in picturesque locales in Italy, Switzerland and Bangkok, besides Hyderabad. K V Guhan took over the cinematography after Andrews, Jayanan Vincent and Rajasekhar filmed parts of the movie. The film is edited by M R Varma. 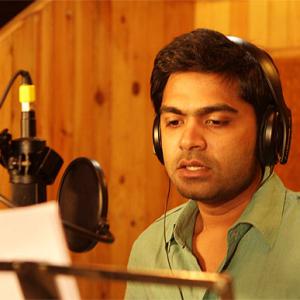 Silambarasan to sing in Telugu films