Image: A scene from Yaare Koogadali
Srikanth Srinivasa in Bangalore

Puneeth Rajkumar is banking on the release of his latest film Yaare Koogadali to bring him much-needed success.

Although his last two films Paramatma and Anna Bond were not commercial flops, the movies did not live up to expectation.

Yaare Koogadali, which is a remake of the Tamil film Porali, is releasing this week across Karnataka.

In this interview, the actor talks about the making of the movie and his role in it.

How is this film different from the original?

Whether you have watched the original or not makes no difference because this is a totally different film made in Kannada, with different scripting and casting.

I had a fantastic time working with director Samuthirakani. It was a great experience to team up with Yogi after Huduguru and with Bhavana after Jackie.

There are a number of actors who have come together. We have Sindhu Lokanath, Nivedita, Lakshmi Hegde, Ravishankar, Girish Karnad and Malavika among others.

'There are only three songs in the film' 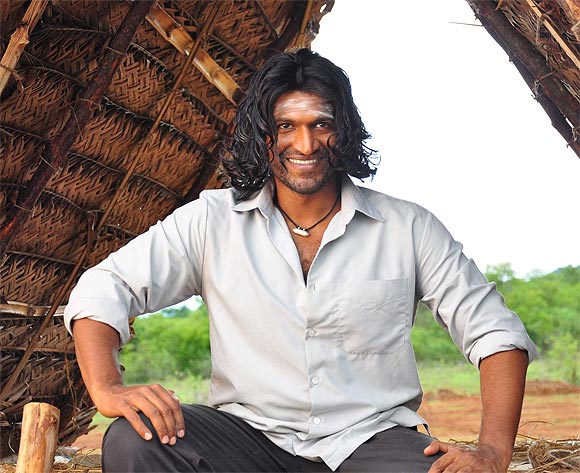 How is this movie different from the original?

When we made Hudugaru, which is a remake of the Tamil film Nadodigal, we had made a few changes from the original to suit Kannada audiences and tastes.

It had some personal touches that Kannada audiences need.

Having said that, watch it yourself on the big screen.

Why are there fewer songs in this movie when your fans want to see you dance?

The picturisation of song and dance sequences is purely dependent on what the script demands.
Tags: Kannada , Hudugaru , Nadodigal 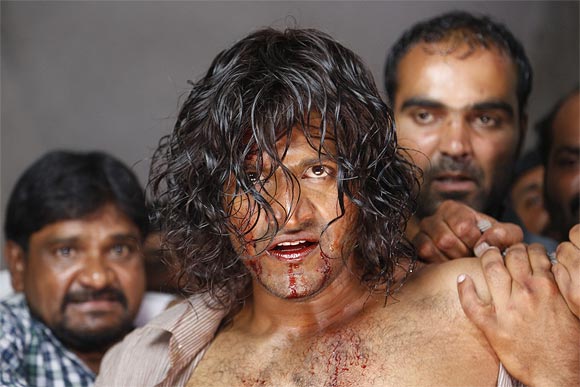 What really went wrong with your previous releases Anna Bond and Paramatma?

I think both films did not meet audiences' expectations. I really don't know what went wrong and I cannot judge or analyse the reasons why they didn't work.

However, it was an experience for me to act in such movies as I got to work with different directors.

Why is your family production house going slow in promoting this film?

I don't think that is true. My earlier films Jackie and Hudugaru were not promoted so much either.

You should direct this question to the production company as I am just an actor.

But I will say one thing. I have been talking to various channels and people ahead of the film's release.
Tags: Anna Bond , Hudugaru , Jackie , Parmatma , Paramatma

'Bhavana is an absolute professional' 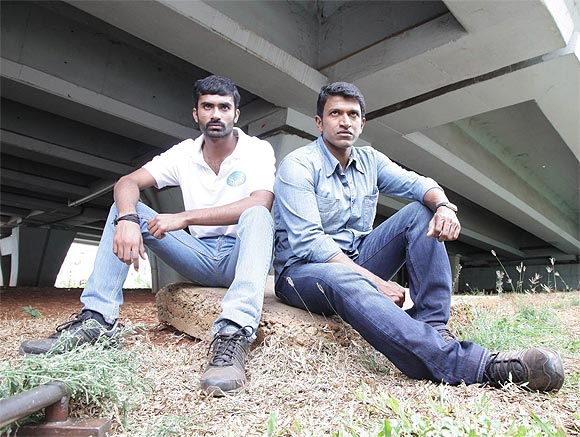 How was it to work with Yogi and Bhavana for the second time?

We have become good friends and I think that the chemistry has worked on the screen as well.

It was good to work with Bhavana again who is an absolute professional.

What did you learn while working with director Samuthirakani?

I think he is a performer himself and he knows what he wants from us.

He is an actor and has acted in a few films and so that makes it easier for him to draw a performance from actors. He has the ability to show us what is required in terms of acting.
Tags: Bhavana , Samuthirakani

'The fights are going to be as intense as in Hudugaru' 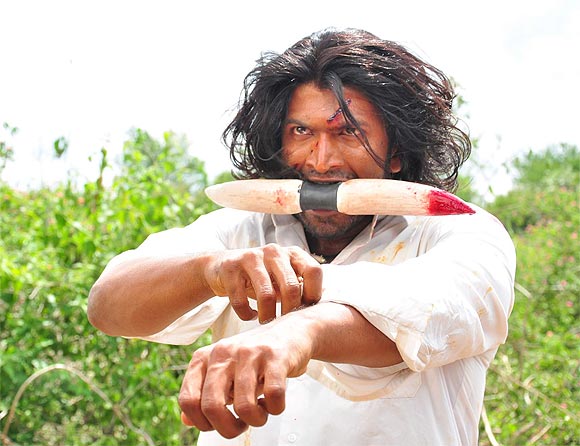 What kind of preparation went into this role?

I am not a serious actor and I don't do any homework.

You sport a new look in the film and there are two sides to your character. You also wear a wig.

Yes. My character has two shades. I wasn't sure if the new look that I sported would suit me. A lot of hard work went into designing this wig for me by the make-up department and the team of hairdressers.

The cameraman and the director had to take a call on how they wanted my character to look.

I had to look presentable and this involved some effort from my end as well. We had to work on the hair, beard and the matching colour. I am waiting to see how it looks on the big screen as I have only seen photographs.

What can audiences expect from the movie?

There is emotion, drama and much else. Audiences can expect a neat entertainer with a social message.

As for the fights in the movie, we have done what is required for the plot. The fights are going to be as intense as in Hudugaru.

Hopefully, we should be able to see the same intensity as in the original film.

Though the team was the same, the concept and the story is different.
Tags: Hudugaru
More