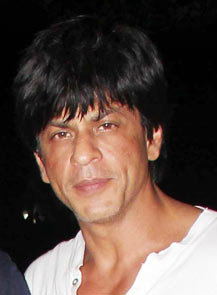 Shah Rukh Khan is in the midst of a controversy following reports that he has gone for a pre-birth sex determination test for a third child through surrogacy.

When contacted, an aide of the actor refused to respond on the issue.

A senior Maharashtra government official said they had asked the Brihanmumbai Municipal Corporation (BMC) to verify reports following a demand for an inquiry by an NGO and Indian Radiological and Imaging Association.

"The civic body officials are the appropriate authority for implementation of the Pre-Conception Pre-Natal Diagnostic Techniques (PCPNDT) Act in the municipal corporation areas," the official said.

Meanwhile, doctors from the health department of the BMC visited the actor's residence Mannat, in suburban Bandra, to inquire

but had to return as SRK was not at home.

"Our officials went to his residence. They were told by Shah Rukh's business manager that the actor has not made any statement on expecting a baby boy through surrogacy," said Dr Arun Bamne, executive health officer of the civic body's health department.

The PCPNDT Act provides for the prohibition of sex selection in the country before or after conception.

It regulates the use of pre-natal diagnostic techniques like ultrasound and amniocentesis by allowing them their use only to detect genetic abnormalities, metabolic disorders, chromosomal abnormalities, certain congenital malformations and sex linked disorders.

Media reports had claimed that SRK, 47, and his wife Gauri Khan were expecting a baby boy through surrogacy.

SRK and Gauri have a son Aryan and daughter Suhana.