'Why do we need Pakistani people in Bigg Boss?' 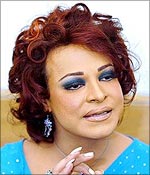 The Shiv Sena and MNS on Monday threatened to stall the run of the hit reality TV show Bigg Boss, protesting the inclusion of Pakistani artistes in the fourth season hosted by superstar Salman Khan.

The much-awaited show kicked off on Sunday with Salman unveiling the 14 contestants, including Veena Malik, Pakistani model and ex-girlfriend of cricketer Mohammed Asif and Begum Nawazish Ali, the cross-dressing host of a popular chat show in Pakistan.

"If Pakistanis are participating in the show, then allow Ajmal Kasab and Afzal Guru also (as contestants)... Sena will not permit to run the show," he said.

Raut said Indian artistes are not given importance in Pakistan and Indian channels are banned there. "Then why does the show want Pakistanis on Indian television," he asked.

Echoing the sentiment, MNS chief Raj Thackeray said, "Great singers like Lata Mangeshkar and Asha Bhosle were never allowed in Pakistan then why do we need Pakistani people on the show."

He also criticised the Colors show for giving unnecessary importance to the two Pakistani contestants and said they have no standing outside.

Bigg Boss revolves around celebrity contestants who are locked in a house under the surveillance of multiple cameras for three months without any contact with the outside world. 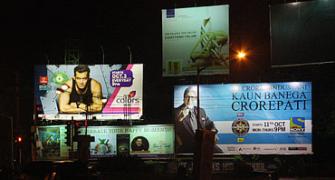 Salman Khan, Big B battle it out!