'Naseeruddin (Shah), me and others weren't typically good looking actors as was the demand then but he (Kundan Shah) saw something in us. I can never forget that.' 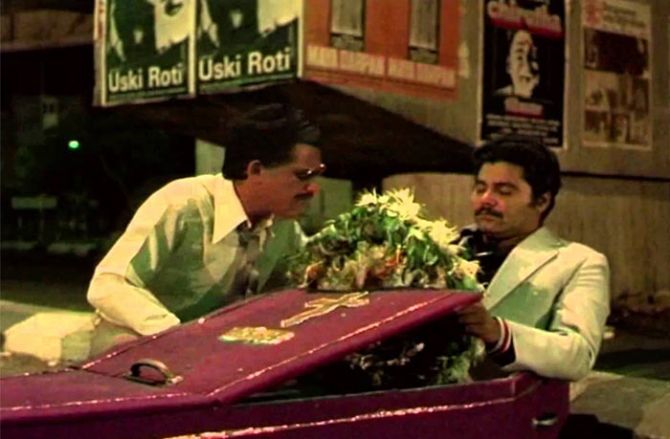 Satish Shah, who memorably played the role of a dead body in Kundan Shah's cult satire Jaane Bhi Do Yaaro, said he would not have been an actor had the director not given him a chance.

Shah, in his directorial debut Jaane Bhi Do Yaaro, had cast actors who did not belong to the conventionally good looking lot and Satish was one of them.

Remembering his friend, who died on October 7 at the age of 69, Satish said Shah, like the character in Waghle Ki Duniya, was a simple man in real life and did not believe in publicity much.

In an interview with PTI, Satish recalled how his director friend could never adjust in the money-driven 'filmi culture.'

"Kundan was a simple man. He always kept a low profile. He was too involved with his work. We would often tease him, 'come out, see the world'. But he didn't change over the years. He would be a butt of our jokes and he would often get irritated but he never (complained). I am in great shock.

"Kundan believed in cinema, not movies. Fortunately or unfortunately, he couldn't adjust in the normal filmi culture back then. Actors were doing five-six shifts; the focus was more on money and less on the quality of work. That's when we entered the industry... We achieved recognition in a very difficult phase and the credit goes to him.

"I owe my success to Kundan. No one before him trusted me so much. He saw something in me and made me work hard. Naseeruddin (Shah), me and others weren't typically good looking actors as was the demand then but he saw something in us. I can never forget that." 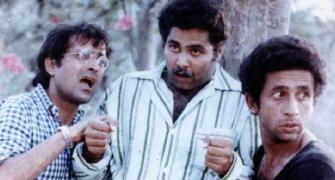