News
Business
Movies
Sports
Cricket
Get Ahead
Money Tips
Shopping
Sign in  |  Create a Rediffmail account
Rediff.com  » Movies » 'Salman is one of the best dancers I have known'

'Salman is one of the best dancers I have known'

The fourth season of Dance India Dance will start on Zee TV on October 26.

The new season will see a new set of judges on the panel.

One of them is Muddasar Khan, the man behind some of Salman Khan’s popular dance moves from Ready, Dabangg 2 and Bodyguard.

At 27, Mudassar is the youngest of the three choreographers, and is fondly called the "Master Blaster" for his spirited and sporting attitude.

The other judges on the show are Shruti Merchant and Feroz Khan.

Feroz Khan is credited with choreographing smash hits Maa Da Laadla from Dostana and Move Your Body from Johnny Gaddaar. He has worked on plum projects such as Agneepath, Ra.One, Aisha, and Anjaana Anjaani.

"It's a huge challenge for me to judge a dance platform of the calibre of DID. I'm all set to give it my best shot," Mudassar says.

He says Salman Khan is aware that he is part of Dance India Dance. “Salman sir is very happy that I am doing the show. He is very supportive and wished me luck. The show will definitely change things for me. I am happy I got the opportunity."

He hopes that he will do as well from the show as Remo D'Souza did.

“Remo D’Souza was part of this dance show and his life changed after it. He went on to make a dance film called ABCD: Any Body Can Dance.

“Dance India Dance is a big platform for me as the learning level will increase.”

A chance meeting set him on the road to Bollywood.

at a local mall. Salman sir (Khan) saw me and was impressed, and asked me to be in touch with him.

“After a month and a half, he took my number from Sajid-Wajid, called me and asked me to meet him. He first told me to choreograph a dance for him for an awards night."

The choreographer got his first break in Bollywood with Humka Peeni Hai from Dabangg. “Salman sir gave me a chance to choreograph it. He is my godfather and will remain that for me.”

Salman Khan is said to be not a very good dancer, so was it difficult to choreograph for him?

Mudassar replies firmly, “Salman sir is so far one of the best dancers that I have known. We have done several songs with him, be it films or at stage shows.

“We made him do different moves at 45 different events and he did it properly. I don't think he leaves any beat and he is one of the best dancers that I know.”

In fact, Mudassar says, Salman has taught him a thing or two.

“He has a very good knowledge about dance. Once he told me to do something where you put your hands in your pocket and dance. That particular dance move has become such an iconic step.”

There are many other Bollywood actors he would like to work with.

"I would like to choreograph Aamir Khan or Amitabh Bachchan. To choreograph those who are good dancers like Hrithik Roshan and Shahid Kapoor is not a challenge for me as I know they will do it."

And his personal idol?

“Dave Scott, who choreographed the 'Step Up' series, is my idol. It is because of him that hip hop got a boost.”

In India, “I admire Prabhu Dheva, whom I have met with Salman sir, Ganesh Acharya, Farah Khan and many more.”

On his ongoing projects he says, “I have choreographed one romantic song for Jai Ho (Mental) and have another film which will take some time to start."
Rajul Hegde in Mumbai
Related News: Dance India Dance, Mudassar, Abhishek Bachchan in Bol Bachchan and Party All Night for Akshay Kumar, Dabangg, Feroz Khan
SHARE THIS STORYCOMMENT
Print this article 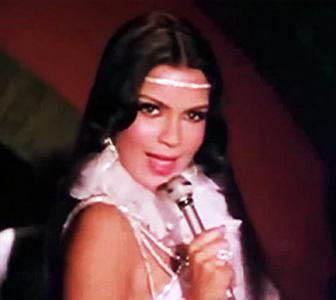 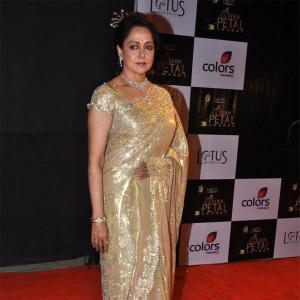