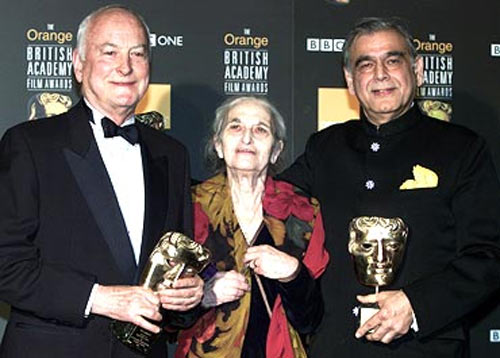 The late Ismail Merchant was a storyteller before he became a producer and a director. And most of his stories -- narrations of events in his life consisted of details, sometimes partial truths, that only some people remembered and others disputed.

One such story Merchant liked to narrate was how he and his partner and director James Ivory first met the writer Ruth Prawer Jhabvala.

Over the years Jhabvala would confirm that her first contact with the two young filmmakers was when Merchant called her from Mumbai in 1962. At that time Jhabvala, a German-born author, was living in Delhi with her Parsi architect husband, Cyrus.

But as Merchant would recall, when he asked Jhabvala whether he and Ivory could have the rights to her book The Householder, the writer pretended to be her mother-in-law. She had no interest in her book being made into a film. Apparently earlier Jhabvala had been approached by a group of BBC producers who were also interested in filming her book. But she lost faith in the film business when that project fell through.

But Merchant, the real persuasive face of the Merchant Ivory team, called Jhabvala again from Delhi and out of politeness she agreed to meet them. Later Merchant would acknowledge that it was Ivory’s quiet personality that convinced Jhabvala to give the rights to her book to the duo and also write a screenplay for the film.

Jhabvala died yesterday after a prolonged illness. The Washington Post quoted Ivory as saying that she had a pulmonary disorder. She was 85 and her death was expected. A few weeks ago author Kiran Desai told me that she had learned from her mother Anita that Jhabvala could die within days.

It seems like a coincidence that Merchant died exactly eight years ago in 2005. Jhabvala’s death brings a close to the work of one of the most prolific and devoted teams of collaborators. It may sound like a cliché but it is truly the end of an era.

The Householder was released in 1963. In the last five decades, Jhabvala worked almost exclusively for Merchant Ivory Productions writing 23 scripts for the team. Her last collaboration was with Ivory’s underrated The City of Your Final Destinations (2009).

She won Oscars for her screenplays for two of Ivory’s finest films -- A Room With A View and Howards End -- both adaptations of EM Forster’s novels and was nominated for another Oscar for The Remains of the Day. Her only credit outside Merchant Ivory Productions is for Madame Sousatzka -- John Schlesinger’s 1988 film with Shirley MacLaine and Shabana Azmi.

Like her writing, novels and short stories, Jhabvala’s screenplays had a quiet, gentle quality, even when she was exploring explosive class dimensions in films like Howards End. Writing screenplays was a new life -- a sort of hobby for her, but it also it got her a lot of recognition.

In an interview she once said that while writing The Householder -- the novel, she had never imagined it to be a film: ‘I had hardly seen a film because I was living in India,’ she said. ‘All we got was the worst Hollywood films.’

She thought writing screenplays could be easy. For her first project she took the dialogues from The Householder and thought she was done, until she realised that was not a screenplay. ‘You cannot take the dialogue from a book… you have do things to it.’

Her favourite adaptation process was working on Henry James’ books The Europeans (1979) and much later The Golden Bowl (2000), which had very few dialogues. So she had to “pull the thoughts and feeling of characters” and transform those into dialogues. ‘That was a great challenge,’ she said in the same interview.

‘I love dialogue scenes,’ she said, adding, ‘maybe I should be writing plays.’ But she preferred keeping her scripts and the dialogues simple. “It’s very difficult to follow otherwise. Your language has to be much simpler (as compared to in a novel).”

And actors appreciated working with her. Madhur Jaffrey who performed in three films based on Jhabvala’s scripts (Shakespeare Wallah, Guru, Autobiography of a Princess) once told me: “I feel I know how to play her (Jhabvala’s) writing, because she writes in a very fair kind of way, and then you have to fill in. I like that, because it allows and gives you room. It is more challenging.”

On winning her best actress Golden Globe for Howards End, Emma Thompson said, ‘Ruth Prawer Jhabvala is simply a genius.’ Later when she won the Oscar for the same role she thanked Jhabvala ‘for her flawless adaptation.’

Critics could not stop praising Jhabvala’s screenplays. In his review of Howards End, Vincent Canby wrote in The New York Times: ‘What continues to astonish is Mrs Jhabvala’s magical way of putting herself in the service of another writer’s work, preserving as she distills.’

But despite all the praise and recognition Jhabvala stayed unassuming, honest and simple. Another writer in her position would have moved to Los Angeles and become a Hollywood player.

I did not know Jhabvala well. I never got a chance to interview her. But I saw her and her husband a few times in New York City, at small parties and other gatherings. The last time I saw her was a month after Merchant had passed away and a celebrity-packed event was organised to celebrate the legendary producer’s life. Jhabvala and her husband arrived quietly -- both small built, looking more like sweet grandparents who really were out of place in an event that featured the likes of Ralph Fiennes, Vanessa Redgrave and Greta Scacchi.

Jhabvala lived a private life. Merchant wrote in her autobiography My Passage From India, ‘Ruth does not welcome the intrusion of strangers into her life.’

Merchant and Ivory remained her closest friends. In fact, a few years ago Ivory revealed that one part of the Merchant Ivory Production myth was true -- that he, Merchant and Jhabvala all owned apartments in the same building in New York City. And everyday they would meet for breakfast and dinner.

It is sad to think that Ivory is now left alone.

Image: James Ivory, Ruth Prawer Jhabvala and Ismail Merchant receive a British Academy film fellowship at a ceremony in London in 2002. Remains of the Day, Room with a View and Howards End brought them huge acclaim.
Photographs: Michael Crabtree/Reuters 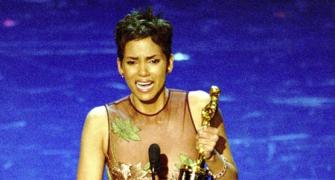 Ten Reasons To Watch The Oscars! 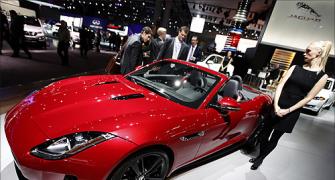 STUNNING cars you would love to drive! 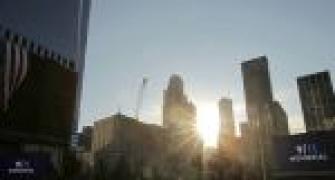 Ground Zero debris to be sifted for 9/11 victims' remains 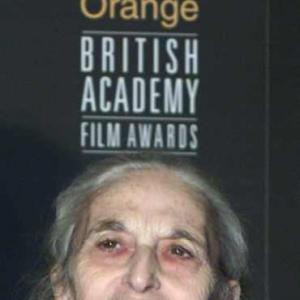