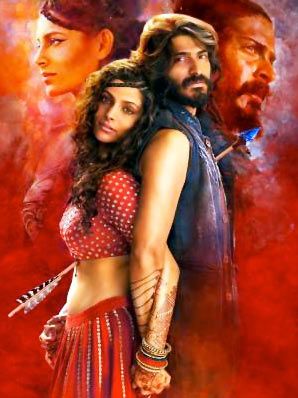 Some stories are a product of its time.

Against a contemporary perspective, they are straightaway obsolete. But delve deep and they’ll reveal a desperation and repression that could be forged into something dark, disturbing or poignant.

Mehra’s Mirzya, a beauteous but hollow reworking of Mirza Sahiban, one out of the four famous Punjab romances about star-crossed lovers, chronicles the misfortune behind their prominence around a scenario split between a fanciful present and sequences of a mythical past.

While one arc replaces Punjabi pride for Rajasthani royalty, the other preens in artistic liberty. Neither timeline exhibits any semblance to reality; it’s like watching the dainty inhabitants of a musical snow globe stuck in a state of inertia, graceful but, nevertheless, inertia.

The director’s advertising world aesthetics fashion a tribal warrior theme for the parallel universe marked by Leh landscapes, slo-mo aggression, arrows with blue crystal tips and CGI overkill. Though a vision to behold, the segments are little more than a ruse to distract from its lack of emotional structure.

Cinematography by Pawel Dyllus and Shankar-Ehsaan-Loy’s soundtrack imbued in Gulzar’s penmanship are Mirzya’s only source of soul. But they are not enough to save the sluggish storytelling.

Completely doing away with the element of incest or clan conflict of its source, Mehra instead evokes defunct, cheesy notions of a love story.

Mirza and Sahiban are known as Munish/Adil (Harshvardhan Kapoor) and Suchi (Saiyami Kher) in their new avatar. There’s nothing timeless about their limp chemistry and unconvincing connection, especially to justify the latter’s hot potato treatment of her blue-blooded husband-to-be (a feeble Anuj Choudhary). One moment she’s locking lips with the fiancé like she means it, another she’s making out with scruffy stable boy because they attended the same alma mater?

To balance things out, there’s another girl (a mawkish Anjali Patil) crushing on modern-day Mirzya but she’s too mindful of her role as collateral damage to be anything else.

Things remain pretty ridiculous for a while.

Between musical interludes of leaping dancers, more exotic than folk, expounding on the erratic relationship status of the leading pair and a hammy heroine’s father (Art Malik) with Romeo and Juliet on his lips and Twelfth Night on his wall, Mirzya finds time to embark on a full moon safari drawing assaulting lions et al. It’s the only time the word ‘junoon’ popped in my head. The one starring Rahul Roy.

Having said that, Mirzya’s commitment to seriousness is tiresome. It’s a good one hour and 50 minutes before we catch a glimpse of Harshvardhan Kapoor’s smile.

After seeing Trilok Kapoor and his nephew Shammi enacting the same character in black and white adaptations released a decade apart, it’s safe to say newcomer Harshvardhan is the most impressive. Neither his grubbiness nor his physique seems manufactured. His authenticity and gentle speech, a lot like Ranveer Singh’s Lootera voice, stands out in Mehra’s lavish spectacle but blends in robustly as he transforms into a horse-riding archer of an unspecified reality.

Expressive as her luminous face is, his statuesque co-star Saiyami Kher falters as soon as she opens her mouth. It’s never a good thing if your dialogue delivery reminds one of Meghana Kothari in Prem Aggan.

Opulent Leh battles, seductive Rajasthan ballet, picture perfect frames of postured passion peppered in flared lens to the tune of a soundtrack that’s miles ahead of its scenery involving people we never care about in life or after -- Mehra’s Mirzya sacrifices sense for style and that is its real tragedy. 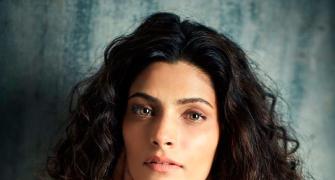 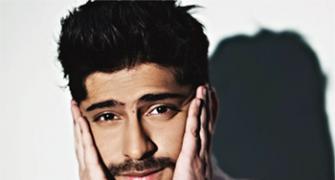 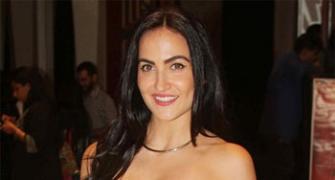 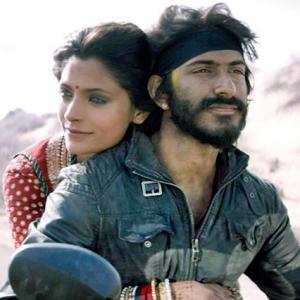