Suicide Squad is less an actual movie and more an assemblage of moments, moments mostly to do with popular music appropriated around shots of spectacle, with every single scene trying to hit a crescendo of cool and the film, thus, failing to find any peaks at all, says Raja Sen.

Remember how the iPod changed the way we shared music?

We used to carry around a tape or a CD and play someone a track or two, but when we started easily (and indiscriminately) lugging around our entire vaults, the temptation to jump from one track to another got too intense.

We'd play a slice of one and a riff from another, skipping restlessly from song to song in order to spread what we felt was awesome -- and show off our discovering ears -- as widely as we could.

Watching David Ayer's Suicide Squad feels exactly like being trapped in an elevator with an enthused iPod-wielding kid.

This is less an actual movie and more an assemblage of moments, moments mostly to do with popular music appropriated around shots of spectacle, with every single scene trying to hit a crescendo of cool and the film, thus, failing to find any peaks at all.

(This montage-y, music-video method of filmmaking would hurt a great deal less if Ayer's playlist was less obvious -- and less literal -- for here the filmmaker underscores the entry of a badass with Sympathy For The Devil, a getting-together of seven villains with Seven Nation Army, and the return of a character with Eminem's Without Me, a song that keeps repeating the words 'Look who's back.' Watching serial killers and psychopaths getting all wistful feels plain moronic when it's set to Freddie Mercury trilling 'Mama, I just killed a man'.)

Suicide Squad is a promising comic book idea, that of an exploitative government programme to rehabilitate supervillains by turning them into an expendable, nothing-to-lose team sent into the stickiest situations.

It is the kind of unlikely, motley crew story that should end up, if not somewhere striking between Ocean's Eleven and The Holy Mountain, then, at the very least, somewhere goofily enjoyable like The Italian Job remake.

The idea, of course, is basically The Dirty Dozen done with metahumans or whatever the comics are calling them nowadays, but Ayer's film gets the fundamentals horribly wrong.

What Suicide Squad does get right is Harley Quinn, one of the coolest women in comics.

It could have done without the many, many leering shots of her spandexed and barely-covered posterior -- and how I wish they would have stuck to the classic Harley costume -- but the looney-tune lunacy of the character is animatedly captured by the striking Margot Robbie.

Robbie, who enters the film confessing her boredom and asking to be played with, is marvellously off her rocker, contorts her mouth into distractingly anime grins, and creates a character that is all sass and unpredictability -- and, of course, undying romance for her peculiar paramour.

Where, indeed, would Ms Quinn be without Mistah J? (The film takes its time spelling it all out for us. The first half-hour of this movie is entirely dossiers-and-flashbacks, clumsily thrown at us as if we had walked into something called Backstory Brigade.)

In a film supposedly about all-star bad guys, there's only one we all know. The Joker is among the most iconic villains in all of fiction, and here we have Jared Leto take a stab at it. His take -- as a preening and tattooed gangster who doesn't shake hands -- slithers and hisses a lot, but doesn't deserve mention alongside the greats before him. His immensely-discussed insane preparations for this role seem flummoxing: he went method on the sets and harassed his co-stars with used-condoms for this? A role Johnny Depp or Jim Carrey could knock out in their sleep? Please.

There is, though, one gorgeous shot these two raving, reckless romantics share. They take turns diving heedlessly into a vat of acid, for love. A fall with grace.

That is the only grace you'll find in Suicide Squad.

Will Smith, as the assassin Deadshot and the de-facto leader of the team, is in fine form as he negotiates terms-for-hire -- including a clause saying that when his daughter is sent to an Ivy League college and if her grades aren't great, he needs the government to 'white-people that thing' -- but despite his effortless swagger, the coolness of Smith's character is often undercut by nobility.

That, actually, is a perplexing problem running through this tone-deaf film: the idea that these slimy villains would suddenly, overnight, bond like brothers and start prizing their unlikely new friendship over all else.

The film starts with Viola Davis as the smugly all-knowing Amanda Waller, the government operative putting together this secret task force, and after she tells us about it all, we see the guys go on one mission. One mission. There is no sense of urgency as these guys banter around changing into costumes old and new even as a city is being torn up, and later, before the messy and inane Ghostbusters-y climax at the end, they sit around at a bar not bothered about any ongoing damage.

If the nihilism on display is to be applauded, it is also instantly squandered when these villains -- armed by ninja swords and bad, bad dialogue -- start celebrating the very idea of being buddies.

The only way this film is dark is because it's set at night.

There are too many characters and Ayer gets the juggle catastrophically wrong.

Cara Delevingne's Enchantress gets a neat black-hand-under-her-own-hand gimmick and embers flickering around her face that look good in 3D, but she also gets bizarrely varied accents during the finale, turning her into an increasingly bad joke.

Jay Hernandez plays Diablo, a fire-summoner frequently (and somewhat confusingly) referred to as 'a gangbanger' to make him seem menacing, but he only ends up being unbearably emo.

Karen Fukuhara's Katana -- one of the most lethal characters -- here skulks around with her Soultaker blade only to repeatedly be told not to do anything. (When this girl gives up and chooses drink over duty, the slump of her shoulders is one we can relate to.)

Naturally, Batman shows up, growly and Afflecked and saved by a girl who I fervently hope is not named Martha. (Bats also features in a stunningly unnecessary mid-credits sequence, so if you do ill-advisedly go to theatres for this one, you may as well wait up.)

At one point in the film, Smith's Deadshot shrugs off military jargon and says he wants it translated for 'those of us who can't speak good-guy.'

Right about now, it's becoming depressingly clear that the studios in charge of the DC Comics characters can't speak good film.

Review: Sex Chat with Pappu & Papa is a cool concept 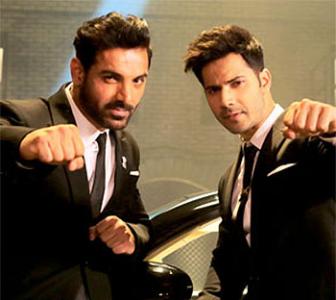 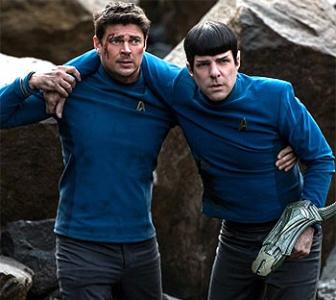 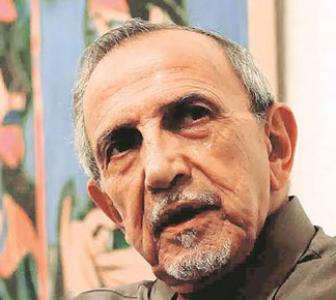 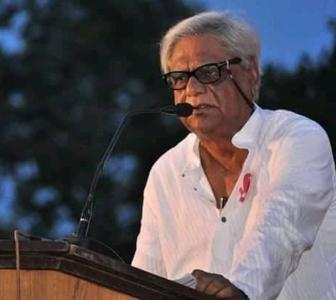 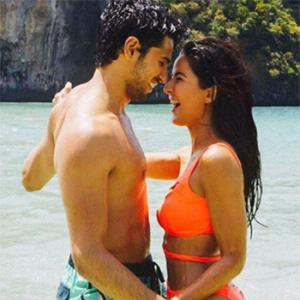