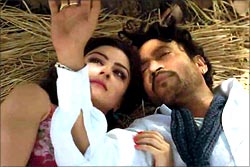 The title means nothing, you know.

Saheb Biwi Aur Gangster was fine, cheeky and homage-y but this added Returns, a grammatically incorrect English word at the end of a Hindi title? (Instead of, say, Saheb Biwi Aur Doosra Gangster?)

It is this anything-goes approach that carries itself on to the opening credits -- with oddly tacky graphics of tossed coins and guns, as if to rub the film’s lack of finesse in our faces -- and to the characters, who are introduced with no subtlety whatsoever: the word Gangster shows up with a funny gong sound, the Biwi appears to wailing B-movie siren sounds in the background.

Thus does director Tigmanshu Dhulia make it clear that he’s plunging us into a world of pure and unashamed schlock, and this film is meant to be terrifically tawdry.

From the background score that often features infant screams a la bad horror films, to scenes resting heavily on obvious metaphor, to the protagonists speaking exclusively in clever and applause-seeking dialogue, this is a film that aims to thrill and do so in the delicious language of the lurid. Saheb Biwi Aur Gangster Returns is a theatrically indulgent entertainer, one that makes no bones about its pulpiness and stays well and truly juicy.

In the land of the Uttar Pradesh kings, where all moustaches are twirled up with flair, a once-wealthy royal sits in a wheelchair and plots his second marriage, deciding that arm-twisting is as good a seduction tactic as any. Saheb (Jimmy Shergill) wants what he wants, which is to humiliate everyone around him, bring them to their knees.

Meanwhile, his sloshed yet serpentine wife (Mahie Gill) lashes out: for help, for money, for company and for her queenly honour, whatever that last one means.

There is an abducted young princess (Soha Ali Khan) and her vengeful lover (Irrfan Khan, this film’s Gangster) and much, much skullduggery afoot: this is a film where women sing old movie songs in their haveli at night, but even that romantic song about embraces comes from Woh Kaun Thi, a film of cruel conspiracy. And of double-crossing women.

Rife with their own internal motivations, none of the mains can be trusted. We are never sure just how much each protagonist knows, and what their next move is -- or what, indeed, they want. Their fascinating amorality keeps the narrative tense and genuinely unpredictable, and a very solid ensemble coupled with tremendously entertaining dialogue -- not to mention Dhulia’s irresistibly quirky gallows humour -- makes this a very rollicking film.

Take, for instance, the lush queen. Mahie Gill’s Madhavi is all sarees and seduction, sure, but she’s made

to play the drunk and desperate character cartoonishly over the top. She may or may not be bad, but, like Jessica Rabbit, she’s just drawn that way. Jessica Rabbit*h, then.

She’s hurt and wounded as well as hot and hungry, and Dhulia uses her cunningly, to evoke disgust and pity and love. And yet to keep us guessing.

The film’s dialogue is exceptionally good. Not just the taaliyan-at-a-baithak lines about how everyone looks the same in a wheelchair and why men swear more (because they sob less), but also the telltale lines that winkingly give away bits of the game.

A policeman measures out the future in terms of the next year, the next election, the next Shah Rukh Khan film. While a politician (in what will inevitably be the film’s most quoted moment) triumphantly calls himself a sensitive tomato.

The air is heavy with metaphor, as mentioned, but it’s handled most entertainingly. A man with killer aim starts to wield a camera, a sharpshooter learning to shoot. A veteran actor known for on-screen lasciviousness is the only one woefully out of place during a trashy dance sequence. A princess stands on her lover’s toes; a wife needs hands to steady her. One character ambitiously reads the constitution while another, attempting to forge and caress an unlikely romance, reads Shrabani Basu’s Victoria And Abdul, about the clerk who loved the queen.

The performances are unanimously strong. Irrfan, with several quivers full of the dialogues he likes, is a riot at first, and then a delight to watch gradually unravel. Mahie is intentionally exaggerated but performs with significant flair, and makes sure her barbs sting. Soha has the stateliness for the part but plays naive in almost childlike fashion, which is great. Raj Babbar and Pravesh Rana are very well cast. And we must also single out Rajeev Gupta as the film’s funniest character, the theatrically inept politician, the tomato.

But the film belongs, as it were, to Shergill. He dominates proceedings with delicate nuance and wonderful presence; it is as if he finds more dynamism from being strapped in a wheelchair. It is his lines that ring the loudest, and his eyes that do the film’s talking. This is a rendition that deserves a salaam.

Despite finding a lot to individually love, I wasn’t very sold on the first Saheb Biwi Aur Gangster, largely because of the way it stretched out, its uneven tone, and the fatal misstep in attempting to pay tribute to Saheb Bibi Aur Ghulam by mirroring the classic.

The new film is much sharper, more assured, and, unencumbered by a classic to stand beside, a far better film.

Like the crooners aware of which guests to keep away from the tipple and the aides who wait till the master’s lips touch drink before letting their own, it is clear Tigmanshu Dhulia knows what he’s doing. It has, in fact, never been clearer. Which itself is worth drinking to.

Besides, how could one resist a film where even drawers opening and closing sound like guns being cocked? 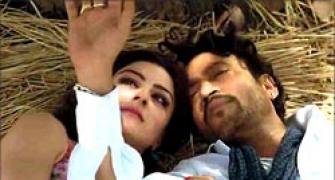 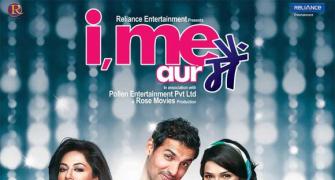 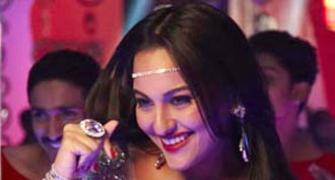 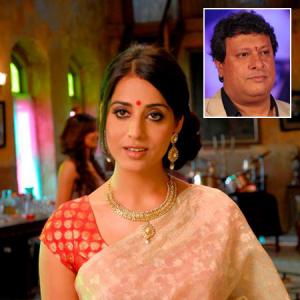 'In our film industry, the weakest aspect is acting' 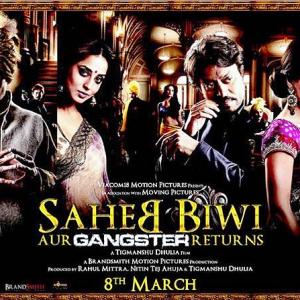