News
Business
Movies
Sports
Cricket
Get Ahead
Money Tips
Shopping
Sign in  |  Create a Rediffmail account
Rediff.com  » Movies » Review: MSG The Messenger is not a movie 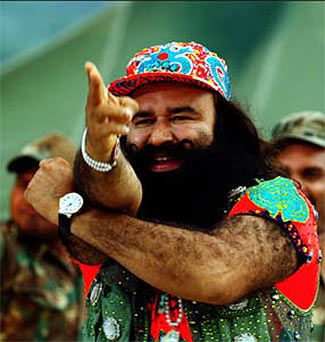 MSG The Messenger is a feature-length advertisement you’d be best advised to forego, says Raja Sen.

This is not a movie.

MSG, formerly known as Messenger Of God and now retitled as The Messenger (one of the options for the title indeed was “MSG The Son Of God”), might be a theatrical release but this can, by no means, be called a piece of cinema.

A whopping 197 minutes long, this is a poorly assembled, terrifically tacky and tremendously ill-conceived showcase for a self-styled spiritual leader -- self-styled because no costume designer in the world could match up to this man.

The film opens with Saint Gurmeet Ram Rahim Singh Ji Insan -- the MSG leading man credited for everything from script to cinematography to direction -- sitting in a black Mercedes, wearing a neon-green boa and diamond-topped sunglasses, singing a vaguely hiphoppy song called Never-Ever.

It is like the intro video made for some particularly bizarre pro-wrestler in an over-bhangrafied version of the World Wrestling Federation.

Nobody’s seen anything quite like this: a godman casting himself as quickfix superhero in a film that claims he is the answer to some of our most pressing social and medical evils: farmer suicide, female infanticide, AIDS, thalassemia, rehabilitation of prostitutes, and the increasingly rampant drug problem in Punjab and Haryana.

It is the latter that make up an unbelievably dead-eyed bunch of villains in this film, angered drug cartels who put a hit out on Saint Ji, sending incompetent assassins to try their best. (There is, as one can barely imagine, very little subtlety involved; the politician in charge of the cartel is unambiguously named Chillum Singh. I assume rejected names include Hashish Kapoor and Ganja Grover.)

The very idea of taking this propaganda piece and making it a feature film with an actual plot is a horrid one, and I can’t help but picture -- in an ironic twist on the status quo -- a godman misled by his yes-men and followers, going along with this preposterous idea because enough people said “Wow, Guruji, you look awesome” and “Guruji, fly through the air on a motorcycle one more time while playing a (muted) guitar-solo because that’s what people want.”

Saint Ji himself, in my book, comes across as harmless enough, his excessive swagger more than tempered by a beatific smile.

He might use the lyricless interlude of a song to drop to the ground and give the crowd a few sudden push-ups, but -- in complete contrast to his loud purple outfits -- he speaks with a sweet, childlike shrillness.

His character is always tender and never aggressive except perhaps during choreographed song performances, when Rock Papa -- as his younger fans call him -- breaks into hardcore, aerobic-style jigs, shaking his stuff in full-on Bollywood fashion.

He isn’t an actor -- and he barely attempts to act -- but the release of MSG is the story of how Saint Ji is surrounded by genuinely incompetent folks, from technicians to filmmakers to advisors, who have clearly feasted on his bucks and given him a shamefully sloppy product.

The whole film looks like those Pakistani VFX videos we laugh at on YouTube and -- while there is definitely, definitely something to be said for a film where a talking Barbie doll tells the hero how a little girl in a bride costume is in danger, and where a villain uses a Quidditch ball to drug people -- at 197 minutes it is sheer torture.

There are, as said, distractions, not least of which is Saint Ji’s wardrobe, a searingly eye-scorching assortment of technicolour bling -- think Ramleela costumes designed by Ed Hardy.

It’s bewilderingly loud and often hilarious, but then looking at the astoundingly unselfconscious way Saint Ji wears them and the way his (self-composed) music clearly has an impact on real crowds, we might be looking at a new kind of excessively fashion-forward spiritual leader, one who wears this stuff because only he can (and believe you me, only he can) and it is truly, completely clutterbreaking.

Remember when PK said he wanted to wear a bright yellow helmet so god can see him from afar?

Well, say what you like about Saint Ji, but you sure can’t miss seeing him.

This feature-length advertisement, on the other hand, you’d be best advised to forego.

Unless, that is, you’re an Insan already, which means this review doesn’t mean a thing.

Rating: NO RATING. THIS IS NOT A MOVIE. 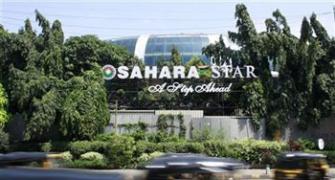 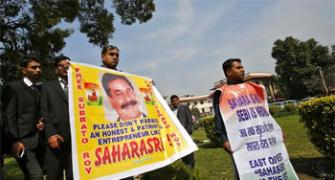 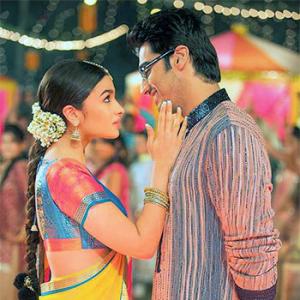