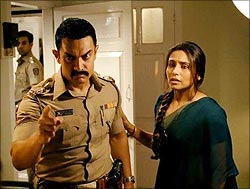 Aseem Chhabra feels Talaash is an intelligent film but falters towards the end.

Towards the middle of Reema Kagti's highly anticipated Talaash, an emotionally and physically exhausted Surjan Singh Shekhawat (Aamir Khan) lies down on a bed in a seedy hotel. Next to him is a gorgeous hooker -- Rosie (Kareena Kapoor).

They had met early in the film. They are attracted to each other, but Shekhawat is a married man, although his marriage is going through a turbulent period.

As Shekhawat closes his eyes, Rosie gently strokes his forehead and his hair, until he falls asleep. It is a tender moment -- rare for a Bollywood film, where love and caring is never expressed in such a mature, yet delicate manner.

Much of Kagti's Talaash, which she co-wrote with Zoya Akhtar (it is the second writing credit they share after last year's Zindagi Na Milegi Dobara) is mature in the way it handles its adult characters -- conflicted, troubled souls who are searching for ways to get over their personal and professional turmoil.

On the surface Shekhawat is searching for answers to a puzzling car accident that resulted in the death of a movie star.  As he gets a few clues, his investigation leads him inside the underbelly of Mumbai, the seedy world of hookers -- high class and otherwise, their pimps and the scavengers (a terrific Nawazuddin Siddiqui).

But Shekhawat has a deeper personal issue that weighs on him. He and his wife (a luminous Rani Mukherjee, giving one of her career's best performances) are mourning the accidental death of their young son. The tragedy and the fact that the two do not talk about their loss, is slowly creating a rift in their marriage.

Shekhawat also carries this personal trauma to work. His life is surely hellish, except when he gets a chance for some tender moments with Rosie, who becomes his confidante and a much needed therapist.

In Talaash, Kagti weaves a complex web, and she colours it with the mood and the atmosphere she and her collaborators create.  Talaash has the feel of a noir film -- a fine achievement for a Bollywood product, where the crisp cinematography by K U Mohanan (his credits include Ashim Ahluwalia's Miss Lovely, a dark exploration of the world of Bombay's C-grade films) and the haunting background score by Ram Sampath keeps us on the edge.

the lyrical duet by Sona Mohapatra and Ravindra Upadhyay.

Talaash is not a Hollywood style edge-of-the-seat thriller, but there is enough in the film to make us feel uneasy. At all times we feel the pain of our protagonists and sense a certain danger that lurks around them. There is the look, the knock on the door, the empty staircases, things that we see, but cannot explain, neon-lit signs of Mumbai's seedy bars and hotels, and the night shots of the city's empty streets.

Towards the end of the film, there is a big revelation. Obviously I am not going to spill the beans here.  But at this point Kagti and Akhtar's script starts to falter. In anticipating that this revelation may confuse some sections of the audience, the film then starts to explain more than we need to be told, giving us hints, underlying situations.

Despite that one big flaw, Talaash satisfied me. But I wanted more. I wish Siddiqui had a bigger, meatier role. His character evolves brilliantly, getting engaged within the film's complex puzzle and he holds himself well against a cast of glamorous Bollywood stars.

I wish Aamir Khan would trust his instincts when it comes to acting. The star makes all the right decisions with the projects he undertakes. But then why does he sometimes hesitate in his performances?  Khan is mostly believable in Talaash, a broken man, carrying the weight of the narrative on his shoulders. But then in a few scenes it appears as if he is thinking too much, showing signs that he is aware he is acting. In those few scenes Khan's performance is distracting.

And I wish Mukherjee and Kapoor would get more solid, intelligent roles. Talaash reminded me that these two stars are hungry for good work, and they can deliver, but they need a wise filmmaker like Kagti to bring the best out of them. 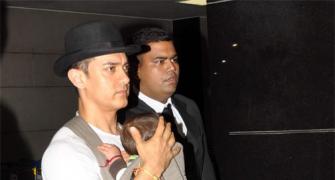 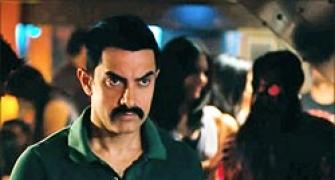 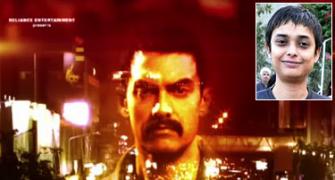 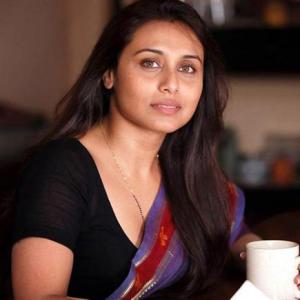 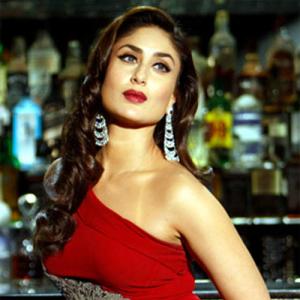