Review: A Flying Jatt is all heart, no craft 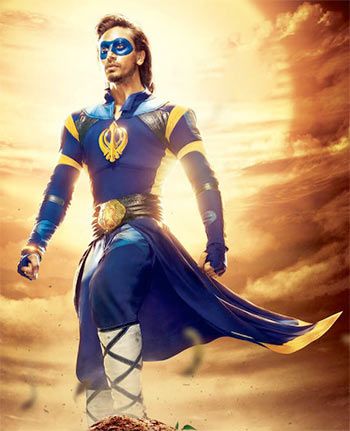 It ends poorly, sure, and has some clumsy moments on the way, but as a children’s film, A Flying Jatt goes a helluva lot further than those Krrish things, feels Raja Sen.

The good thing about casting Tiger Shroff as a superhero is that, thanks to his fluidly lithe movements, it does sometimes become hard to spot where the actual moves stop and the wire-work begins.

Watching Shroff, an endearing, almost unbearably earnest performer, reminds me of those early Salman Khan days when he was a lanky guy with long hair who pluckily tried to act, which is a great start -- but alas, this poor lad has all the dialogue skills of Hrithik Roshan. Which is to say: perhaps his martial arts movies need to be watched only when dubbed into another language.

This is a shame, for A Flying Jatt isn’t bad.

It ends poorly, sure, and has some catastrophically clumsy moments on the way, but as a children’s film, it goes a helluva lot further than those Krrish things.

It is a film, in fact, more about a superhero’s Punjabi mother than it is the hero himself, and that goes a long way in setting up the humour.

Amrita Singh, as the thrilled mom looking at Superman Returns tapes to educate her son on flight-pose decorum ('aise toh full speed mein udte hain') is priceless, as is the moment when, after appropriately epic heroic buildup, Tiger fatefully wears the costume only to flop into bed and pick up the television remote.

I don’t think I’ve watched a superhero movie where the hero’s mother has enthusiastically sown him a costume, and given the apoplectic way the genre is now exploding, finding a new, authentically Hindi filmi angle is commendable.

The problem with A Flying Jatt is its lack of faith in its own originality, which is why director Remo D’Souza ends up -- like Amrita Singh -- cribbing from superhero films we already know and love.

There’s the already classic Quicksilver sequence from Days Of Future Past, there’s a Sam Raimi trolley shot straight out of Spider-Man 2, and when the big villain -- Nathan Jones from no less than bloody Mad Max: Fury Road -- says that he wants a better costume, evil sponsor Kay Kay Menon basically orders him a Thor suit.

D’Souza, as a director, isn’t one. The film is put together sloppily, with several comedic sequences well-intentioned but not making sense. There is, for example, a scene with Tiger taking on a tennis ball machine with nunchuks.

Obvious slapstick, but it can be done amusingly and, while Shroff himself tries hard, the scene itself is staged bizarrely: it starts off with everyone wowed by the grace with which he strikes slower balls, even though the whole point of using the machine was to see if he could stop something as fast as a bullet.

Still, the way this boy hits an enzuigiri to a tennis ball is something special.

And that’s before he has powers.

After they kick in, and he -- apparently hard of hearing -- takes the shrill Fernandez for a joyride in the skies, she gasps more at seeing fireflies and a big moon than at her superpowered man.

The climax is painful and -- as with all films that yearn to be really big films without having the budget -- looks more and more pathetic.

The film is riddled with issues from the start. Tiger is given far too many superpowers and we never quite understand their limitations but it is, for the most part, an amusing diversion with a leading man hard not to like.

He might whimper too much, but I’ll take A Flying Jatt as a potentially decent franchise-starter even if the guy himself isn’t always in on the joke. (Though I do wish the film didn’t preachily go on and on about how amazing Sikhs are. Who didn’t know?)

As he begins to fly around -- not too high because he’s afraid of heights -- two women watch The Flying Jatt go viral on news channels and one wonders if he’s an alien.

'Jo bhi hai apna hai,' says the other smugly, the line -- meaning ‘whatever he is, he’s ours’ -- a dig at imported superheroes, sure, but also a line loaded with pride and one that holds more truth than all of Zack Snyder’s superhero attempts put together.

Superheroes are about hope, not fear. Unless, that is, you’re afraid to show your kids a superhero movie that focuses on twerking. 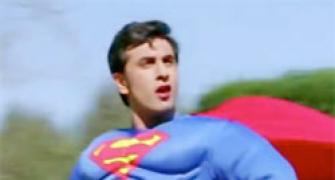 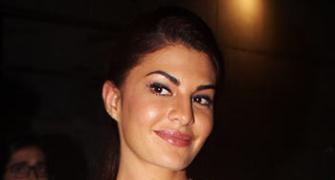 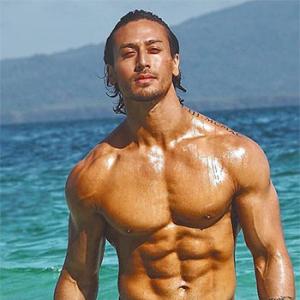