When Kajol was head girl 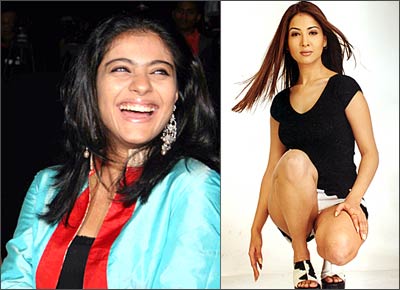 Sharing her memories is Bhumi Shah, who studied with Kajol and Kim Sharma.

I studied at St Joseph Convent, Panchgani (a hill station in Maharashtra) with Kajol and Kim Sharma.

Kajol was our head girl and a fantastic human being. She was my senior and was very good at school activities as well as dancing.

She was very down-to-earth though she was doing very well at that time. She visited our school after her film Yeh Dillagi (starring Akshay Kumar and Saif Ali Khan) was out, in her car. She chatted with everyone.

I studied with Kimi (her real name then) too. She wanted to become a model from the time she was in standard 7. She used to amuse us by modelling in school. Unlike Kajol, she always had an attitude.