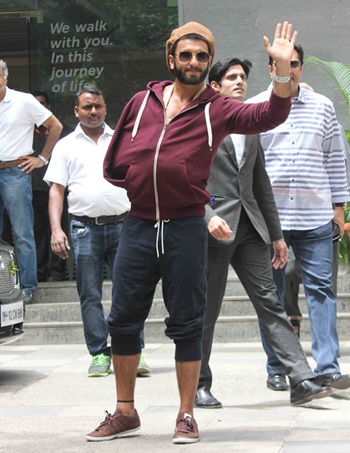 The 29-year-old actor, who had suffered the injury while shooting an action sequence for Sanjay Leela Bhansali's Bajirao Mastani in February, kept his Twitter followers updated before the procedure began with a series of tweets and a picture.

'Live tweet from the operation theatre,' he wrote with the picture (above).

He followed it up with two more tweets -- 'About to get knocked out!' and 'he injected my neck ! Whoa!!'

The actor's live tweets were followed by a string of responses from his industry friends who wished him for a speedy recovery. 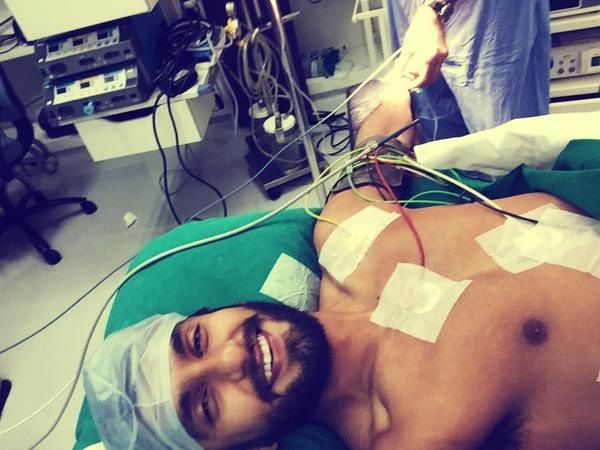 His Lootera costar Sonakshi Sinha was amazed by his antics, '@RanveerOfficial omg!!!! Baba you just reached a whole new level of crazy!!! Get well super duper soon!' she wrote.

Meanwhile, his Gunday costar and close friend Arjun Kapoor wrote, '@RanveerOfficial ur a reality show on ur own baba.'