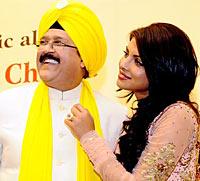 National award-winning actress Priyanka Chopra's father, Dr Ashok Chopra, passed away on June 10 at a hospital in suburban Andheri here after a prolonged battle with cancer.

Priyanka had posted a collage of her and her father's picture on Twitter this morning.

Dr Chopra, a physician in the Indian Army, was seriously ill for a longtime. He had accompanied Priyanka to Vancouver for the TOIFA Awards earlier this year despite his ill health. Priyanka, who won the best actress award there for her role in 'Barfi!' dedicated the trophy to her father.

The actress, who inherited the love for music from her father, was very close to Dr Chopra and even has a tattoo 'Daddy's lil girl' inked on her wrist. For over a fortnight, the actress had been by her father's side due his illness, keeping aside all her film assignments.

Bollywood stars turned to Twitter to express their condolences to the 30-year-old actress.

Asha Bhosle: ‘Deepest condolences to Priyanka Chopraji & family on the passing away of her father. He loved his music, country and family.’

Bipasha Basu: ‘Strength to u @priyankachopra n ur family.’

Genelia D'souza: ‘Deepest and Heartfelt condolences 2 dear @priyankachopra, your mom n ur fly.. All the strength 2u.’

Neha Dhupia: ‘So so sad to hear about your loss @priyankachopra ... Condolences to u and your family. Sending u tons of love n energy to get past this.’

Minissha Lamba: ‘My heartfelt condolences to @priyankachopra and madhuji. Prayers and strength to you.’

Neetu Chandra: ‘Came to know about Dr.Ashok chopra s demise.Priyanka chopra s father. It's a very sad day n I know how you feel when you lose you father.RIP.’

Prabhudheva: ‘So sorry to hear abt priyanka chopra's father. I hope god gives strength to her n her family to cope up with thisloss.My condolences.’

Anubhav Sinha: ‘Oh No!!! @priyankachopra May God give you strength. Lots of love. May his soul rest in peace.’

Kunal Kohli: ‘RIP Dr.Chopra.Condolences to @PriyankaChopra. Had a great love for music. Met him in Vancouver last, amazing zest for life.’ 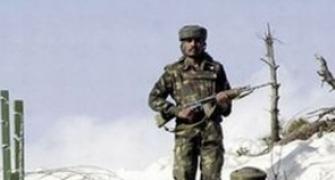 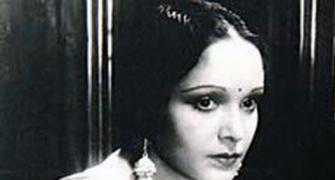 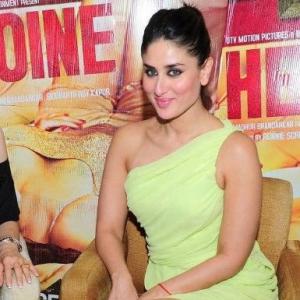 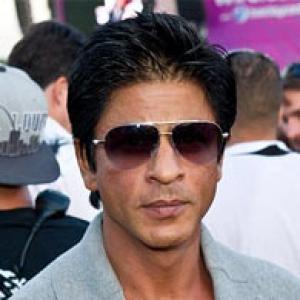