Actress Namitha got married to boyfriend Veerandra Chowdhary in Tirupati this morning. The wedding was held at the ISKCON temple.

The southern sensation has had a successful acting career since 2002.

She was the most googled woman in south Indian cinema in 2009.

Namitha participated in Miss India 2001 and was the fourth runner-up. It was the year when Celina Jaitley won the crown.

A look at the wedding pictures. 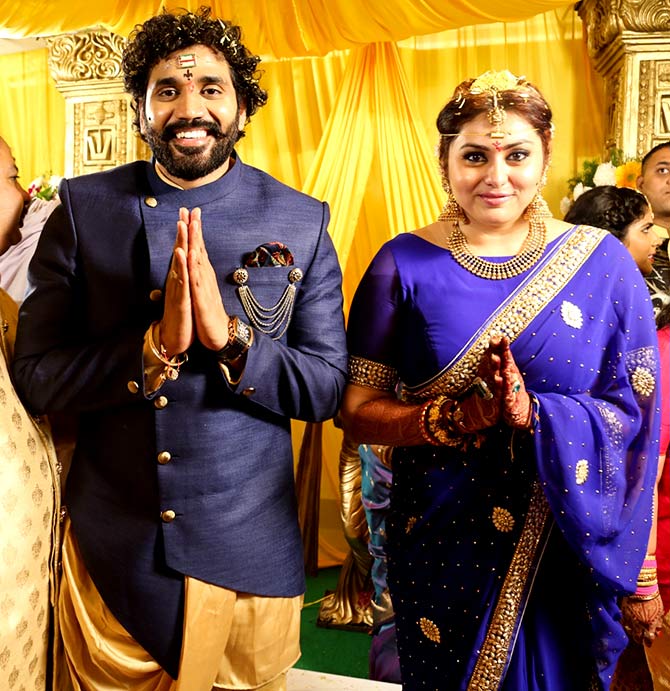 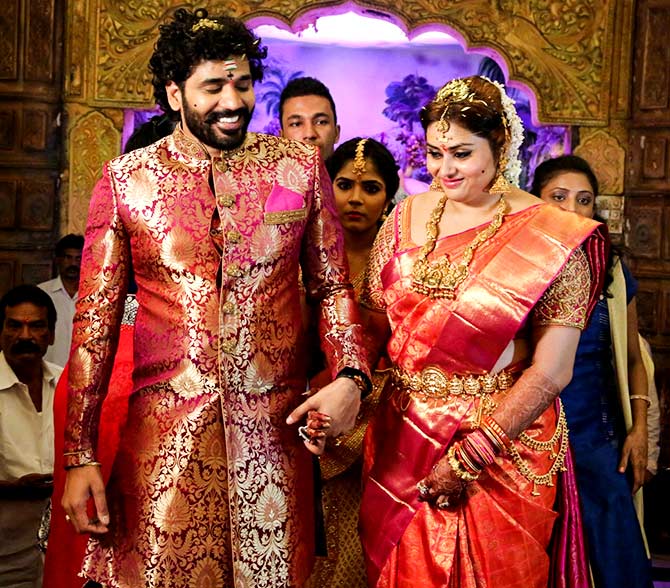 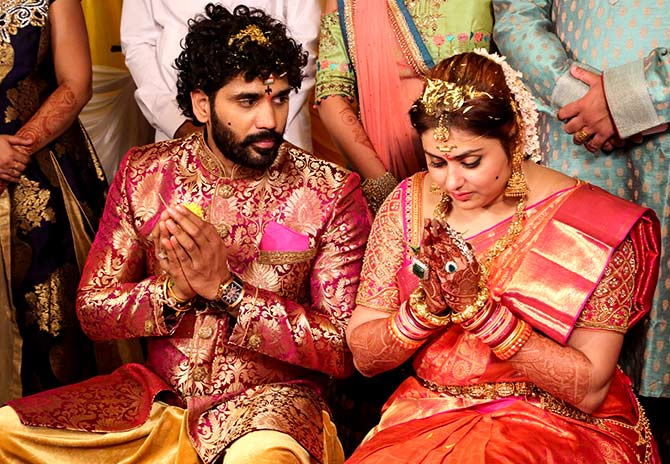 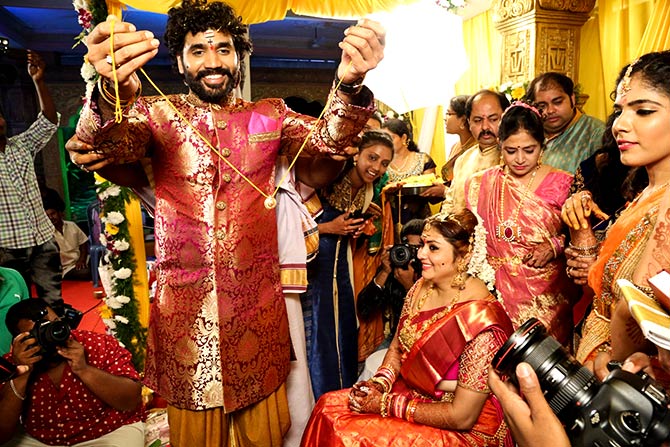 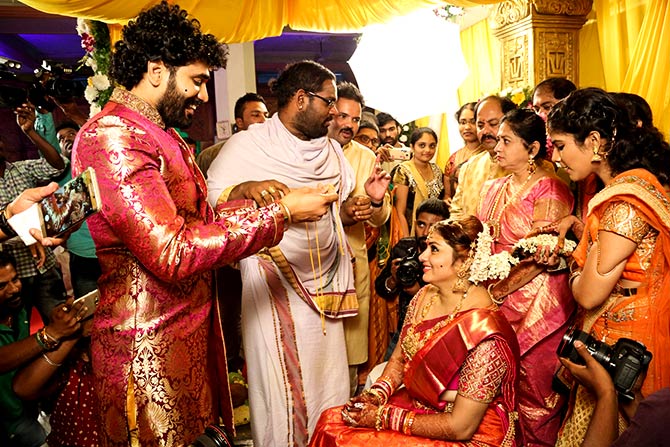 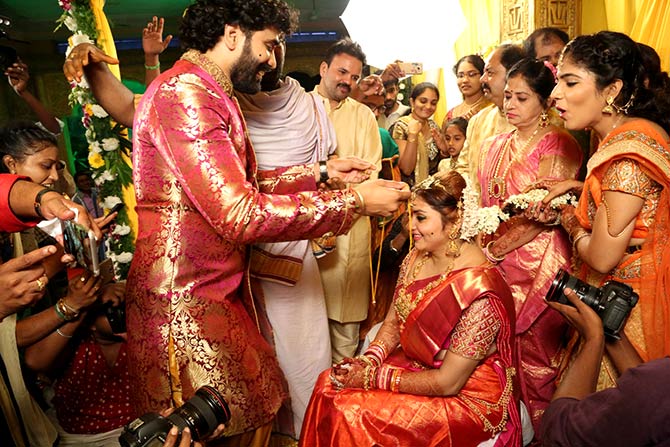 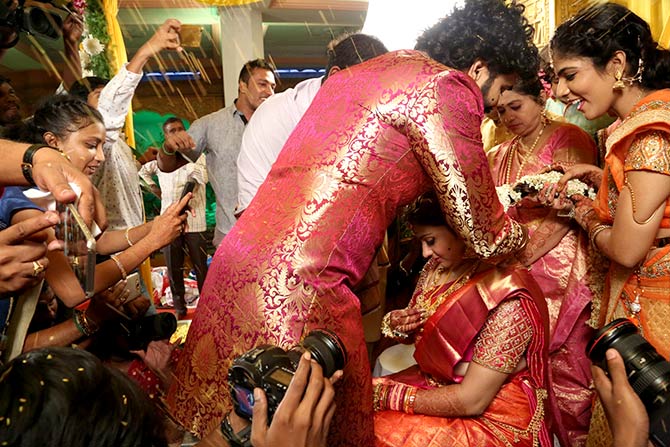 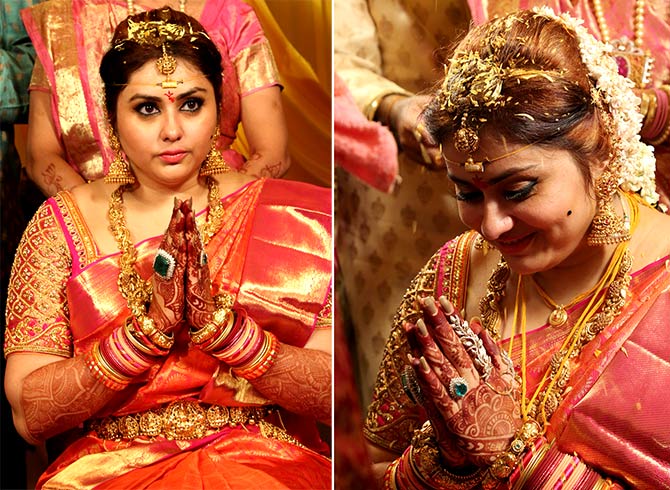 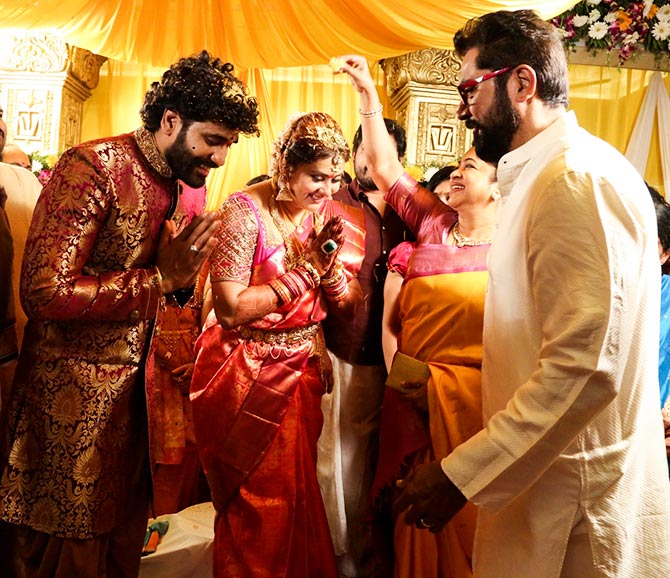 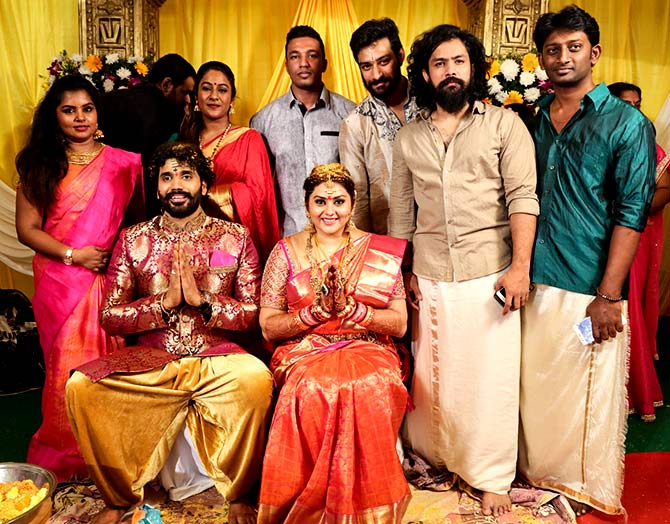 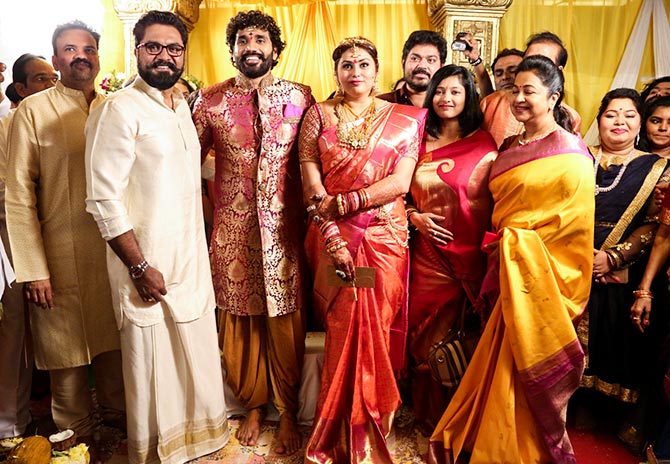 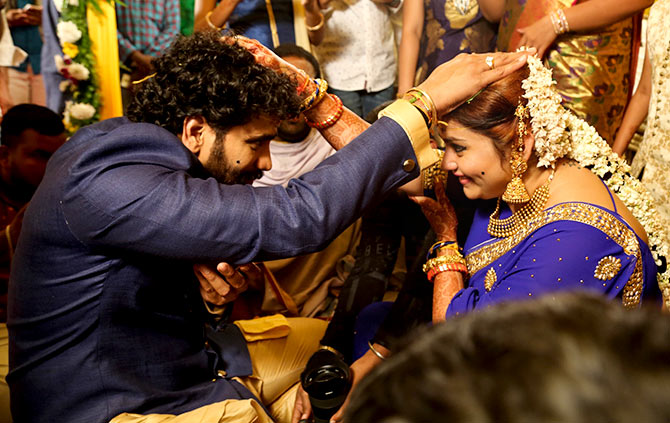