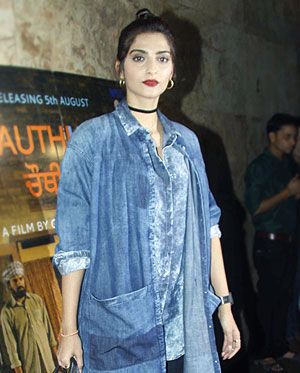 A special screening of Punjabi film Chauthi Koot was held in Mumbai and a number of Bollywood celebrities attended it.

Chauthi Koot has won the Singapore International Film Festival Silver Screen Award for Best Asian Feature Film in December 2015 and it was screened at the 2015 Cannes Film Festival in the Un Certain Regard section.

A look at the celebs who attended the special screening: 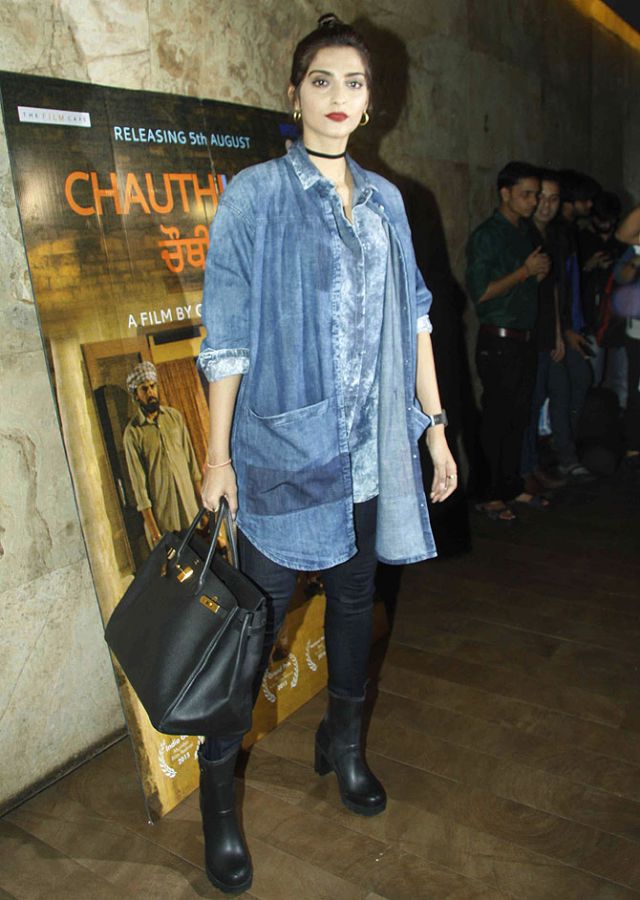 Fashionista Sonam Kapoor makes yet another stunning appearance. The denim shirt and jacket paired with the black straight fit jeans and black boots is a total win.

The golden loops, the choker, the hair-bun, the red lips and the black handbag match perfectly! 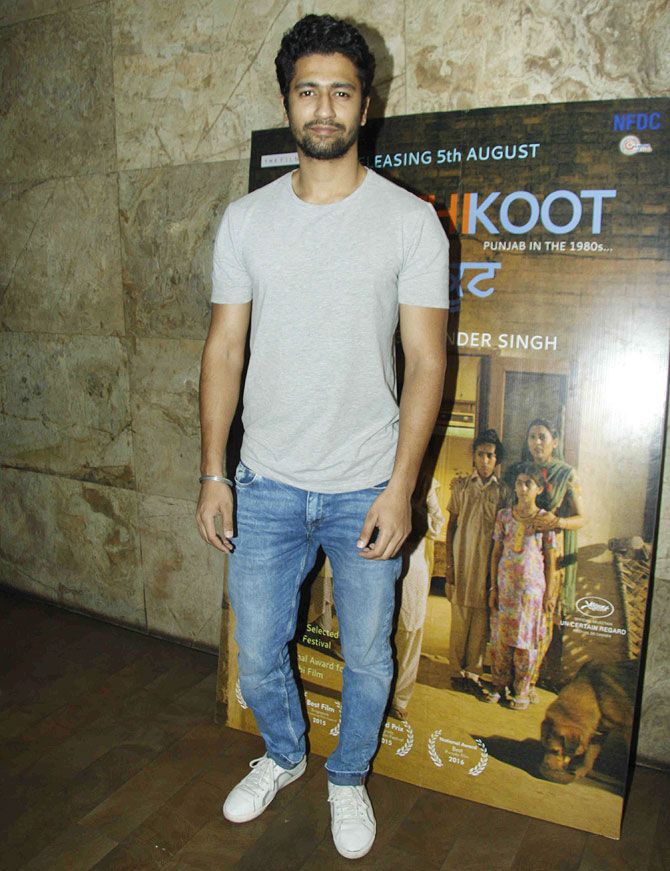 Vicky Kaushal, who was last seen in Raman Raghav 2.0, keeps it casual with a grey t-shirt and blue denims. 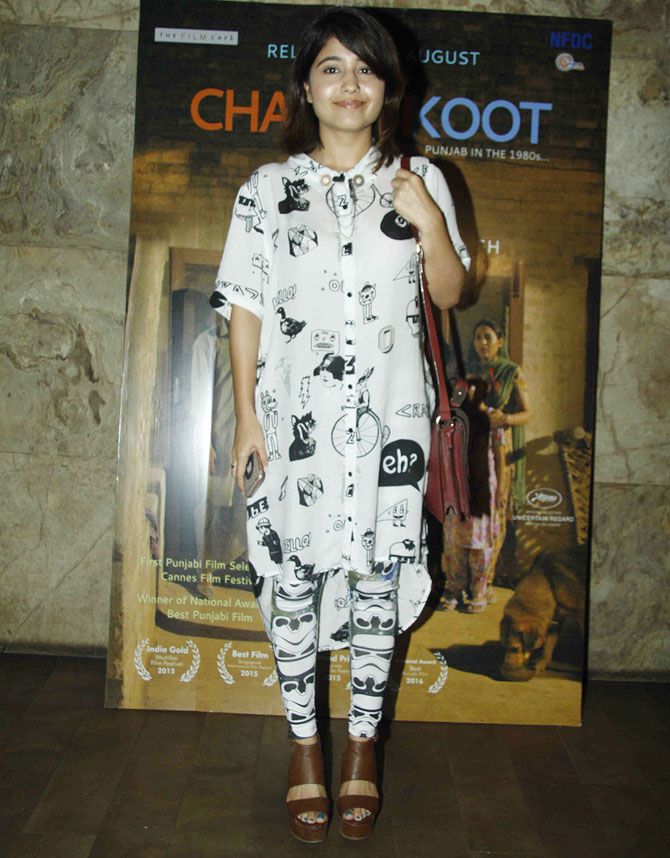 Her smile and short haircut was a good distraction from choice of outfit. 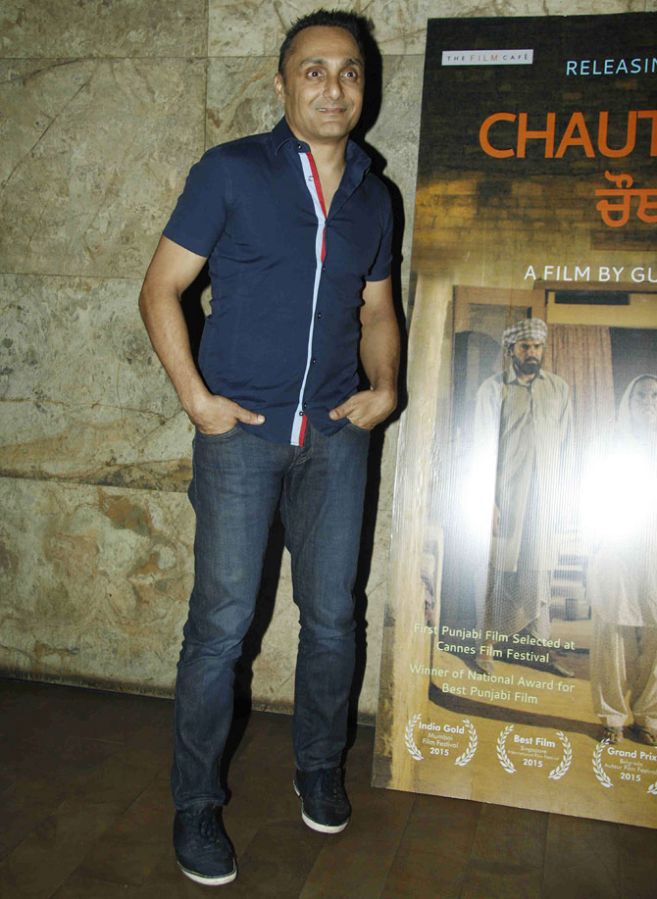 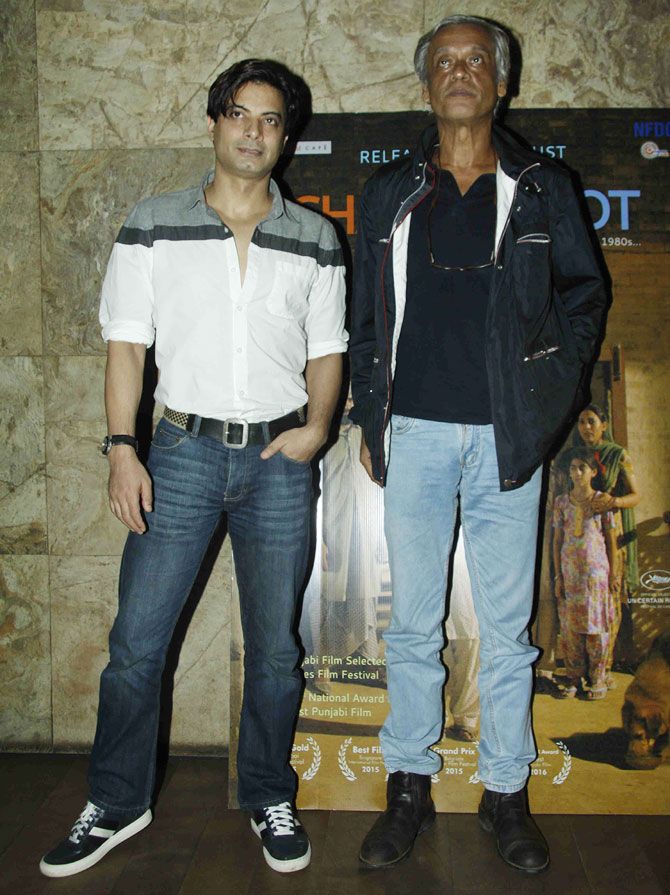 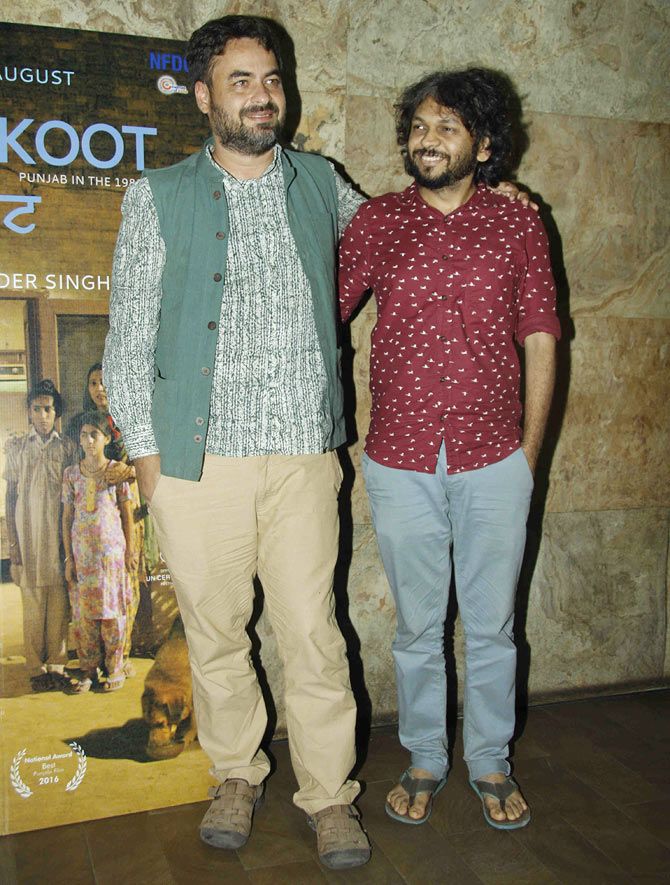 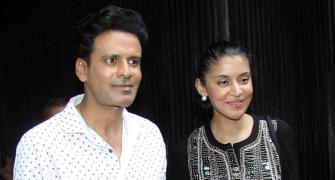 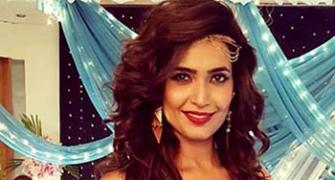 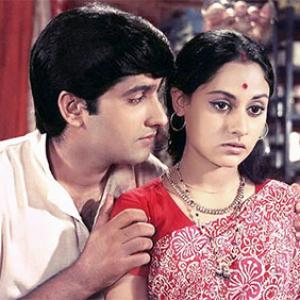 Quiz: Piya Ka Ghar is a remake of which Marathi film?