They laughed, cried and were entertained!

Looks like the makers of Tumhari Sulu want all their filmi friends to watch the movie.

After Rekha and Sachin Tendulkar and others watched the film at a special screening, other movie folk watched Tumhari Sulu the next day at the same venue, Lightbox Preview Theatre in Santa Cruz, a western Mumbai suburb. 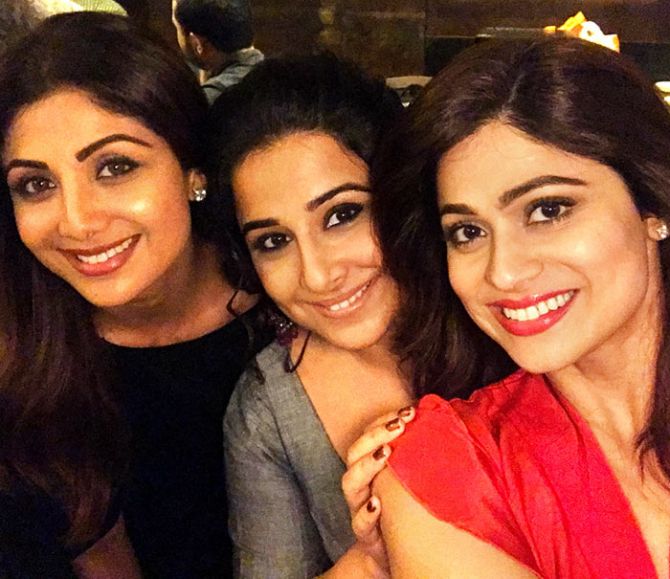 Shilpa Shetty shares a selfie with Vidya and sister Shamita Shetty and writes, 'Just got out of the movie screening and "Humari"(Chembur ki) @balanvidya is soooo #amaze #brilliant in #tumharisulu sooo proud of you and my dear friends @nehadhupia ,@atulkasbekar n @tanuj.garg for making such a swell film. Laughed ,cried and was entertained with this "slice of life" fab performances by the entire cast. #lovedit Heartwarming! #mustwatch #allthebest #content # #schoolmates #friends' 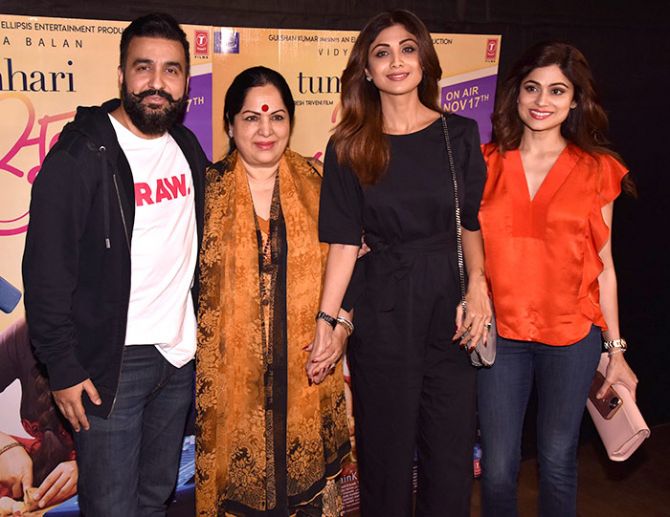 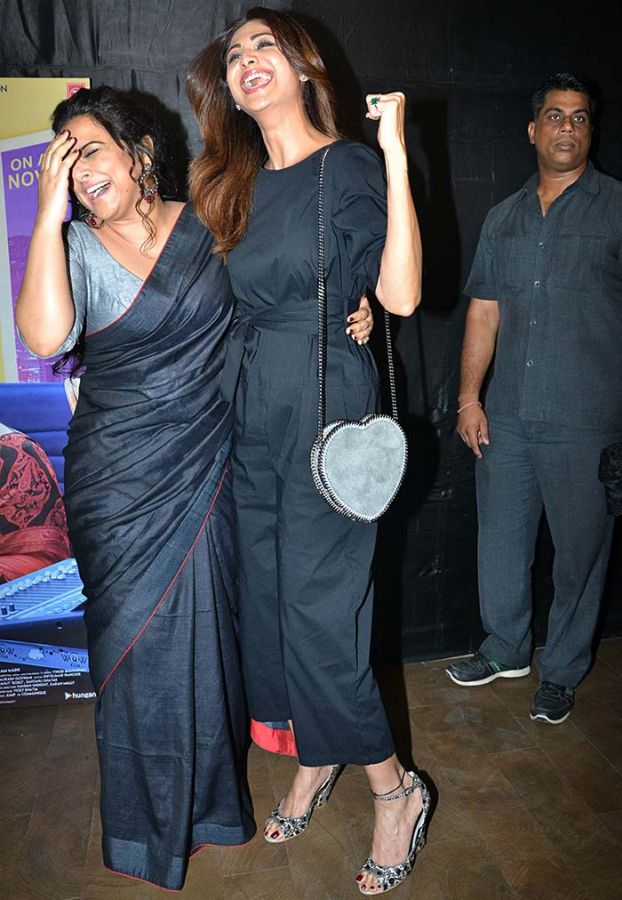 What's the joke? We want in too! 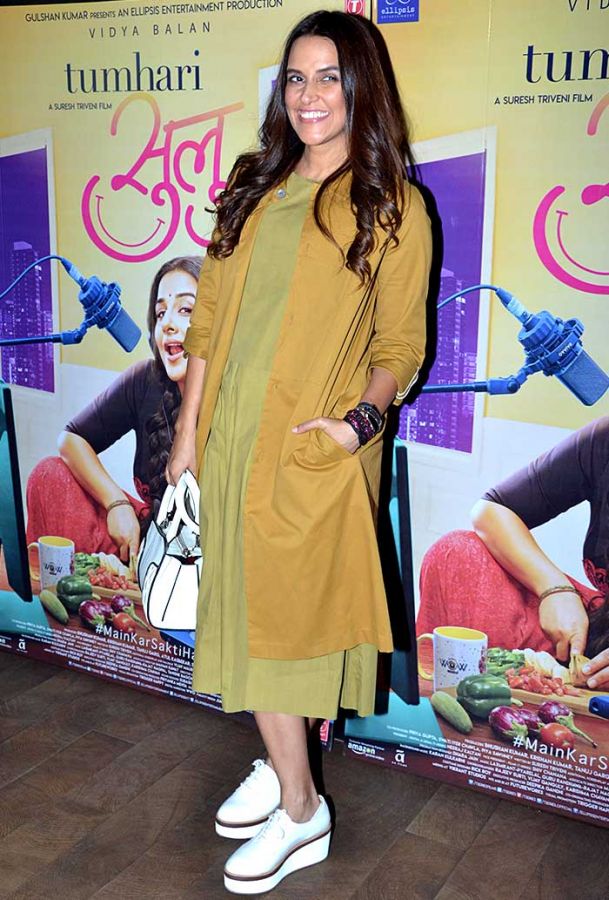 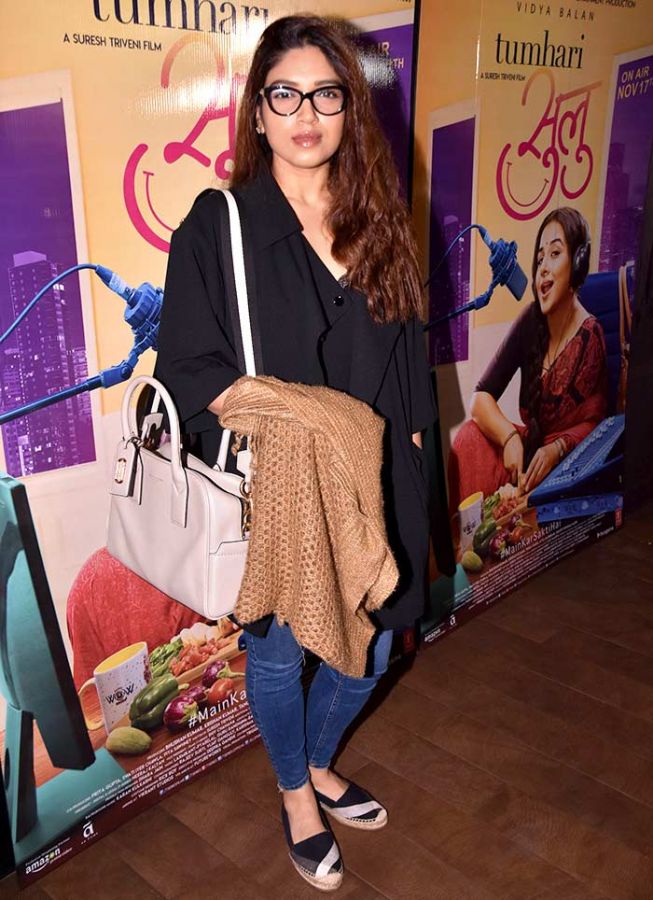 Bhumi Pednekar gets her woollies along. 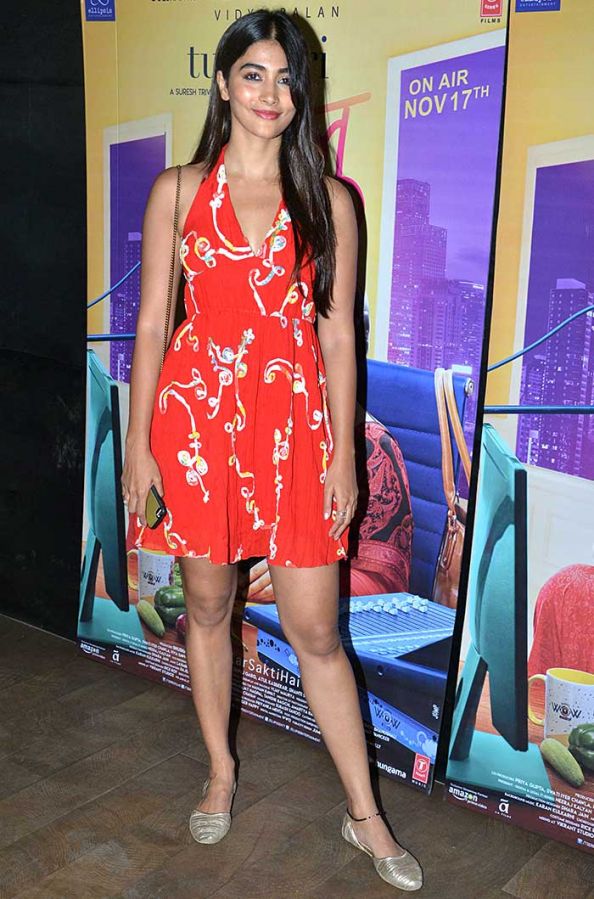 Pooja Hegde pulls out a pretty red dress for the evening. 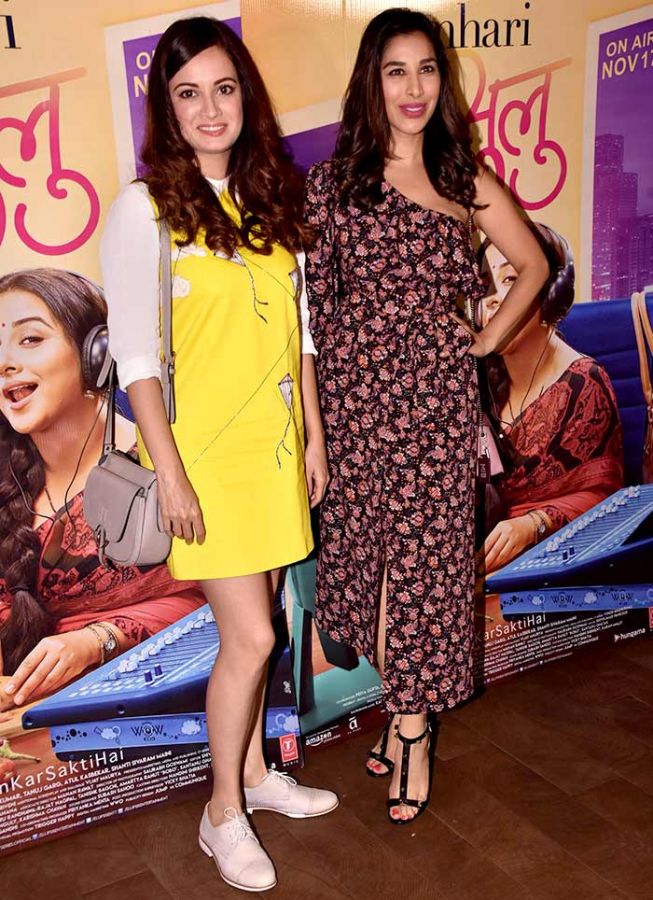 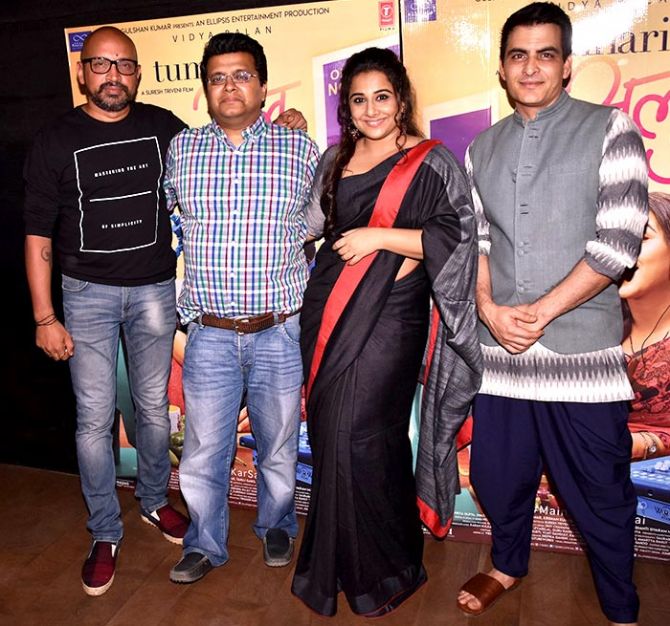 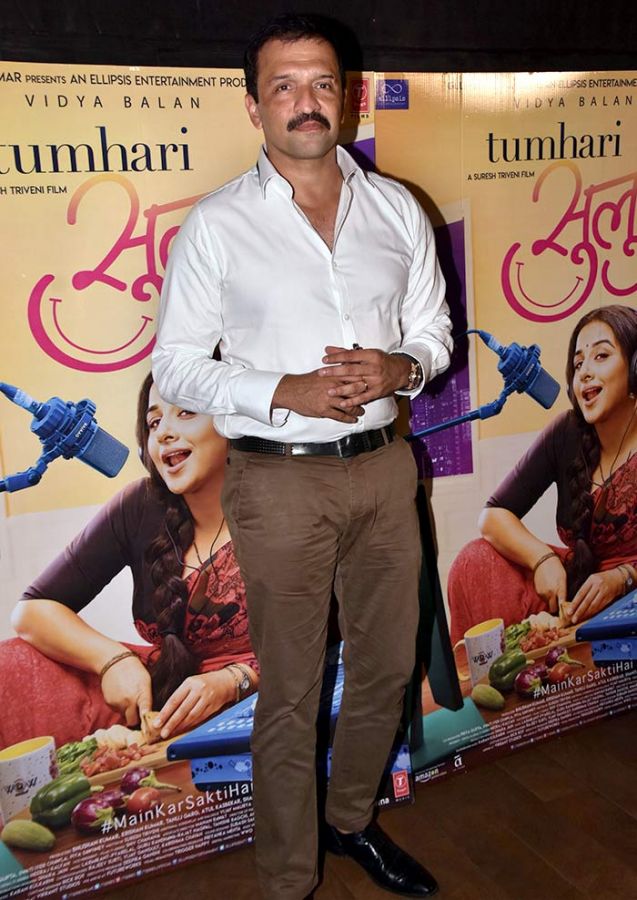 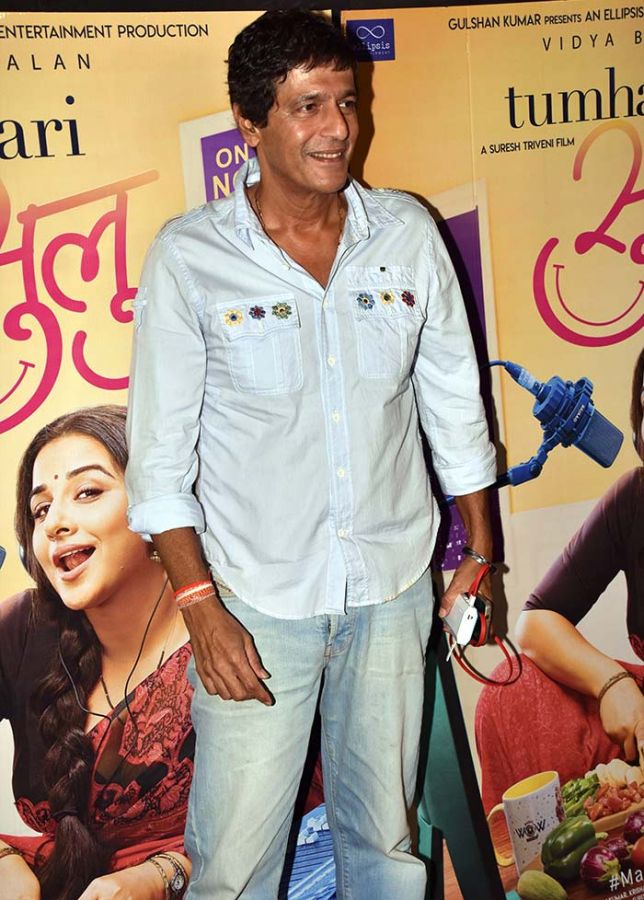 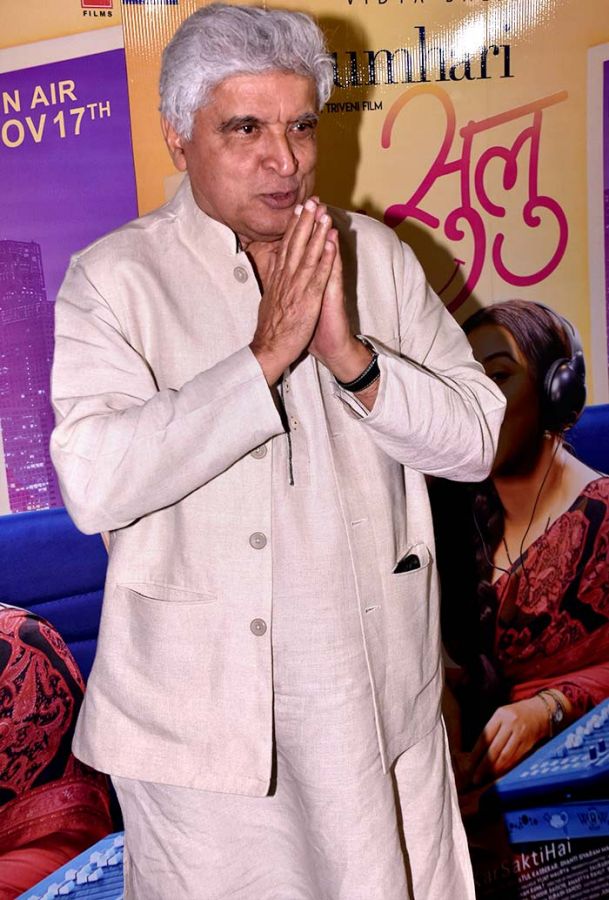 Javed Akhtar makes sure to attend. 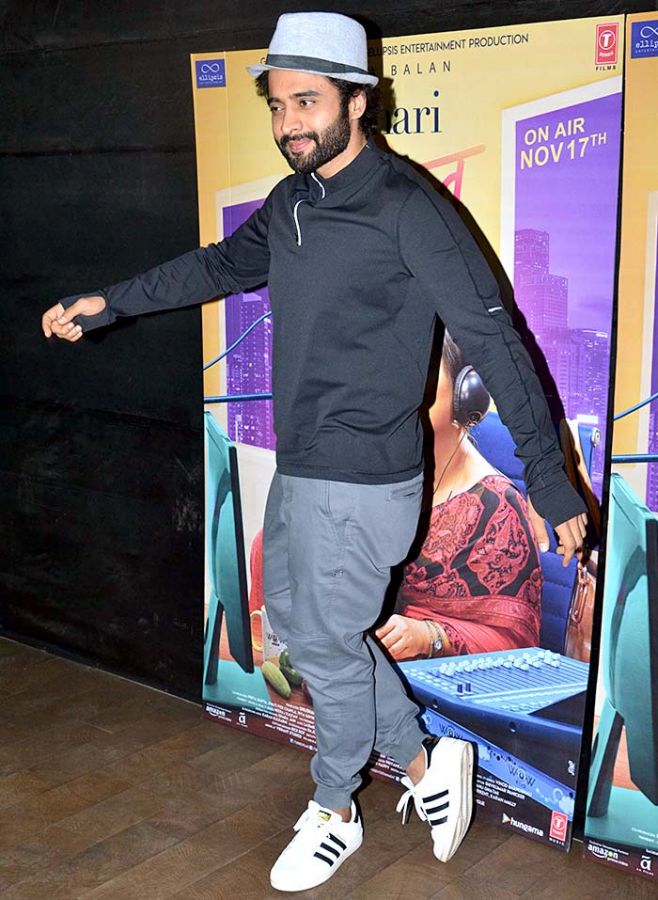 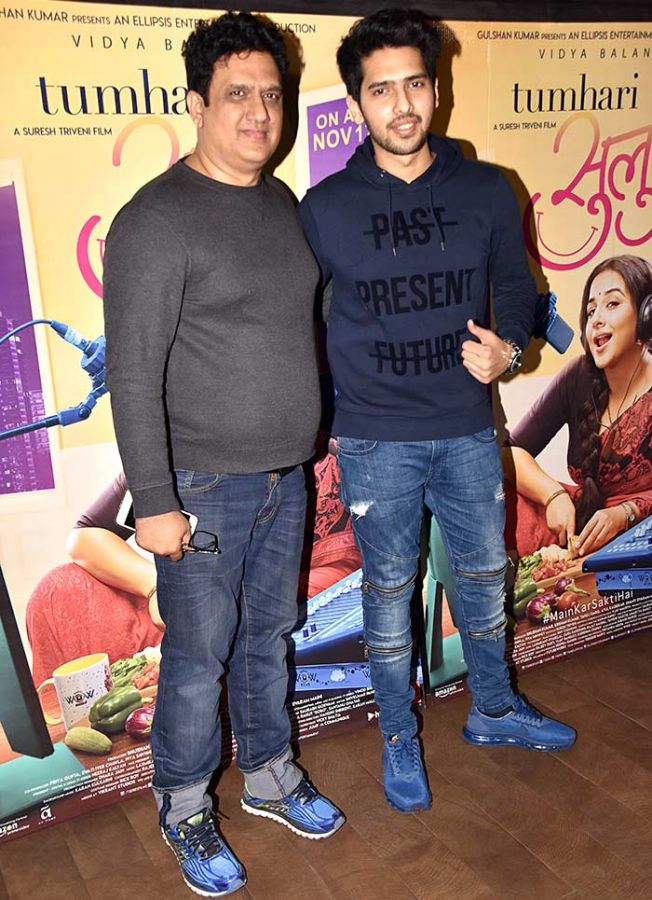 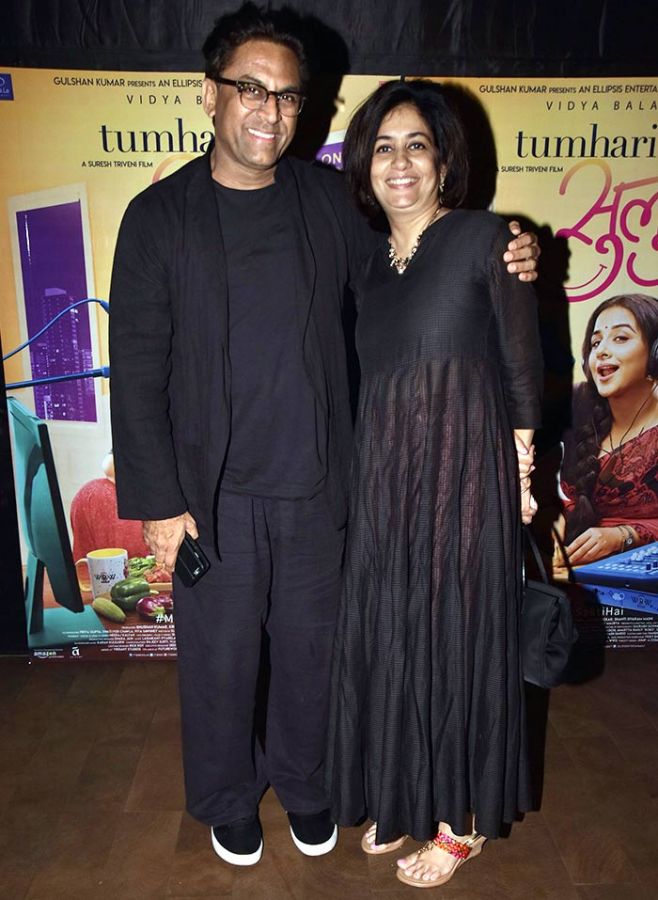 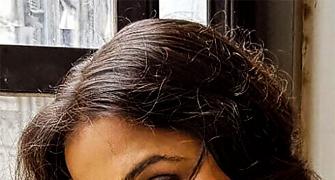 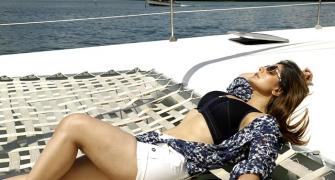 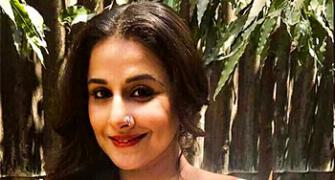 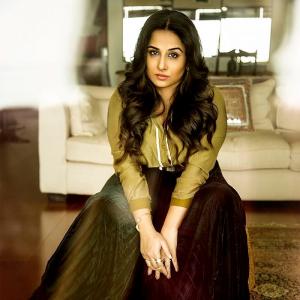 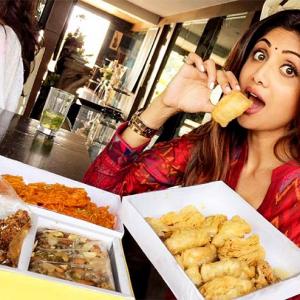