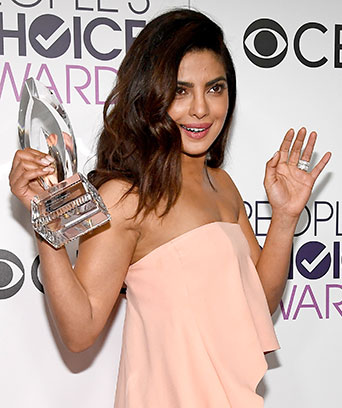 The actress picked up her second award -- Favourite TV Drama actress for Quantico -- at the People's Choice awards held in California on January 18. She beat the likes of Kerry Washington, Viola Davis, Melissa McCarthy and Anna Kendrick to get the award.

Priyanka had suffered a fall on the set of her hit show Quantico on January 12, which resulted in a concussion. But you wouldn't know it, if you saw her.

The actress looked lovely in her baby pink dress, as she posed for the cameras.

Her mother Madhu Chopra was by her side. 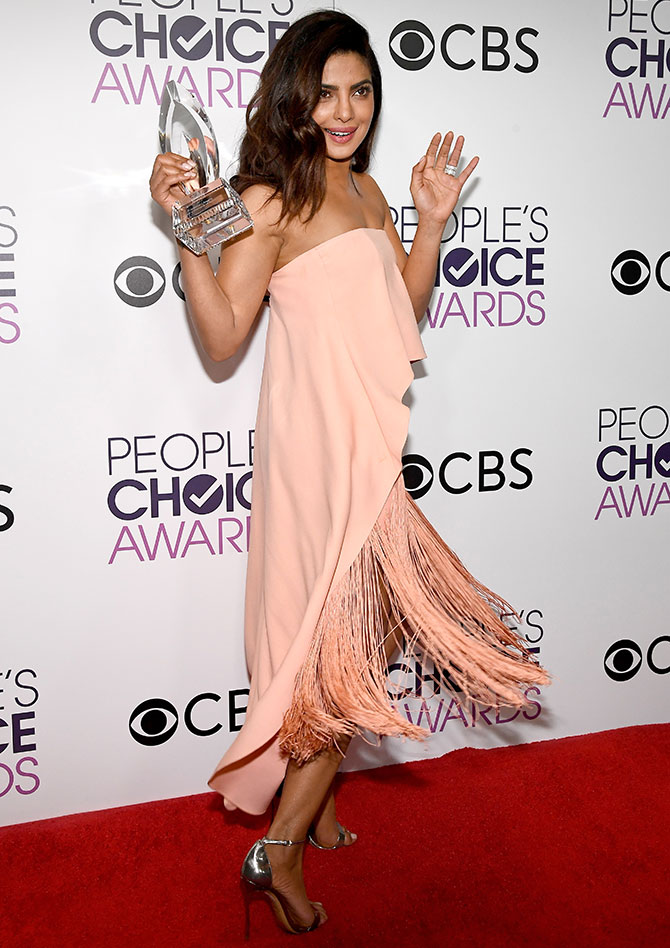 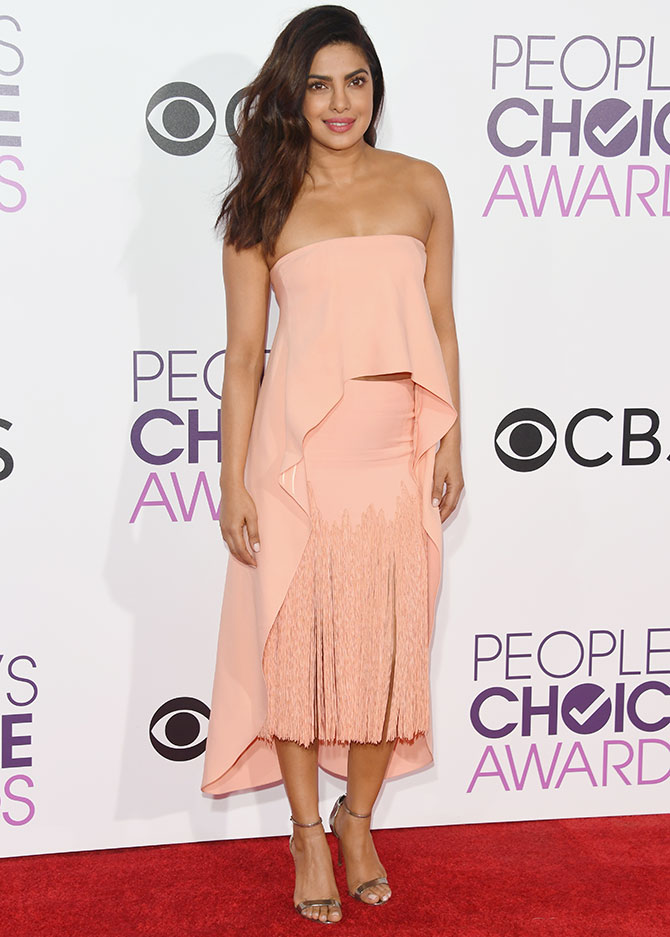 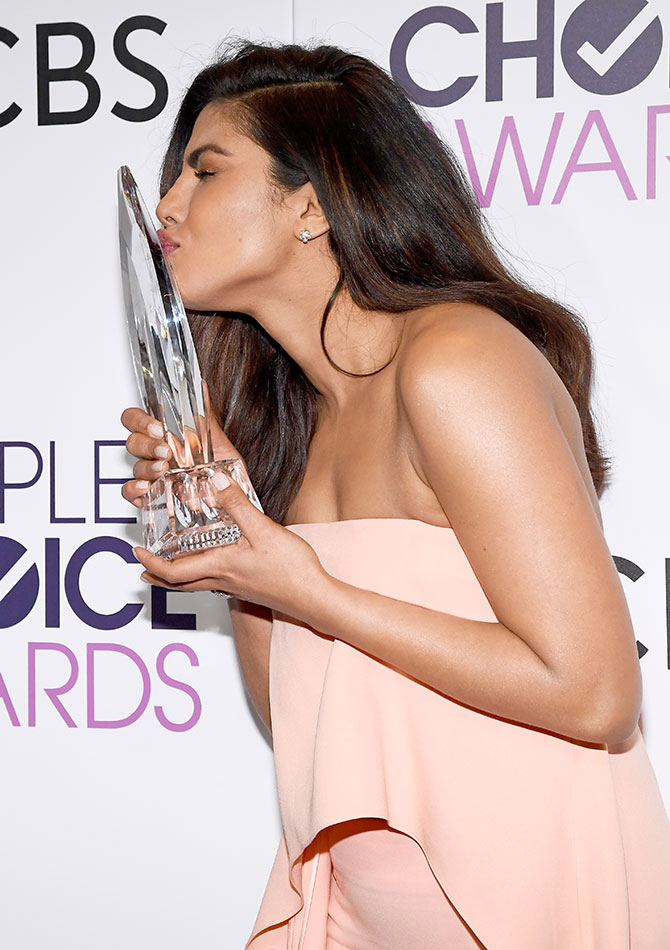 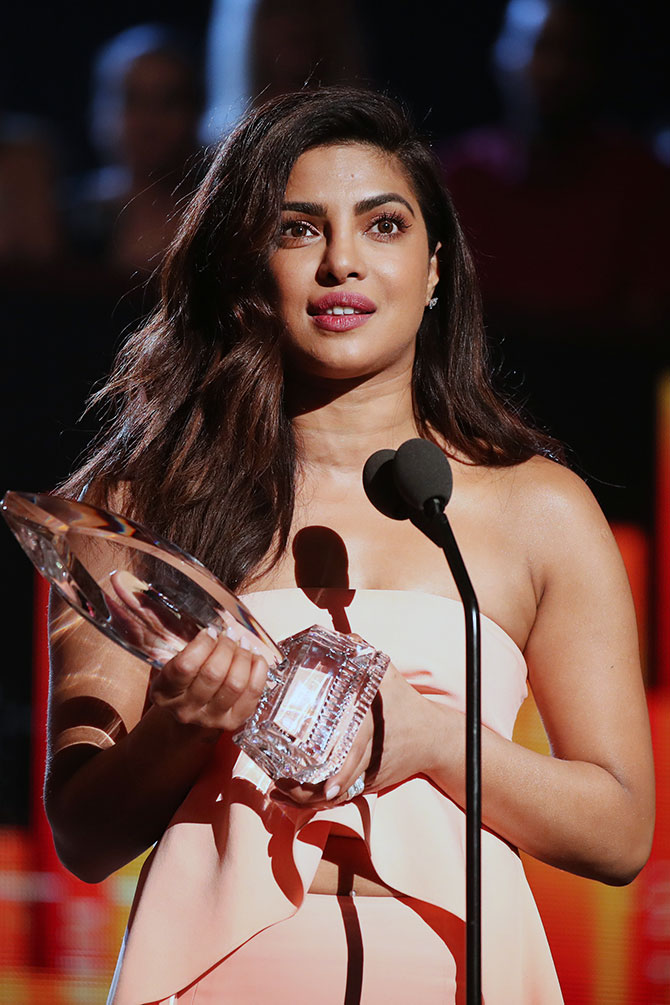 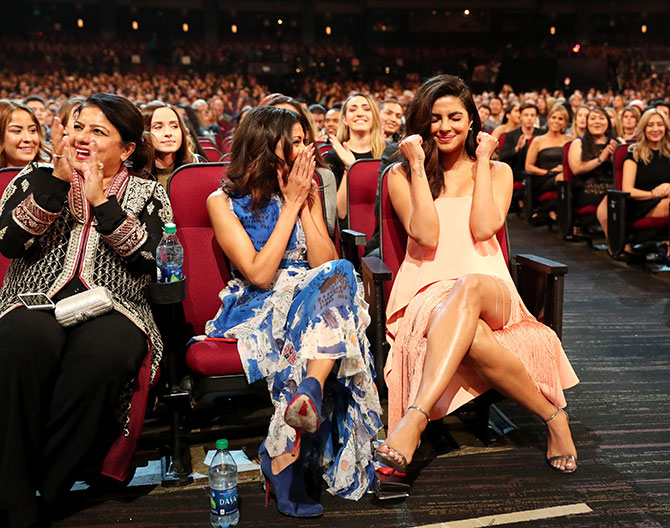 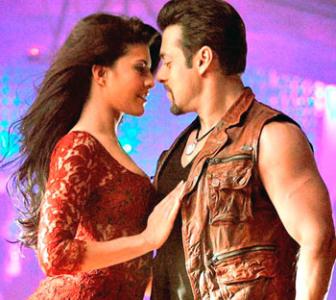 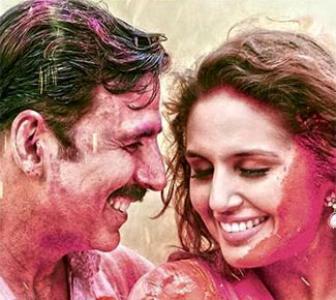 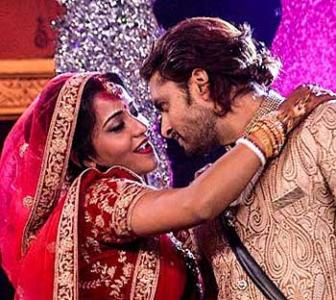 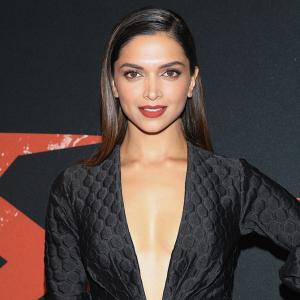