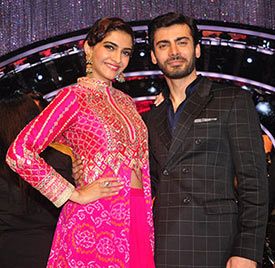 Sonam Kapoor and and her Khubsoorat costar Fawad Khan are going all out to promote their film on television this weekend.

The couple will be seen on dance reality show Jhalak Dikhhla Jaa, where Sonam will even try to match her steps with star dancer Madhuri Dixit, one of the judges on the show.

Khoobsurat is a remake of 1980 hit film, starring Rekha, Ashok Kumar and Rakesh Roshan in pivotal roles. Click here for a recap of the original!

The new Khoobsurat also stars Kirron Kher, Prosenjit Chatterjee and Ratna Pathak Shah. It has been directed by Shashanka Ghosh, and produced by Anil Kapoor and Rhea Kapoor as well as UTV's Siddharth Roy Kapur.

Snapshots from the show: 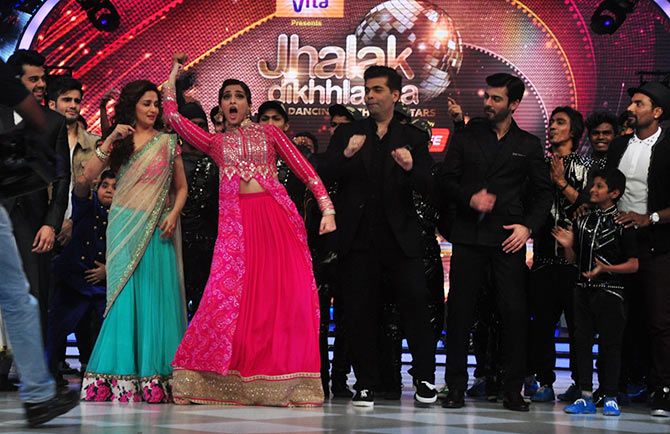 Both Sonam and Fawad have been travelling all over the country to promote their film. 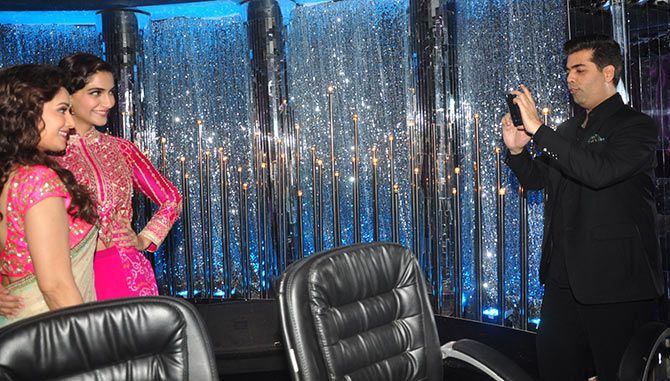 Khubsoorat will release on September 19.