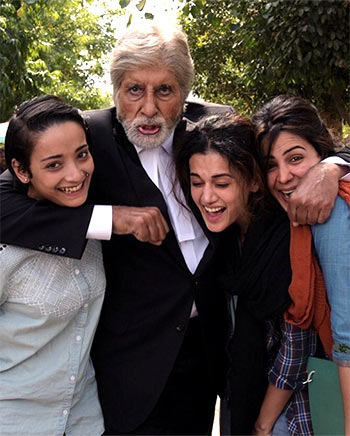 Bollywood titles are getting very colourful. Quite literally.

There have been quite a few movies with colours in their titles. 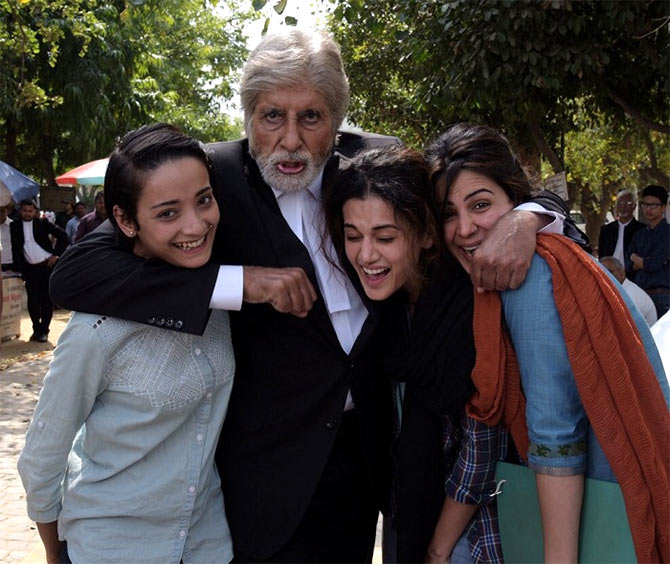 Amitabh Bachchan plays a lawyer in Pink, and one waits to see what kind of drama will unfold on screen. 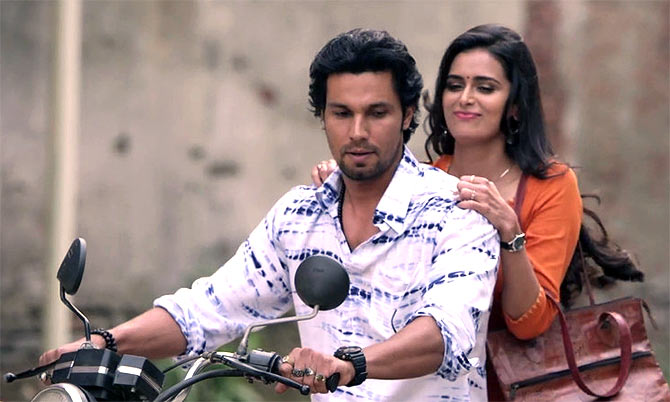 Earlier titled Yeh Laal Rang, Randeep Hooda-starrer Laal Rang has been named for a purpose -- the film deals with a blood donation racket.

Red: The Dark Side 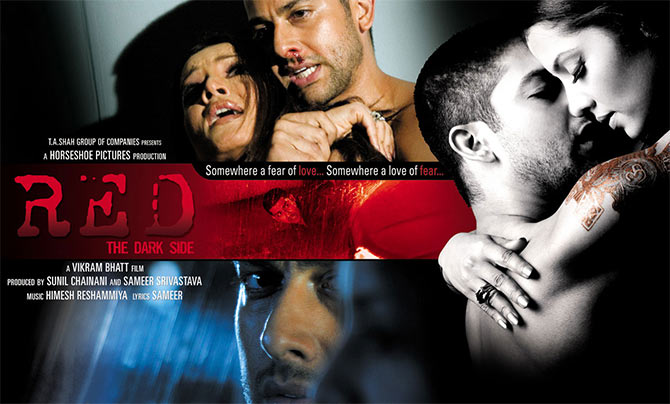 IMAGE: Aftab Shivdasani and Celina Jaitley on the poster of Red: The Dark Side.

Vikram Bhatt made a romantic musical thriller called Red: The Dark Side, way back in 2007.

Starring Aftab Shivdasani, Celina Jaitley and Amrita Arora, the film had some good music by Himesh Reshammiya, but it could not reap any benefits at the box office.

IMAGE: Gauri Gadgil on the poster of Yellow.

Yellow, on the other hand, got some brilliant reviews and fetched many awards.

A Marathi film produced by Riteish Deshmukh, Yellow was about a girl suffering from the Down's Syndrome. 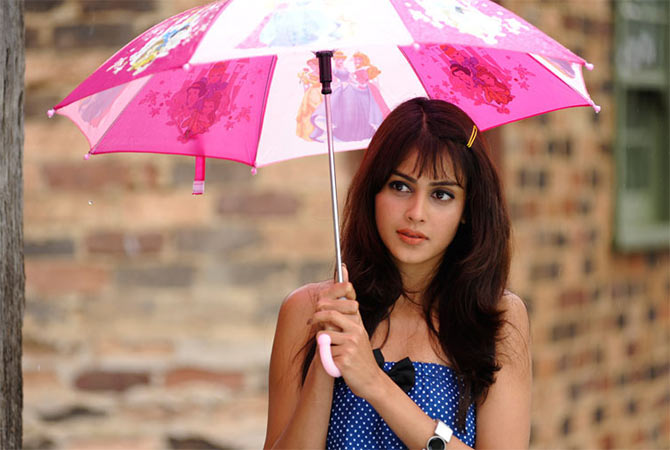 While hubby Riteish Deshmukh made Yellow in 2014, Genelia D'Souza had already dabbled with the colour Orange in 2010.

The film was a romantic entertainer where Genelia was paired with Ram Charan Teja.

The film did not set the stage on fire and wasn't popular amongst the critics or the audiences. Blue is one of the most expensive films made in Bollywood.

Since the film had an underwater theme, director Tony D'Souza aptly titled it Blue. 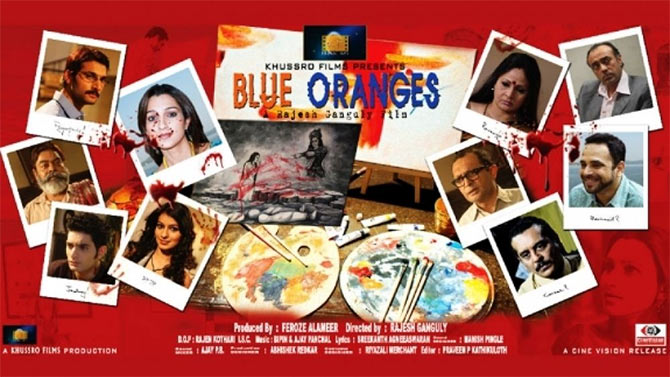 IMAGE: The poster of Blue Oranges

Yes, there was a film called Blue Oranges, way back in 2009.

Sanjay Leela Bhansali brought much drama on screen with his film Black, which told the story of a blind-deaf-mute girl (played by Rani Mukerji), and her teacher (played by Amitabh Bachchan).

The film was a commercial success. 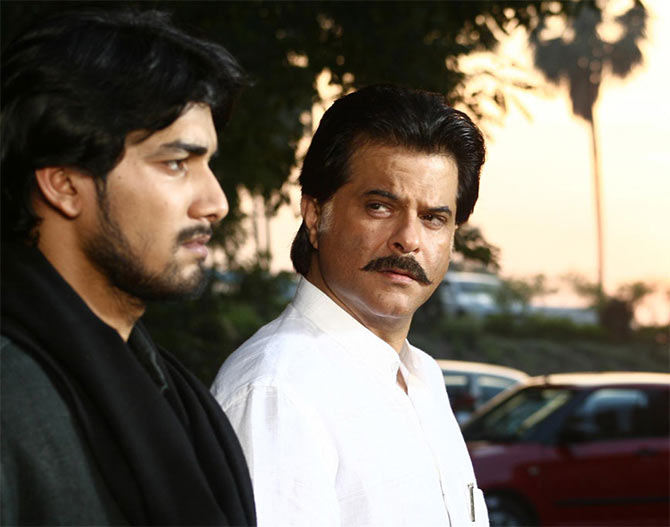 IMAGE: Anurag Sinha and Anil Kapoor in Black and White.

Subhash Ghai had experimented with an offbeat film called Black and White in 2008.

The film dealt with the theme of terrorism, and featured Anil Kapoor and newcomer Anurag Sinha.

The film was panned, and was a commercial failure. Mammootty romances Huma Qureshi in her first Malayalam film, which has been named White.

The film has been shot on a huge scale in Budapest and London. 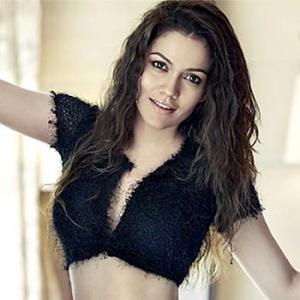