'But you have to keep in mind the entertainment value. It can't be preachy.' 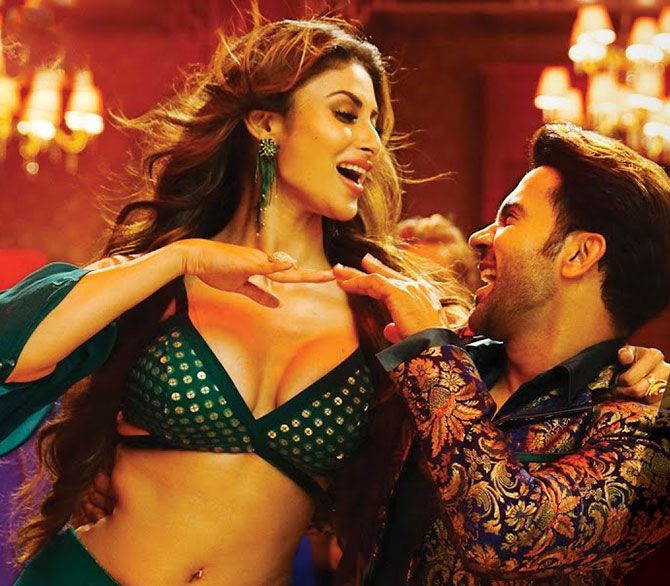 Do the actors have a hilarious time when they work in a comedy?

Mouni Roy, who pairs up with Rajkummar Rao in Made In China, says she did not feel like laughing at all during the shoot.

"If you laugh at your own joke, it's probably not as much fun," he tells Patcy N/Rediff.com.

You signed Made In China right after Stree?

Raj: Dino (Dinesh Vijan, producer) met me on the sets of Stree and gave me an idea of Made in China.

I got pretty excited with the brief he gave me.

When I finished the shoot, I came back to Bombay and met Mikhil (Musale), our director, and the other writers Karan Vyas, Niren Bhatt and Parinda Joshi.

I heard the story in detail, and found it fascinating.

It's a beautiful and endearing journey of this struggling, middle class Gujarati businessman. 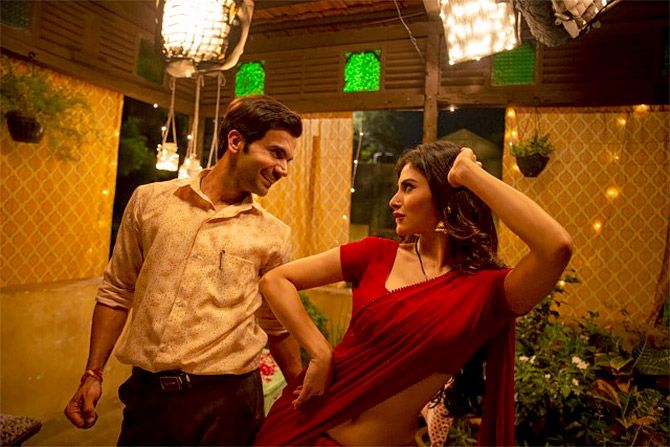 Mouni, your earlier films Gold and RAW have become hits. Made In China looks good too. You must be having a great sense of films.

Mouni: To be honest, I haven't done anything yet.

This is just my feeble attempt of choosing whatever little has come my way.

Also, I think I got lucky that I got to be a part of such a beautiful story and script, play this character, act opposite Raj... it's a dream-like situation for me.

Was it tough speaking Hindi with a Gujarati accent?

Raj: Well, there was a conscious effort to keep it authentic and real.

We didn't want to get influenced from what we see on TV and films. That gets caricaturish and loud.

I went to Ahmedabad to spend time with locals, listen to their conversations and record them, so that I could pick up nuances.

I wanted to keep it real, like how an Ahmedabadi boy would speak in Hindi.

Mikhil wanted to keep it real, so that people would believe that this character lived in Ahmedabad all his life.

Watch Rajkummar and Mouni sing in this video.

You are an ambitious career woman, but you play a Gujarati housewife in the film. How did you see yourself in that role?

Mouni: I represent 70 percent of our country.

It's a tough job being a housewife.

I definitely want to be a wife some day; I would want to run my own house.

I would want to strike a balance between working and being a good partner.

Mouni, you have been saying that Rajkummar helped you during the shoot. How did he help? Were you ever intimidated by him?

Mouni: Initially, I was scared, especially when I got to know that I have to work with him.

I was excited and scared.

But nerves is a good thing.

If you are nervous, you end up working more, you try to be more prepared.

But once I reached the sets, everything changed.

We would sit with the scenes and he would tell me how it would come out better if my character Rukmini spoke like this or that.

So he has literally helped me play the character. 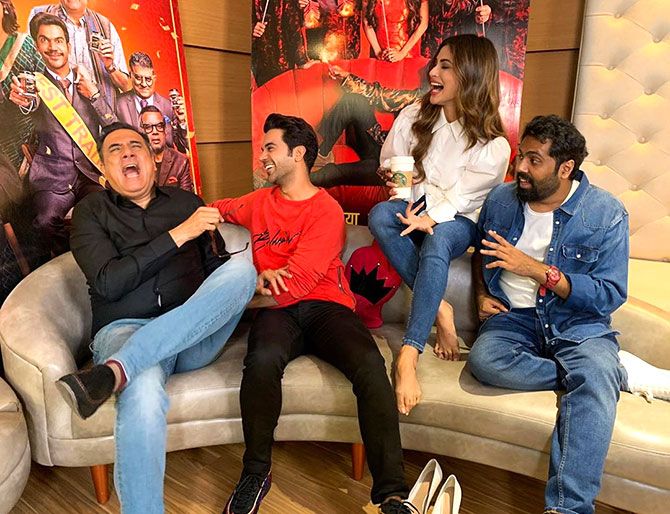 Do you think people in India are opening up about sex and its problems? We have seen it in films like Vicky Donor and Shubh Mangal Savdhan.

Raj: I think they are very open to new ideas now.

They are open to exciting stories and characters they can relate to.

That's why films like Vicky Donor, Shubh Mangal Savdhan and -- hopefully -- Made in China have done well (at the box office).

Made in China will make you laugh.

It will entertain you. 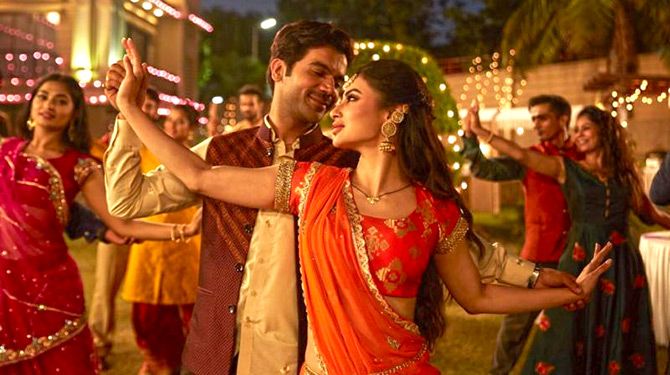 The dialogues are quite funny. Did you find it difficult to shoot because you couldn't control your laughter?

I was very nervous on the sets.

I wanted to get the scene right.

It's fun for people when they watch it.

But when you are actually in it, you want to do the scene better.

I was just following his cue.

Raj: It's tricky. If you laugh at your own joke, it's probably not as much fun.

But for the audience, it's funny.

For example, somebody trips on a banana peel and people start laughing. It's a tragedy for him and the others laugh.

That's how I see comedy; it's in the situations.

There's a different version of comedy where you make faces and make people laugh.

But the kind of comedy we are doing these days is very real.

It's situational, like the climax of Stree when the chudail is right on top of me.

I am getting shit scared, but for the people, it's funny. 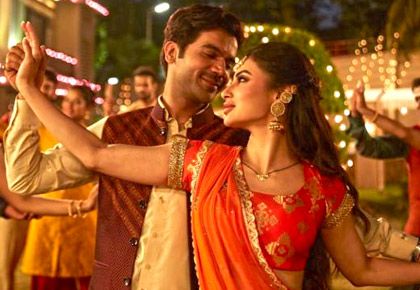 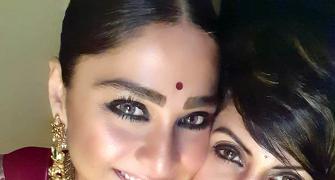 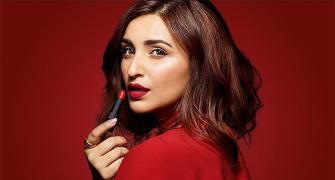 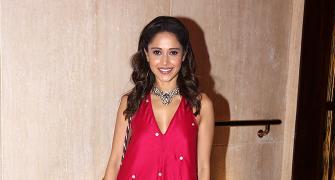 Guess whose Diwali party Nushrat is at? 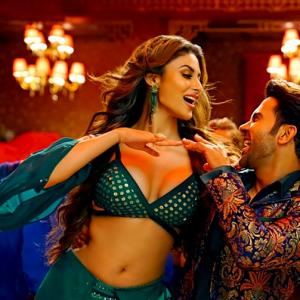 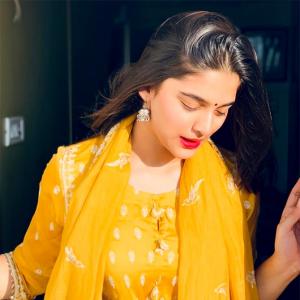