News
Business
Movies
Sports
Cricket
Get Ahead
Money Tips
Shopping
Sign in  |  Create a Rediffmail account
Rediff.com  » Movies » 'No one can replace Kapil'

'He made the country laugh for so long and now, the same people are speaking negatively about him.'
'I don't understand why there is so much negativity around him.' 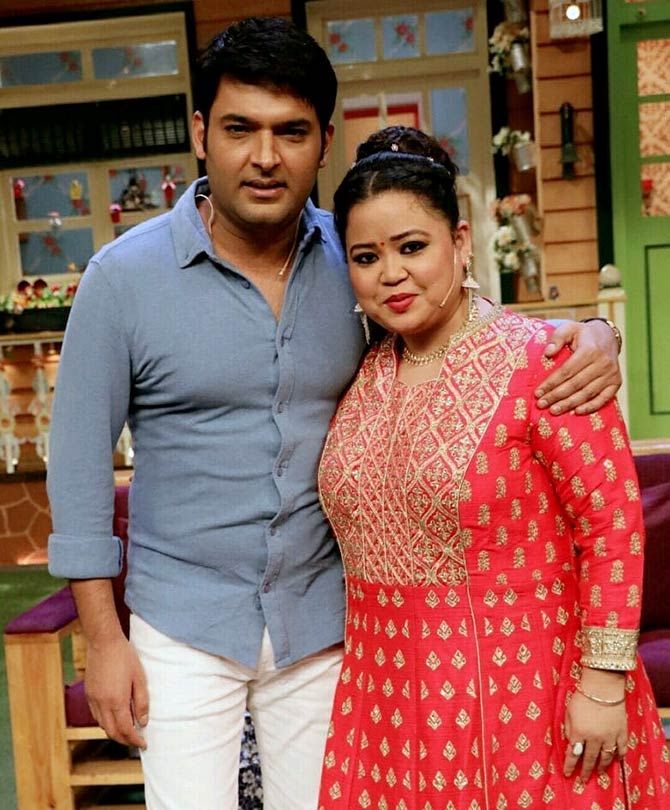 Kapil Sharma has been making all the wrong noises recently.

He addressed a series of abusive tweets to a journalist recently, and followed it up with an phone call, which went viral.

His friends firmly stand by his side, claiming the comic is suffering from depression.

Bharti Singh has been one of Kapil's close friends and says she knows his lady love Ginny for 12 years.

"This industry is very small. My advice to everyone is to be friends and work with each other," Bharti tells Rajul Hegde.

No, I spoke to him over the phone.

Kapil said he was not in the right frame of mind, and would talk to me later, after he gets well.

I didn't bother him again, like the media does.

I have heard the (audio) conversation between Kapil and the journalist.

I know it is Kapil hurling abuses, but I still can't believe it is him.

He must be under extreme mental turmoil to behave like this.

I am not saying the language was correct, but you have to understand his state of mind.

Kapil is a polite person and never speaks like this to anyone.

He made the country laugh for so long and now, the same people are speaking negatively about him.

I don't understand why there is so much negativity around him.

Did he tell you why he is so depressed?

If I was working with him, I would know his problem.

I was working on his show for only six, seven episodes while I was doing Nach Baliye.

I was working cut-to-cut and did not have time to chat with anyone.

After that, I got busy with my wedding.

He was also busy with his film.

He used to manage the shooting of Firangi with the schedule of The Kapil Sharma Show.

He exerted himself, as he would also tour, without getting any sleep.

During the rehearsals, he would be fine, but would sweat and become anxious after make-up.

Yes, he was busy with Firangi's promotions.

He sent me a long message saying he would not be able to attend the wedding, but he wanted to invite us for dinner after we returned to Mumbai.

Reading the message, I was so happy! You are said to be friends with Kapil's girlfriend Ginny.

I have known Ginny for the last 12 years.

Kapil used to go to her college to do comedy skits during youth festivals.

Their love story started from there.

He was in touch with her even after he came to Mumbai.

She knows Kapil for more than 12 years. They have been in a relationship since then.

If Preeti (Simoes, Kapil's former manager) loves Kapil, what can anyone do?

Can we stop someone from loving anyone?

I love Shah Rukh Khan and Salman Khan, it doesn't mean that they should also love me, right?

I don't know what equation Preeti has with Kapil, but I love them as I have worked with both of them.

They are nice people.

I want them to relax and enjoy their work.

Preeti Simoes recently said that Kapil is not around the right people.

How can anyone say he is not around the right people?

How can his family, his mother, not be the right people?

He has lived with his mother for the last 35 years.

How is Ginny reacting to all this?

Ginny is a positive person. She is taking care of Kapil, otherwise he would have become worse.

She has come from Punjab to take care of him.

I am in touch with her and she told me that he is on medication and taking care of his health.

Ginny has stood by him in his bad times; this is called real love.

This industry is very small. My advice to everyone is to be friends and work with each other.

Kapil is a comedy king and nobody can beat him when he is in form. He will get well soon.

It has been reported that Krushna Abhishek and you will replace Family Time With Kapil.

I don't think we can replace him.

Can anyone replace Amitabh Bachchan?

I don't think the show is off air, it is just suspended for a month because of his ill health.

I am enjoying married life now. My life partner is just like my friend.

I am happy to announce that I am coming back with a new show with Krushna.

Talks are on, but we do not know if it will be for Sony or Colors. 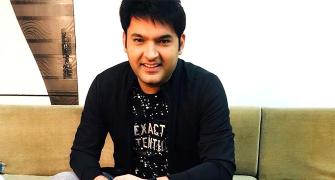 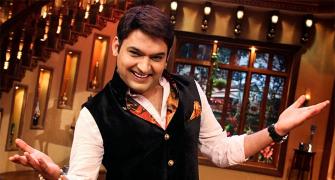 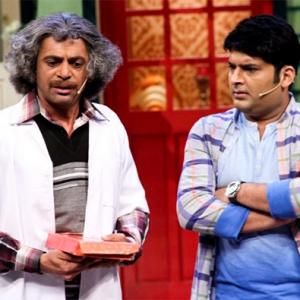 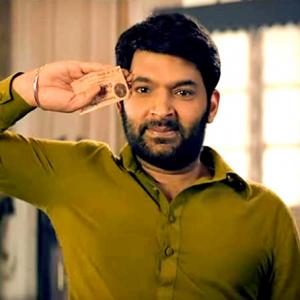