News
Business
Movies
Sports
Cricket
Get Ahead
Money Tips
Shopping
Sign in  |  Create a Rediffmail account
Rediff.com  » Movies » 'I got typecast as a serious actor too damn early'

'I got typecast as a serious actor too damn early'

'Comedy is way more difficult than the serious stuff.' The actor admits he was tired of playing serious roles.

"I got typecast as a serious actor too damn early in my career and have struggled to shake off that mantle," he tells Subhash K Jha.

"It was too heavy to lug around but despite my efforts, I never got the chance to perform in as many comedies as I would have liked to. But maybe that was also a disguised blessing, considering the kind of comedies we make in Mumbai." 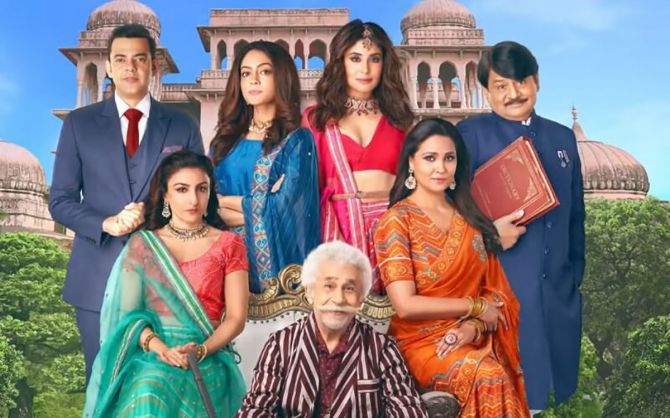 We haven't seen much of Naseer's comic timing since Jaane Bhi Do Yaaron.

The maestro of the performing arts feels comedy is serious business. "Comedy is way more difficult than the serious stuff. In fact, I always tell my students that the easiest thing an actor is asked to do is to cry -- and all actors LOVE to cry! -- but even some experienced and excellent actors have trouble laughing. Watch Sanjeev Kumar in Shatranj Ke Khiladi, for example."

Many actors, Naseer explains, don't understand the mechanics of laughter.

"Crying is easy because the actor can just recall a past incident, however disconnected the context may be, and the tears begin to flow.

"Serious actors are held in higher regard because they are... well.. serious! Mehmoodsaab, in my opinion, was one of the most gifted actors Hindi cinema has ever had and yet, he is remembered only as a comedian." 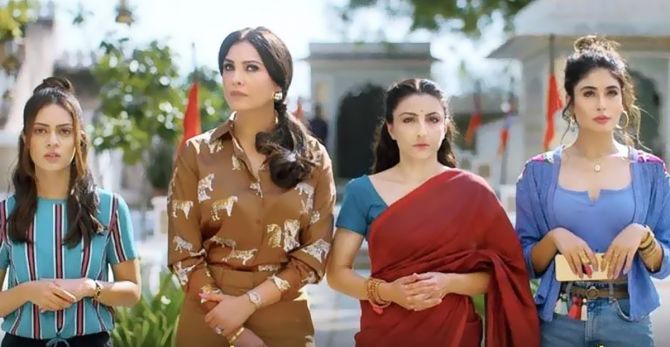 "Lara Dutta is a delightful surprise since I'd never seen her work. She has a wow personality and, of course, she's a gorgeous looker and wonderful actor.

"Soha Ali Khan has an innate sweetness which I suspect masks a fiery temper though I didn't see any evidence of it!

"Kritika Kamra, of the sunny smile, has something in her eyes which makes you look at her twice. She's terrifically confident and I think she could play an introvert as well as she has done this part.

"Anya Singh radiates a kind of mystery and innocence though I hope she doesn't begin to take herself too seriously and milk these qualities. What she needs as a breakout role is of a foul-mouthed woman of the streets."

Naseer continues his praise for his co-stars: "All these girls were wonderful, affectionate, caring and sincere about their work and I'd happily work with any or all of them again."

He also has lavish praise for Raghuvir Yadav, who also stars in Kaun Banegi Shikharwati : "I have been a fan of 40 years now ever since I saw him on stage in Delhi and couldn't recognise him the next time I saw him. His performance in Massey Sahib, I consider one of the finest in Hindi cinema." 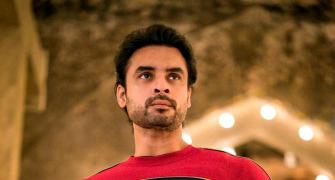 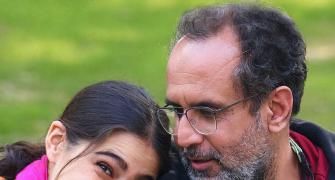 'I won't live in the fear of failure' 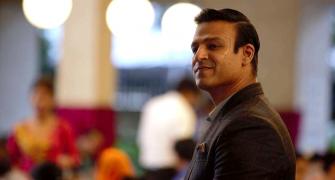 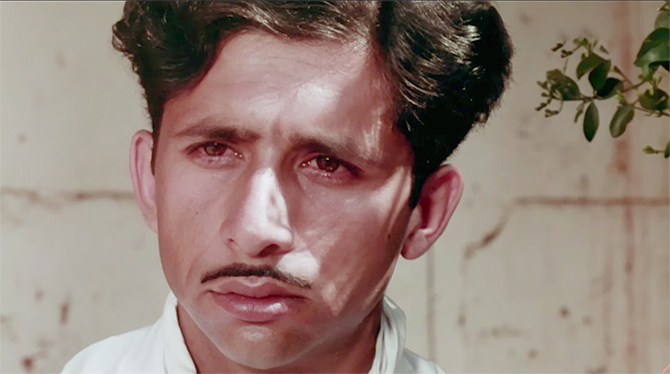