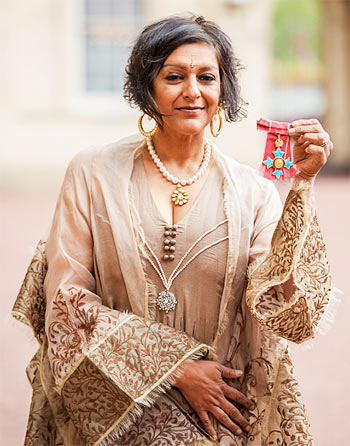 Meera Syal has received a CBE by Prince Charles at Buckingham Palace for her services to drama and literature.

The American writer and actress is not only know for creating some hit comedy series Goodness Gracious Me and The Kumars At No 42, but also for writing some successful novels and screenplays, the Mirror reported.

Meera said that it was a huge honor to receive such a prestigious award by Prince of Wales, but in actual she was bit stunned as in her profession of creative arts every job is different and one hope the work reaches people.