At a time when even family relationships have come under strain over political differences, how have Mahesh Bhatt and Anupam Kher remained friends despite their ideological differences?
Syed Firdaus Ashraf/Rediff.com finds out.
Video: Hitesh Harisinghani/Rediff.com 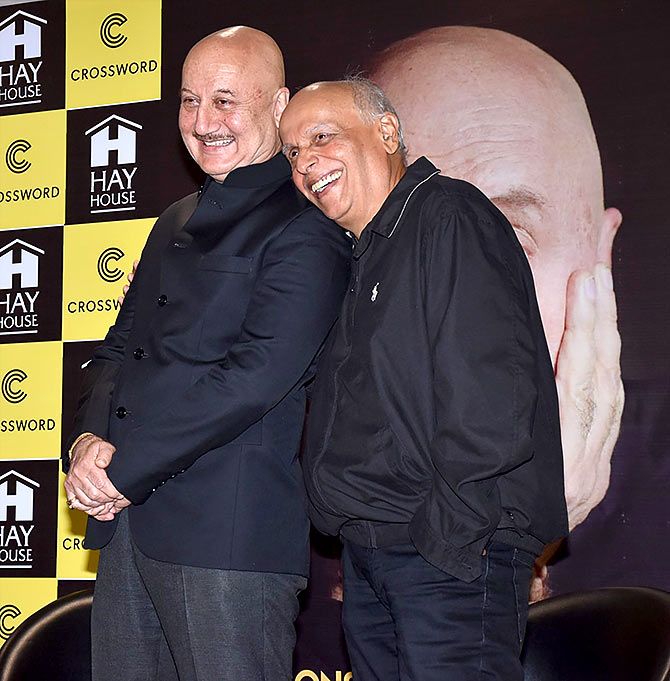 Ever since Mahesh Bhatt introduced the then 28-year-old Anupam Kher to play the 65-year-old protagonist in his path-breaking Saaransh (1984), the director and actor have collaborated on numerous projects and remain close friends.

Their friendship has flourished despite their political differences. While Kher is a leading light and voice of the ruling Bharatiya Janata Party, Bhattsaab, as he fondly referred to in show business, remains committed to the liberal forces on the other side of the political divide.

At a time when even family relationships have come under strain over political differences, how have the two remained friends despite the ideological chasm between them?

At the launch of Anupam Kher's Lessons Life Taught Me, Unknowingly: An Autobiography by Anupam Kher, at the Crossword bookstore in Juhu, north west Mumbai, on Thursday evening, Bhatt, who returns to direction after 19 years with Sadak 2, and the actor spoke on this issue.

WATCH THE VIDEO BELOW: Anupam Kher: Mahesh Bhatt is my Krishna 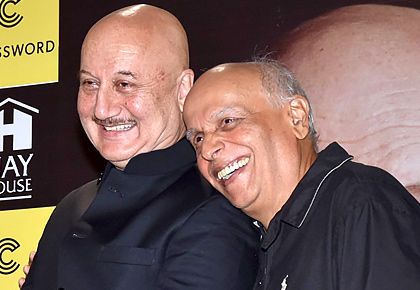 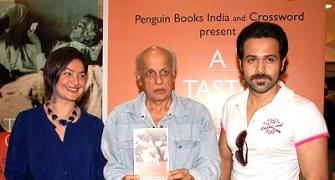 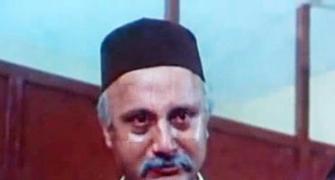 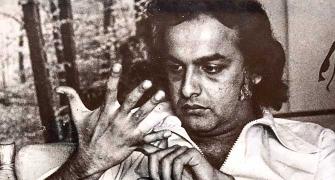 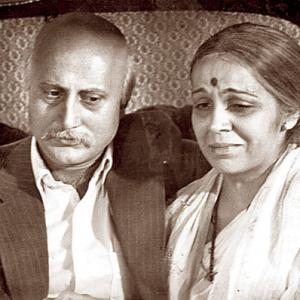 'Sanjeev Kumar had been considered for Saaransh'