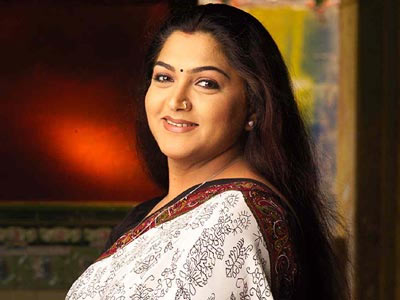 Actress Kushboo, who was caught in a series of legal tangles for advocating sex education to girls at schools, is in trouble again--this time for "wearing chappals" in front of idols of goddesses at a film 'muhurat' in Chennai recently.

Gurumurthy, a Hindu Munnani activist, lodged a complaint before a civil court here on Wednesday, alleging that Kushboo was seen sitting with her chappals in front of idols of goddeses-Lakshmi, Saraswathy and Parvathy, during pooja for the 'muhurat' at Chennai on November 22.

The photograph was published in a Tamil weekly recently and her action had hurt the sentiments of the Hindus, Gurumurthy said in his complaint.

He wanted the court to take action against her under section 295 and 295(A) of the IPC for hurting religious sentiments.

After receiving the complaint, the judge posted the case for December 3 to decide on the admissibility of the complaint.