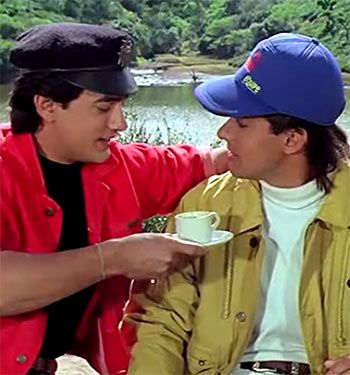 Remember what Amitabh Bachchan said about the most consumed drink in a scene from Mili?

Here's what we learned. 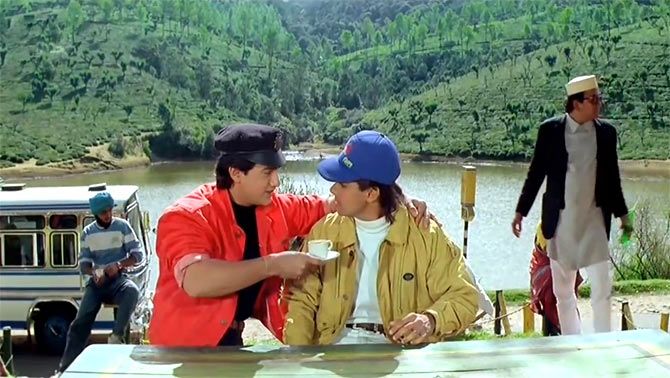 Salman Khan is as eager as the audience to find out the philosophy behind this.

Pat comes the reply: Isse dosti badhti hai. That the shelf life of this viewpoint is only a few seconds is another thing.

When Mumbai monsoon forces you to spend the night on the street, grab the first hot cuppa from the first cycle stand chaiwala you bump in the city like Sidharth Malhotra and Parineeti Chopra.

Always double check your tea stock when serving guests -- if your butler happens to as scatterbrained as Kajol's -- to save yourself from embarrassment. 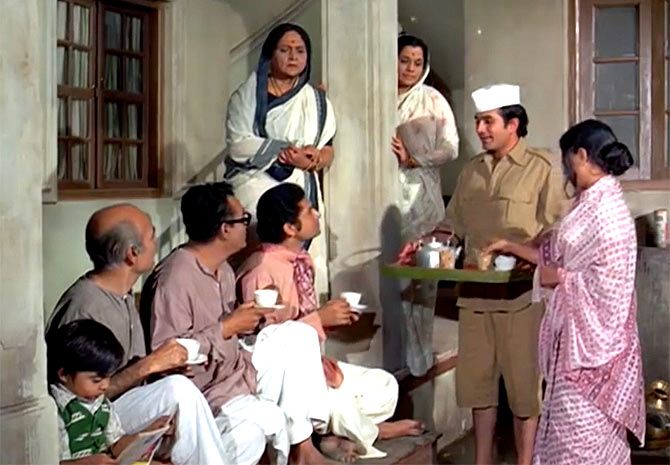 Instead of sampling its famed breweries, Akshay Kumar and Madhuri Dixit travel all the way to Germany to do chai pe charcha over that crazy little thing called love. 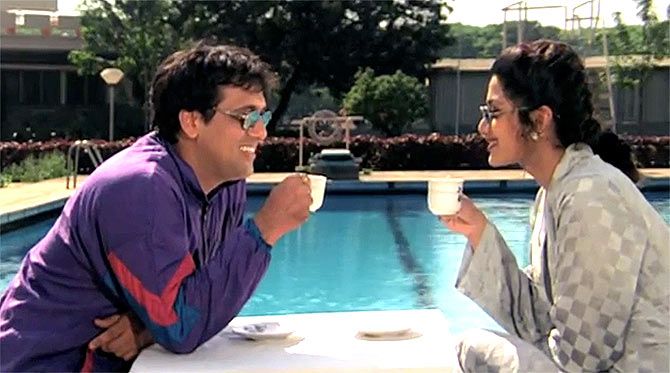 The French may whisper sweet nothings over champagne but desis like Govinda and Shilpa Shetty rely on good ol' chai to do the trick. 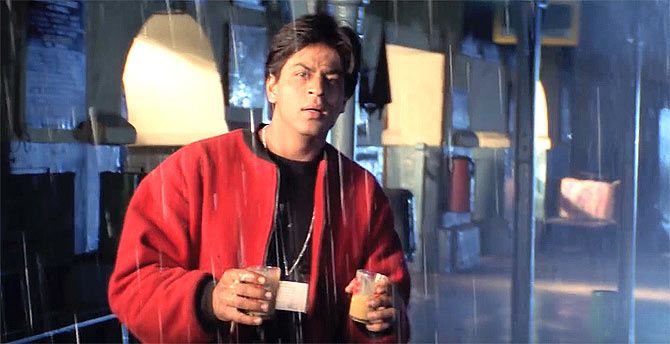 A love story is cut short even before it can start over cutting chai as Shah Rukh Khan rudely finds out one rainy night of Dil Se... 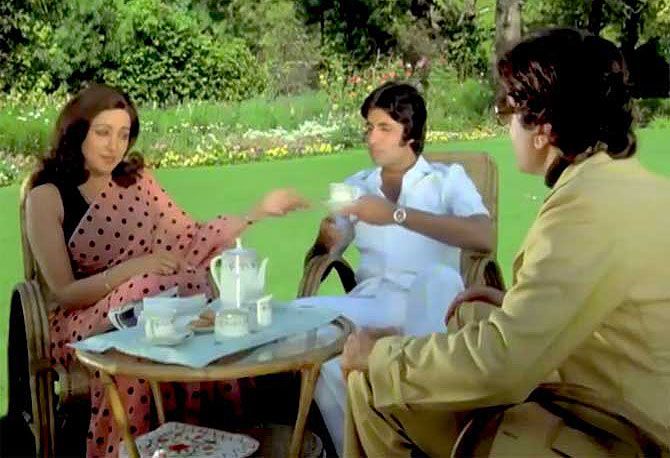 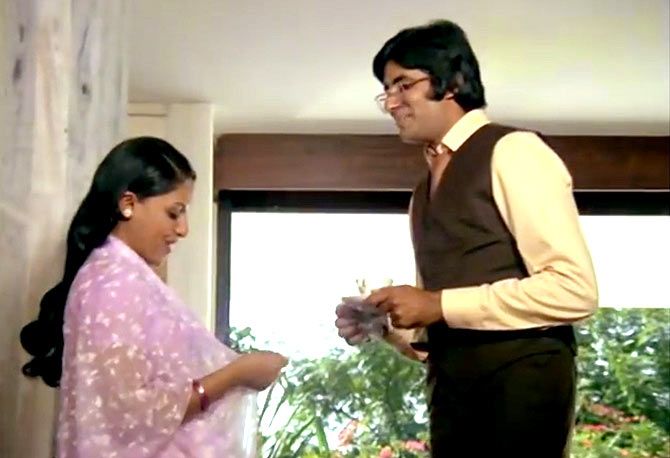 Big B has better luck with his chayaas wish around wifey Jaya Bachchan even if it means brushing up on his Botany in exchange. 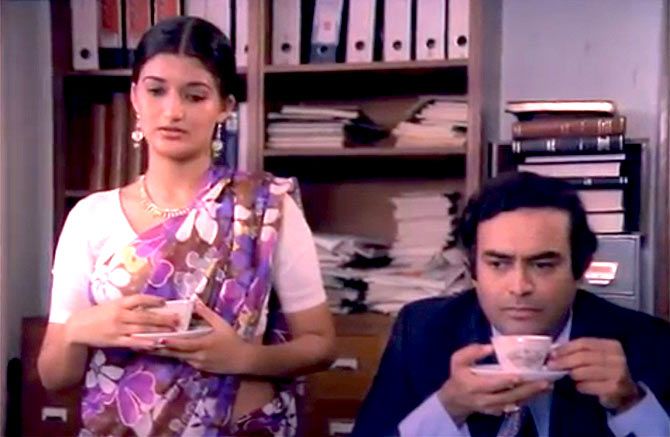 The long-running popularity contest between coffee and chai is perfectly captured in the scene where chai lover Sarika compels coffee fan Sanjeev Kumar to shift loyalty. His betrayal is fleeting and it's not long before he returns to his cappuccino ways.

Royalty Fawad Khan gets a taste of street-side tea, malaai marke, in crockery that's definitely not bone china, thanks to a bohemian Sonam Kapoor. He likes it so much; he marries her in the end.

On the other hand, forget china, tea itself is a big luxury for those defending the country during war as Preity Zinta's adventurous news reporter discovers first hand in Lakshya.

Always wondered how glamorous the Nawab looks while sipping on his fancy tea? Here's your chance. 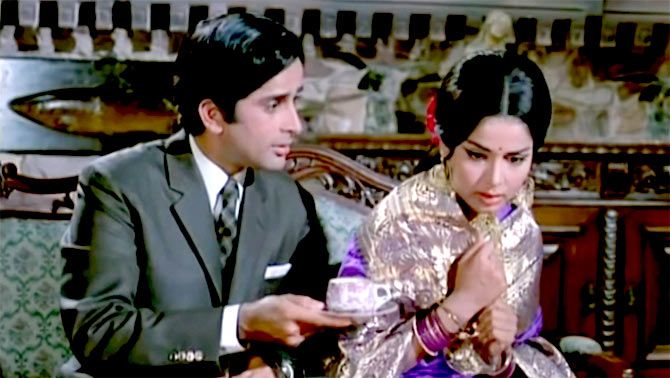 In old school Bollywood, a classic arranged marriage setup featuring a extrovert modern boy and introvert gharelu girl wouldn't be considered complete in the absence of a neatly arranged tea-set. 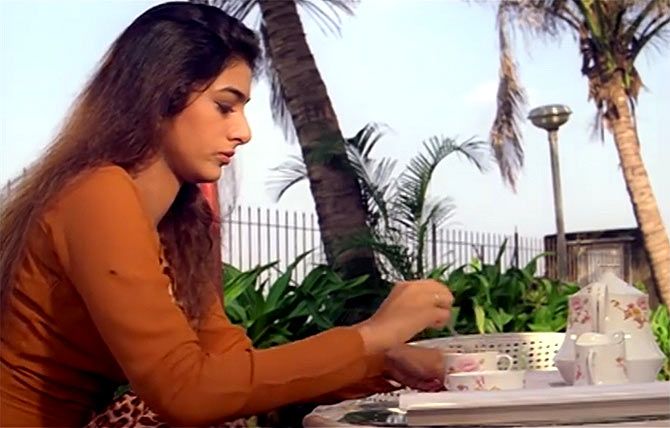 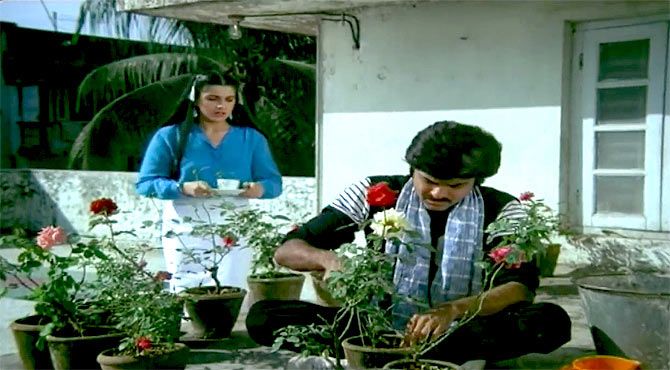 Nothing like a cup of kadak chai to refresh Anil Kapoor's tired soul after toiling in the sun, right Dingy (Amrita Singh's pet name)?

Out of cups, a saucer will do just fine. Wah, Taj, er, Tandon!

The charm of drinking chai from a kulhad with biscuits to dip in it is something else or so insists the sweet troika of Ranbir Kapoor, Priyanka Chopra and Ileana D'Cruz.

But if Deepika Padukone's wince is any indication, the process of making chai and trying out its numerous samples is nowhere as fun as relishing it in its final avatar. 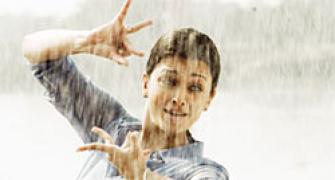